Device used by teens to transform

It was around 2008 to 2010. A team of kids has a device to transform with one button. The main character has a brown colored one. The team has more than 4 members. One character transforms into a hero with closed eyes and has wings. When they are transforming, camera tapes will come out.

The series takes place in space for the most part. In one episode, one of the main characters cries, one teardrop falls on a device, causing the hero of that device to come out. In another episode, the villain pushes one of the heroes towards a planet and the planet gets destroyed.

What cartoon is this?

The main character has a brown colored one

The main character has a combination of red, black, and brown in its various forms. The base form is primarily redish/brownish

The team has more than 4 members.

One of the characters can transform into Kazemon 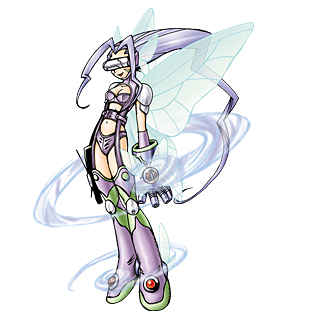 When they are transforming, camera tapes will come out.

When the main characters are Spirit Digivolving, the animation shows a film-like ribbon surrounding their bodies 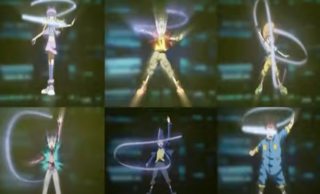 The series mostly takes in space.

The Digital world in Digimon Frontier is surrounded by three moons, and at some point in the series, they are shown traveling to the various moons.

the villain pushes one of the heroes towards a planet and the planet gets destroyed.

5
Show that I watched on Cartoon Network, about teenagers who could transform to monsters
9
People with transforming vehicles fighting alien-like humanoids with one hero being transformed into a villain
7
Cartoon where characters would fight with capsule gauntlets that shoot out small creatures
3
Cartoon show in which two college students fought monsters
3
Early 2000s cartoon where these teens could transform into creatures with their phones
3
3D cartoon where the MC finds a red robotic arm and it gets stuck on his right arm
4
An anime or cartoon with Magical Artifacts that grant powers