In Assassin's Creed: Embers, who talked to Ezio before the end?

Even though the character appears in the credits as "Young Man", he talks knowingly to Ezio, takes his hand, tells him "Courage, Ezio". So he clearly knew who he was talking to. He's the only unnamed character in the 20 minute video.

I just can't shake the feeling that it's not such a random encounter. So, who could he be?

A forum post with a screenshot of a chat features this answer from Ubisoft employee ubigabe :

he's actually nobody at all

Yet, adding to the controversy, this picture of the young man's sleeve has a Templar cross inside. So... He's undetermined currently, with some possible plot hooks. 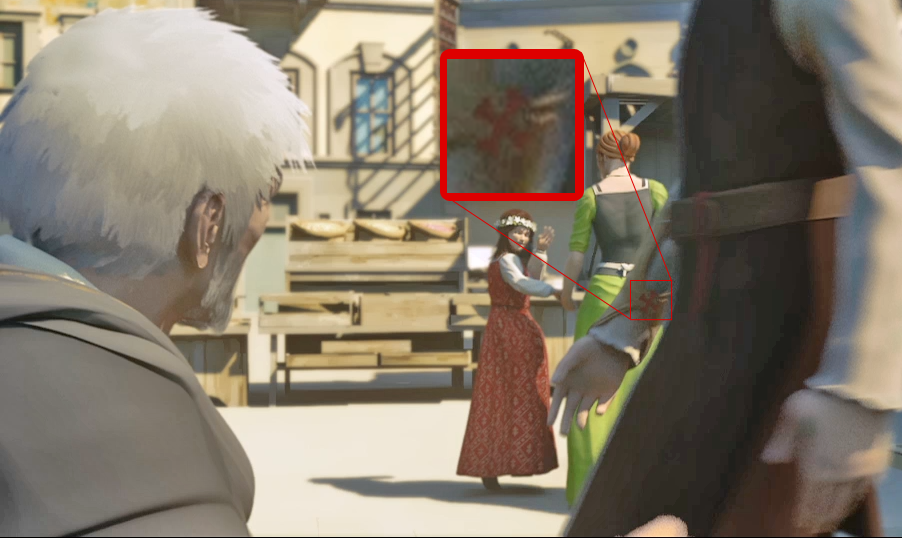 I think he might have been an assassin turned templar like Haytham which explains why he knows Ezio he sat down probably knowing Ezio was dying and paying respect to his old mentor talked with him then tell him to rest in peace in his own way, because if Ezio considered him a threat he wouldn't have left him that close to his family without killing him the realizing moment Ezio had was probably remembering him and knew his time was up because if Ezio WAS poisoned id like to believe he'd take the guy with him thanks to the blade he has on his waist

Well, the general consensus that I've heard is that it's an old recruit that Ezio personally trained that turned into a Templar. Not unlike Haytham Kenway. He also mentioned how much he liked Rome compared to Florence and Roma at the beginning of the games was considered Templar headquarters and Florence being controlled by the Assassins. Also there is a photo of the clothing of the man and it had the Templar cross.

The canon reason of death of Ezio is heart attack. So in my personal headcanon the Templar saw that his old mentor was dying and even though they are opposite sides decided to somewhat comfort his old mentor at his time of passing and give him his respects.

Now my personal theory that I've had for a long time is that the man is death himself. Because just before the actual moment of death for Ezio the man grabs his arm and lightly touches his shoulder when he stood. Throughout different media in the real world where death is portrayed the way he does the final deed is they put their hand on them just as the man put his hand on Ezio. Which would explain why the man seemed to completely disappear.

Look at the man carefully. He has a scar on his lips that Ezio also has. He also talks like Ezio in his youth. Ezio was also a womanizer. I think it's Ezio from the past but in another form. It's Ezio, I know it.

I read someone else's post explaining how as Ezio was dying, he basically hallucinated himself as a young man there, since in the end you get the credits “When I was a young man I had liberty but did not see it, I had love but did not feel it” and so on, plus how the man says "Courage, Ezio", before leaving, and would explain why Ezio confronted him with “I don't think it's the women that are the problem”.

Also for the theory he was poisoned, Ezio showed signs throughout the mini movie of being on deaths door from simple old age. Right before going to the plaza where he died, before his wife came into his office-like room, he showed signs of a heart attack and then again in the plaza. Ezio died of old age from a heart attack, a natural death.

I don't want credit for the discovery of who the man was so here's the site where I learned this:

My answer is this. The young man is ezios vision of death. Ezio visioned death as an image of his past self. Only then to realize he had love liberty and time. He was never poisoned. He just simply died of old age and had a heart attack

user44513user44513
1
Add a comment  |
Highly active question. Earn 10 reputation (not counting the association bonus) in order to answer this question. The reputation requirement helps protect this question from spam and non-answer activity.

Not the answer you're looking for? Browse other questions tagged assassins-creed or ask your own question.