What happens if the Borg queen dies?

In the television series STG, Vogager and movies there has always been a Borg queen character. While the Star Trek wiki has plenty of information about the history of the character. I'm still unclear as to a couple of things regarding the queen.

Considering that the Borg is a collective mind. How could it be possible to single out a single drone to be either promoted to queen or assimilated into that role. That in my mind would conflict with the nature of a collective. Since the individual does not exist, then how can one be selected. 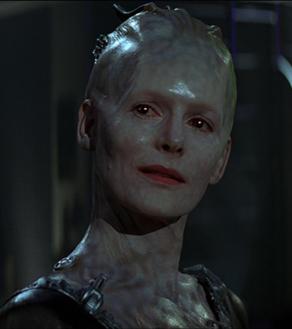 The Queen isn't so much an individual as the collective personality of the Borg. 'She' has actually been killed multiple times. It's nothing but an inconvenience - the body she inhabits and speaks through is just another drone. When she died at Picard's hands, the local Borg she had collected under her direct control became leaderless - at that point, she functioned as the central node of their limited Collective (those Borg were not joined with the Collective of the past - they were too far away).

It's possible, as I've speculated in other answers (which I will link, when and if I find them) that the Collective did not initially have a personality 'in charge' of it - the Queen references her species at some point. Now, though, it does. It's possible that all the 'bodies' the Queen wears are cloned (perhaps from her initial DNA) to give her a consistent face and form.

The destruction of the Queen's current body would not be a serious long-term problem for the Borg - there's no chance they would have survived this long if they made the mistake of not backing up their vital systems. Killing a single drone (even if the Queen is inhabiting it) won't kill the Borg, ever. What does occur is a temporary and local loss of cohesion - the Borg Queen seems to take over function as a local central node for nearby drones. This makes sense - she's usually well-defended, she doesn't take a physical body except when there's an urgent matter, she cuts the communication loop significantly by localizing the Borg network, and by having direct control over the local network, the Queen has all the data on the local situation immediately at hand. This is what she did in First Contact, since the time-traveling drones were cut off from the Collective she took over as the central node, essentially becoming the Collective for the Future-Borg (and new assimilations).

If you kill the Queen the Borg in the immediate vicinity will be cut off (briefly) from the Collective, until they can reestablish the connection. The Borg 110 light years away, in the process of assimilating a starship? They're not affected in the least.

-1
How does the borg queen keep coming back to life?
24
Who are Species 125?
4
How can The Collective have The Borg Queen?

32
Why do the Borg only assimilate at close range?
4
How can The Collective have The Borg Queen?
4
Can the Borg Queen lie?
5
How long does it take for a Borg ship to assimilate a planet?
7
How was General Korok able to take control of a Borg Sphere, and in such a short amount of time?
11
Could the Borg Queen be freed from the Collective?
4
How could Hugh infect the collective?
9
Was Geordi and Data's "invasive program" to annihilate the Borg ever attempted again?