Which "Batman Beyond" episode has dream life simulation machines?

There was this episode in Batman Beyond, which starts off with a bunch of people stuck in some anti-gravitational bubbles, dreaming about a great life (I remember one girl was dreaming of her boyfriend asking her to marry her, and this one dude was dreaming about being a rock-star and all the celebrity that came with it). They were like some sort of junkies, dreaming of a good/better life, hooked up to a simulation machine.

If I remember correctly this whole scene is set in a sort of a shady cellar and I believe it is the Joker who is behind this whole setup.

Anyway, I would really like to watch this episode again, for inspiration in writing something related, but I can't remember which episode it was.

You're thinking of the episode "Hooked Up".

Batman discovers several teenagers addicted to a new form of virtual reality, which causes harmful side effects and pushes many of its users to crime to pay for their habit. Things worsen when Max, who has been pressing Terry to let her take a more active role in his crimefighting, investigates the technology and becomes hooked on it herself.

The virtual reality shows the user the world that they want the most. It's been a while since I watched that episode, and the synopsis doesn't mention anyone being proposed to in their fantasy, but one of the fantasies shown is a guy being a rock star at a concert.

Users of Spellbinder's device were encased within a sort of sphere as you described. 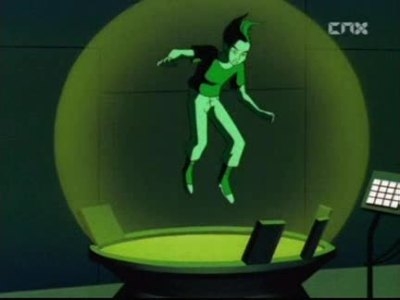 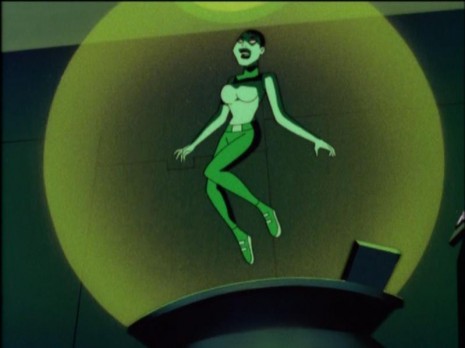 This site has the episode available for streaming.

Spellbinder also appeared in the episode "Spellbound", which DOES include a scene at a wedding. 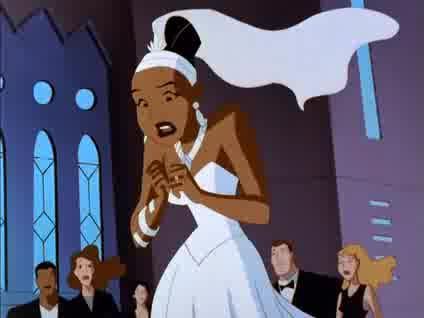 IMDb's episode list for the second season of Batman Beyond has the following description for "Hooked Up":

Batman investigates a ring of troubled kids who are so addicted to powerful virtual reality fantasies that they will do anything to continue them.

There is a good chance that this is the episode you are looking for.

Not the answer you're looking for? Browse other questions tagged story-identification dc batman episode-identification cartoon or ask your own question.

14
Has Batman ever had a brother?
7
In which Comic Book series is Batman actually Thomas Wayne?
6
In which Batman comic issue was there a plague of illiteracy?
3
Batman (1966) episode where they're stuck in a room?
1
Which Batman Series has had the most batmobiles to date?
11
Has Batman ever fought Hawkman?
14
Which martial arts styles has Batman been said to use?
1
Looking for an episode In the Batman Animated Series where Batman copies himself
1
Which Batman story is this scene from?