Movie where man implants device on his head and gathers children

I'm looking for a movie which I saw the trailer for a couple of years ago. Probably from 2009, but maybe later.

It was a science fiction / body horror movie, set in the current time. There was a creepy, driven guy who implanted some kind of device on top of, or into his head. The thing he put on his head was very striking, it looked like an elongated pyramid, or cone. He seemed to live in an abandoned warehouse, and he gathered a lot of kids around him (who he probably controled with his device). Unfortunately, I don't remember more details, because it was just a trailer. It's probably not too obscure, because it ran in a mainstream cinema before a big film (probably Moon), however I can't find it.

The movie is called 0000. I was looking for the same thing and finally found it. 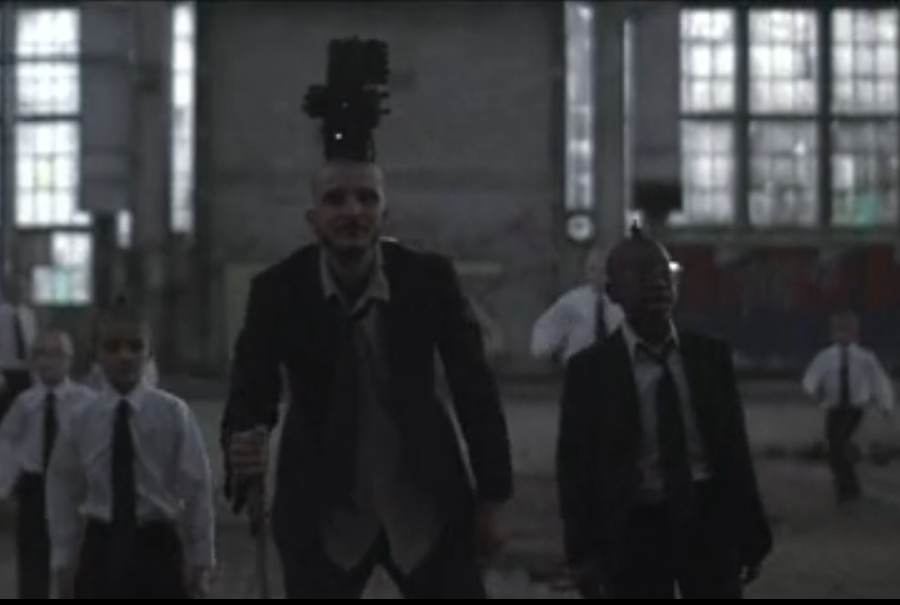 You can also view some details at the director's site, http://eddiealcazar.com/

Pyramid Head (spoilers) from Silent Hill (2006) had an elongated pyramid for a head.

The time is earlier than you asked for, but the abandoned warehouse, kids, horror, and pyramid head fits.

Could it be The City of Lost Children?

11
Book where a young man gathers memories from formaldehyde-preserved animals and minds
6
Movie about a man and a worm inside his head
16
Movie with talking zombies, one zombie eats his own arm
26
Movie where children are assigned life role at birth
4
Science fiction novel (first of a series?) about brain implants and social change