ST: Voyager - Why did Alice call the particle fountain “home”?

In the ST: Voyager 'Alice' episode, Tom Paris is ensnared by a derelict ship through the use of a neurogenic interface. The ship wants to bond with Paris so that he will fly her to a specific place that she refers to as "home". This is a spatial anomaly called a particle fountain. The junk trader, Abbadon, says that according to the Haakonian pilot he acquired it from, the ship is 'haunted', but B'Elanna Torres refers to it repeatedly as a computer program while trying to convince Paris to resist its control. Is 'Alice' a spirit that once originated in the particle fountain or is it a program? Why does she call the particle fountain home? 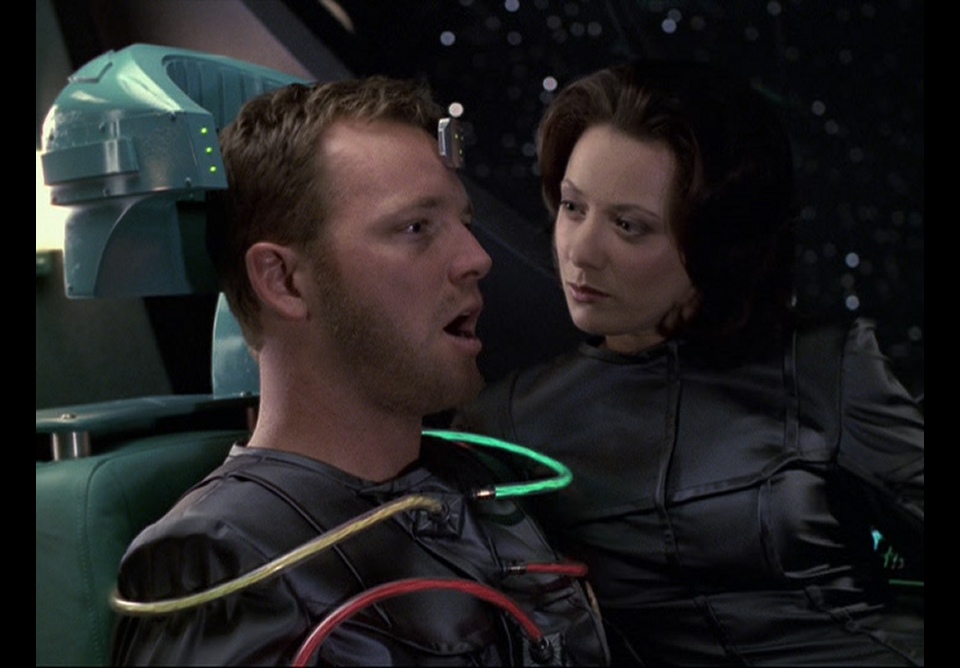 Alice was the AI computer core of the ship and while it's never explicitly stated, I always got the impression that she was calling the particle fountain "the way home" and the fountain was something akin to a wormhole only extremely difficult to navigate and possibly not going through space but through dimensions.

Since it's never explained it's really only speculation but there is some evidence in the episode for the hypothesis.

The ship's technology is unlike anything they have seen any species use, the trader told them the ship was looking for a pilot with "the ability to unlock her full potential", and the ship did want to fly into an anomaly that by all accounts destroys ships.

13
Why did Voyager have tricobalt torpedoes?
43
Why doesn't Voyager in Star Trek go above the galactic plane to get back home?
40
Why would Voyager require 75 years to return home?
9
Did Voyager actually trade technology?
10
Why didn't Voyager get home in the first season?
14
Why did Michael Jonas betray Voyager?
55
Does Voyager ever answer a distress call from anyone good?
3
In “Course: Oblivion”, why did Voyager not find the probe?
22
Why didn't Kes send Voyager home?
3
Why didn't Voyager use fluidic space to get home?