Who created LCARS and when was it introduced?

(I know - 2 questions, but they are very closely linked). After reading the Memory Alpha page on LCARS, there is no reference to an actual date when LCARS was introduced, only a vague reference to the first movie it was seen in as being Star Trek V, but there is no actual date for the implementation of the system. There is also no mention of who created LCARS. So, is there any reference to a definitive date for when LCARS was introduced and who created the system (in-universe)

It is highly likely that the LCARS interface was introduced to Starfleet vessels sometime between 2344 and 2354. Unfortunately, as stated in the answer by uncle Mikey no exact date is given, but this ten year range should be fairly close.

The Enterprise-C does not have LCARS in TNG:Yesterday's Enterprise, which was destroyed in 2344. 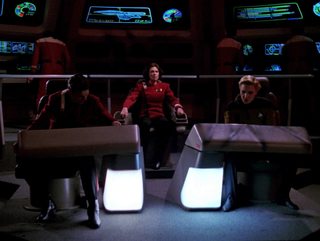 However, the USS Raven, which was used by the Hansens in 2354, does have LCARS as seen in VOY:Dark Frontier. 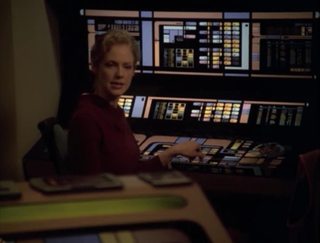 It is possible that LCARS may have seen it's first introduction shortly before 2344 and that Entperise-C just hadn't been refit with it yet. We can't be sure since the construction date for Enterprise-C is unknown.

The appearance of LCARS in Star Trek V was likely a production error because, as stated on the LCARS page, the interface is not seen again in either Star Trek VI or Entperise-B in Generations.

As for the question of who created LCARS, as user Matt commented this is difficult to pin down because it was probably a large scale project with lots of researchers being involved in it's creation.

Generally speaking, in Star Trek, there are no canonical dates mentioned for the introduction of specific technologies, or specific past events, unless that date directly affects the story. For example, the exact date of Zephram Cochrane's first warpflight, and subsequent First Contact with the Vulcans, was only established because it was part of the plot of Star Trek: First Contact. The introduction of the transporter was only established when it became part of the ongoing plot of Enterprise, particularly first season, that it was a very new and not entirely trusted technology.

Since no story has ever hinged on the exact date of introduction for LCARS, we do not (and now, probably never will) know.

Not the answer you're looking for? Browse other questions tagged star-trek lcars or ask your own question.

23
Which technology was introduced through “Star Trek” (2009)?
25
Was Star Trek's original Captain Kirk always fond of antiques?
11
Who created the Prime Directive?
3
What is the precise difference in age between B4, Lore and Data?
5
Robert April in the alternate timeline
3
What is docelerite?
15
Did this Voyager character take his own life?
12
Cat person in Star Trek crew animated series