Need help identifying a comic book about a wizard

I need help with identifying the comicbook, what follows is my best effort to gather whatever I remember from reading it years ago (circa year 2000, but I'm positive it was older than that):

Rings any bells? I'd like to read it again only I can't google it out.

I found it, thanks to a clue I got on reddits some one asked if it was an "euro" comic, which it happened to be, dramatically narrowing the list to look through.

It was Rork, specifically Issue #2: "Passages" 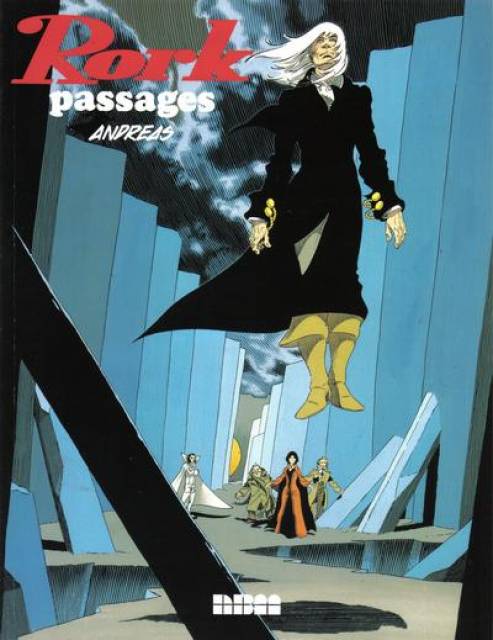 The character Rork is a white-haired "wizard" from another dimension who solves supernatural mysteries, before embarking on a quest to discover his origins. During his quest, he is assisted by a cast of characters including occult detective Raffington Event, astrologer Capricorn, the psychic Deliah Darkthorne (aka "Low Valley") and her daughter Sy-Ra, the immortal Yosta, and others. His enemies are the mysterious Pharass and Dahmaloch, revealed to be an analogy for the Devil himself in the later and twin Capricorne series.

This sounds just a bit like when Widget cast Mordred the Mystic into another dimension, but I'm not sure there are enough similarities with what you describe to suggest the character you're seeking is Mordred the Mystic.

5
Comic about a man who constantly decomposes, but can assimilate living creatures to his body
8
Comic book about a British aesthete in an anachronistically advanced Victorian world
4
Need help identifying novel about water planet with mams, moonsteeds, mermaids, and singing
6
Identify horror trilogy from 80s… third book was about zombies
5
Need help identifying a fantasy series
0
Book series about an orphan named Colin who fights demons for a council of mages