The ultimate fate and influence of the HMS Bounty

Is there canon information regarding the fate of the Klingon Bird-of-Prey that was re-christened "HMS Bounty"?

It was last seen floating in San Francisco Bay at the end of The Voyage Home, as a backdrop to Kirk and friends playing with whales in the water.

By some standards, it should be a famous ship.

Fame aside, the ship's grounding on Earth would probably represent an immense tactical advantage for Starfleet at the time. Is there any canonical information about what was done with the ship by Starfleet?

Related enough to be part of this question: Did the capture of the Bounty influence any subsequent design decisions of Federation starships or of Birds-of-Prey? (This should be treated as a sub-question of the main question, regarding the fate of the ship.)

The fate of the HMS Bounty was not officially addressed.

However it was part of an early storyboard draft for a scene in Star Trek VI: The Undiscovered Country in which the HMS Bounty was to be disassembled by Starfleet engineers. 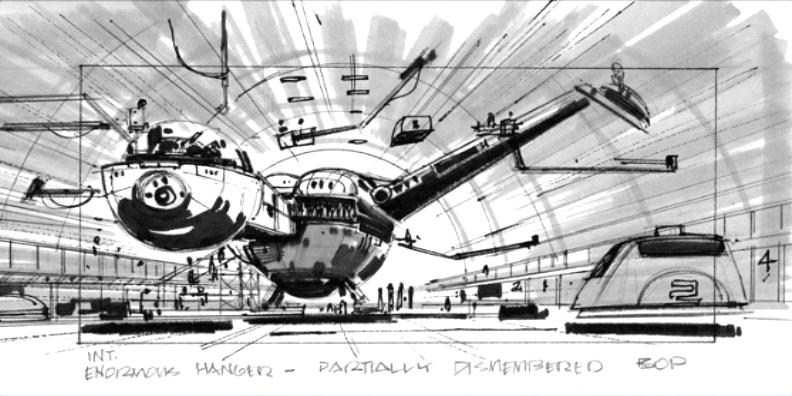 Just not enough time/money it seems.

24
How did Kirk get the whales out?
10
Do parallel realities take precedence over time travel in the Star Trek Universe?
9
Why didn't the Earth & Vulcan battle cruisers engage the Xindi SuperWeapon and Reptilian ship?
38
Why was the Defiant so small?
15
Earth-centric naming of Starfleet vessels
4
Why was the Grissom sent alone to study the Genesis planet in Star Trek 3 : The Search for Spock?
9
Why didn't the Universal Translator speak whale?
32
Do Klingons have escape pods?