Why didn't Gamora collect the Orb for the Collector?

In Guardians of the Galaxy, Ronan sends Gamora to intercept Peter Quill on his way to the Broker.

But, some time earlier, Gamora had accepted the same mission from the Collector. (This occurs in the MCU canon "Guardians Of The Galaxy Prequel Infinite Comic.") 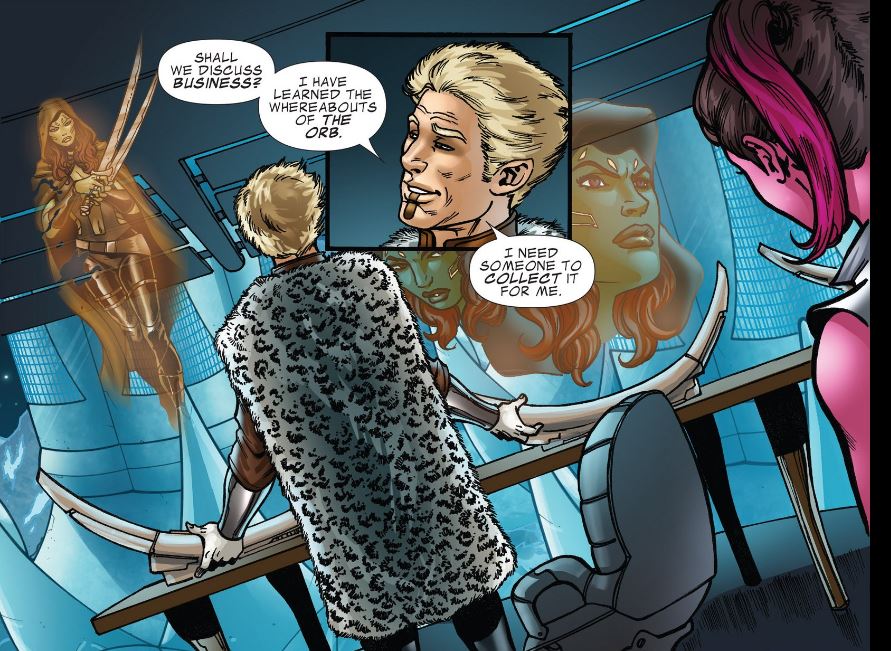 When she accepted that mission, she even said, "I do not trust you, Tivan, but I trust Ronan even less. I will obtain the Orb. And you will keep it safe." Why did Gamora apparently disregard her mission from the Collector, wait around for a while, and then only go after the Orb once Ronan sent her to intercept Quill?

What is going on here?

Gamora is (quite rightly) scared of both Ronan the Accuser and her father Thanos, and is basically a slave to them both, a role which does not suit her as well as her adopted sister. As such, disobeying their orders - or maybe even travelling to a planet they have not yet asked to her to visit - would be dangerous for her, and Gamora is smart enough to realise that. So she had to wait for the right moment to attempt to take the Orb, whether that be waiting to be sent to the planet Peter Quill finds it on, or waiting until she has the chance to steal it.

As luck would have it, she is soon sent to get the Orb from Peter Quill for Ronan, thus giving her the perfect opportunity to get the Orb safely, leaving Ronan and her adopted Father clueless to her whereabouts at first, giving her time to go "on the run" and safely deliver it to her contact, The Collector.

Not the answer you're looking for? Browse other questions tagged marvel-cinematic-universe marvel guardians-of-the-galaxy-1 or ask your own question.

52
Why did Drax call Gamora a whore?
15
Who was the Broker brokering for?
76
Why did Peter Quill wait 26 years to open his mother's gift?
6
How does "The Deadliest Woman in the Galaxy" get apprehended in prison?
17
Why is Gamora Thanos's favorite daughter?
24
Has Drax in fact mastered the ability to stand so still that he becomes invisible?
44
Why does the Nova Corps list Gamora as the last of her species?
14
Where do the spacefaring humans of the MCU come from?
10
Did Yondu know Peter had "swapped" the orb?