How can this fall in Arrow plausibly be survived?

Ok, so there is a saying in the cold-injuries field, "you aren't dead until you’re warm and dead".

But I mean, come on. How do they really expect us to believe that

Oliver Queen fell the equivalent of almost 9 stories onto rock and lived?

Forget for a minute even about the fact that immediately prior to this he was stabbed directly through the chest with a broad blade sword, which by itself would almost certainly cause a person to bleed out instantly, no matter how cold it is. The location of the piercing, if it missed the heart, would have severed almost half of the primary arteries to the heart. No-one could recover from that.

But let's just forget about that half of his certain death for a moment.

I paused the video and estimated that the distance he fell was the equivalent of almost 9 stories. That's over 100 feet high, maybe close to 120 feet.

Using this calculator, I calculated that if a 250lb (approximate weight of the Arrow) person fell 120ft (the approximate distance he fell) then he would be moving at about 58miles per hour when he hit solid, frozen rock.

Consider that's the equivalent of stepping in front of a tractor trailer in the middle of the highway, and he doesn't hit his brakes. This reminds me of the scene in the Miami Vice movie when the guy walks away from his Ferarri that's parked on the side of the highway after finding out his whole family was just murdered and gets hit by a tractor trailer. It only shows a streak of blood, but you get the picture. I couldn't find the scene on youtube, but I did find this falling watermelon dropped off a stadium, which should give a similar picture of what Oliver Queen should look like after that fall (keep in mind this is about half or maybe 1/3 of the height that Oliver Queen fell):

Here's a screenshot of what would be left of Oliver Queen: 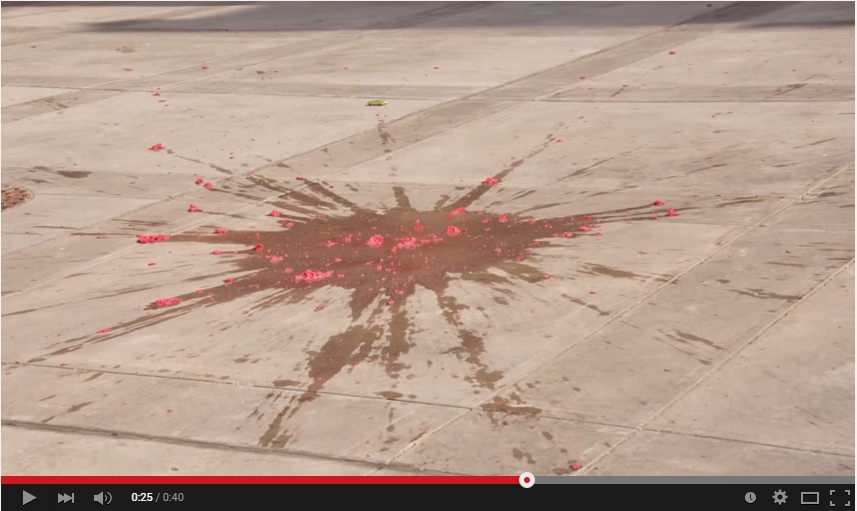 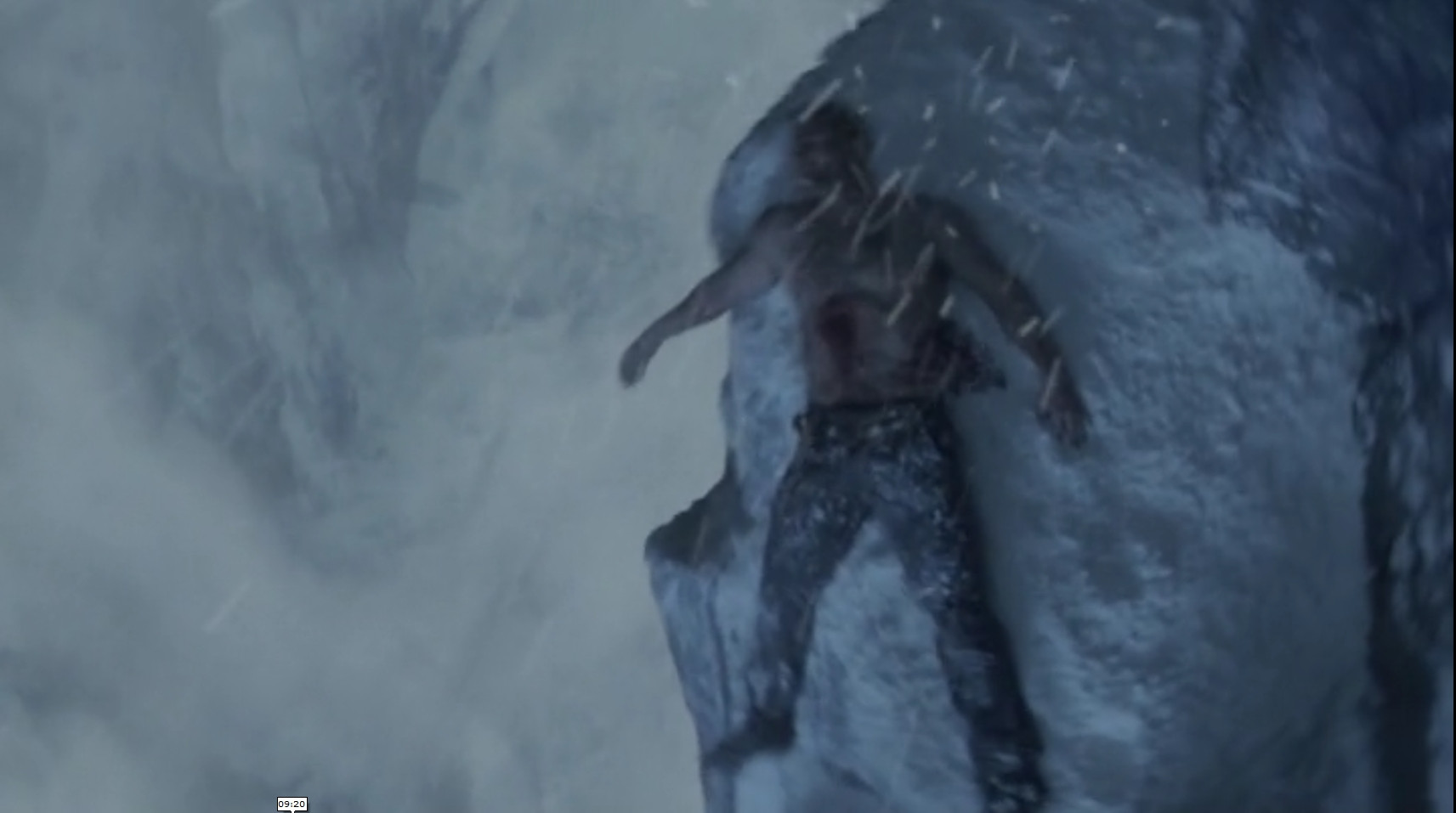 I made this animation from the video clip. Judge for yourself.
http://imgur.com/pQzBiru/

So tell me, what plausible solution, if any, can they possibly give to explain surviving this completely impossible fall?

Actually, he did die. The show tends to gloss over the details of

Oliver's fight with Ra's, and particularly its ending

but the sword wound alone would have killed him, even without the fall, not to mention the exposure. By the time his body is found by Masao, he is definitely dead (or close enough to make no difference).

He was brought back to life by

which we see in action a bit more late in the season, in the form of flashbacks. The number of times people make reference to him coming back to life, including the fulfilment of Ra's prophecy, means he was pretty dead.

Note that it takes a long time to recover from the injuries, even with the help from supernatural medicine, which likely means he had quite a few broken bones and internal injuries. At best, we can probably assume he didn't fall straight down the side of the cliff, so bumping into the various rocks jutting out of the side may have prevented the most serious damage to his body, leaving just enough of him to be healed.

Note that the details of this super-natural healing, AFAIK, isn't discussed very much. In the source comics,

Katana possesses a magic sword that absorbs souls, and can resurrect people using those souls.

It's not clear if that's what happened here or not, because there are side-effects to that particular healing and we see none of that in Arrow.

11
Does Ray Palmer from Arrow become Atom?
11
Why doesn't Team Arrow use codenames?
15
How does Oliver know he's grabbing the right arrow?
8
How could nobody recognize Oliver Queen as Arrow
3
What computer OS is used in Arrow?
2
Why was this person not affected (Arrow)
6
How did Susan make the connection to Oliver Queen being the Green Arrow but not the Hood/Arrow?
9
How did Green Arrow manage to make that arrow in the Crisis on Earth-X crossover?