Why are the cannons on a Snowspeeder angled inwards slightly?

This detail has not escaped me, being a fan of the X-Wing / Tie Fighter series and trying to do my own interpretation of a low-poly 3D model of a Snowspeeder...

I've gotten many reference images, and found the most movie-accurate ones show a clear inward angle on the cannons. This means the convergence point would be extremely close and make it impossible to hit anything beyond a certain distance as the shots would splay outwards beyond that distance.

I could make my own argument that their designed to converge at the longest effective range, after which the energy in the blast starts to dissipate, but is there any "canon" reason? (So to speak...)

But even then, it looks to me that the convergence distance on those would be mere meters in front of the craft if you traced them forwards... which I've done below. 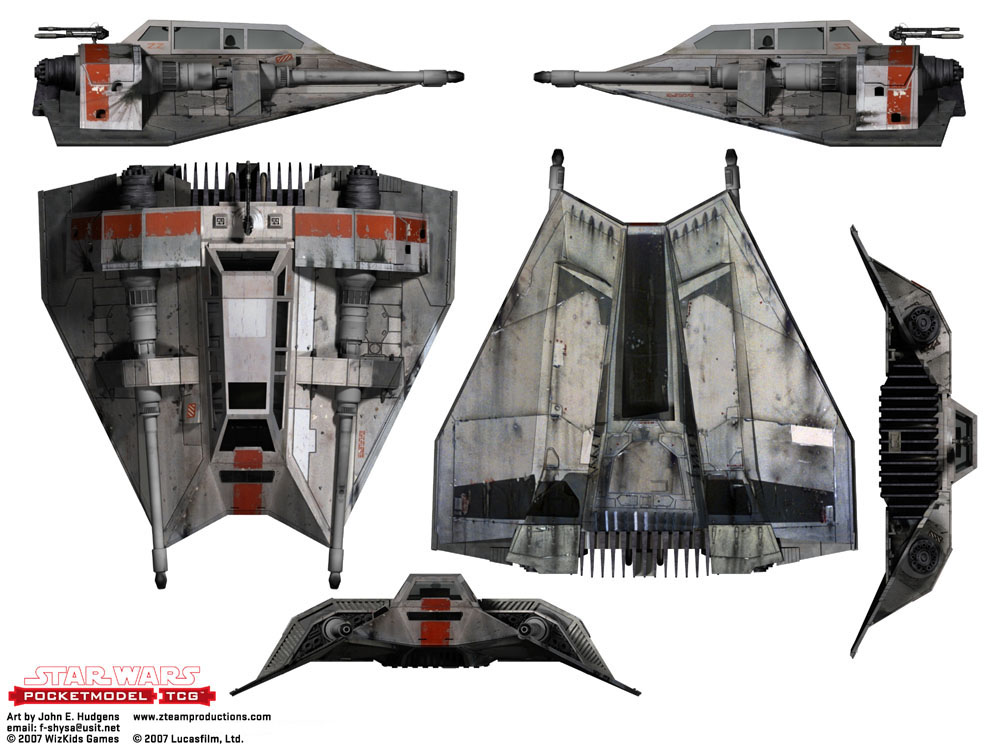 Snowspeeders, like the more traditional snubfighters, had their blasters set to a particular 'zero' - the point where the blasts would converge. This point was adjustable in X-wings, the TIE family of fighters, and most other snubfighter designs.

This was the range at which the weapons were most effective, and could be adjusted to allow for the mission parameters - an assault at ground targets might end up with a longer zero, while an anticipated dogfight would lead to a shorter one, allowing for better snapshots.

This is discussed extensively in one of the books of the X-Wing saga, by Michael Stackpole - Wedge Antilles discusses the upcoming mission with his mechanic, who explains the decisions he made in zeroing the weapons (they chose a mid-point between dogfight and long-range, as the mission called for a ground assault and likely dogfight during extraction).

Most likely, the models you see in screenshots don't accurately reflect the firing angle of the bolts, just the angle at which the mechanisms are assembled. Most blaster-style weapons seem to be able to fire significantly off-bore, up to 15-20 degrees away from a straight line down the barrel. The energy projectors at the end of the weapons could be adjusted to control this, which is likely how the zeroing distance was selected.

Not the answer you're looking for? Browse other questions tagged star-wars hoth vehicles or ask your own question.

113
Why Can't R2-D2 Talk?
20
Why didn't they use the extra cannons on the Millennium Falcon?
23
Why did the wampa put Luke Skywalker upside down in the ice cave on Hoth?
13
Why do Transformers turn into vehicles in the first place?
34
Does this cut material from Rogue One still appear in the novelisation?
7
How do the ventral cannons on the Resurgent work?
14
Can the new AT-M6 resist against the Snowspeeder tactic?