Is the Trial of Jean Grey just a complete misunderstanding?

Some time in 2013, a story line ran between Guardians of the Galaxy and All-New X-Men starting in Guardians 11, "The Trial of Jean Grey".

Here Jean had been transported from the past, accused for her future genocide crimes as the Phoenix.

In X-Force though, after Phoenix's death, they later find the real Jean in a status pod under the river where the shuttle crashed. At that time they eventually decide that Jean was never the Phoenix, and instead Phoenix used a simulacrum of her body and mind.

Do none of the characters involved in the trial know this, or has history changed in some way that again made Jean the Phoenix? I am guessing these could be different Earths, so in that case was Jean ever the Phoenix in some story-lines?

Also what happen to the real Jean? Is there a reason why Gladiator would have never had a chance to put her on trial if he was so desperate for vengeance?

It is Jean's potential as a host for the Phoenix, and what that caused that they put on trial, rather than the actions per se.

After the events of the Dark Phoenix Saga, the Jean Grey wasn't the Phoenix retcon occurs in Avengers #263, Fantastic Four #286 and finally in X-Factor #1 where it's pretty much summed up by: 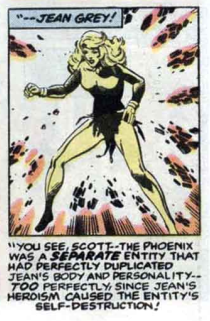 Which neatly removes the blame of the Dark Phoenix Saga and gives us Jean back. Things tick along quite neatly from here, she takes the name Phoenix to "undo the bad that it had done". Things get a little complicated with who is called Phoenix with the introduction of Rachel Grey, but that's unimportant.

Then we get to Grant Morrison's New X-Men which establishes Jean's ability to manifest the Phoenix: 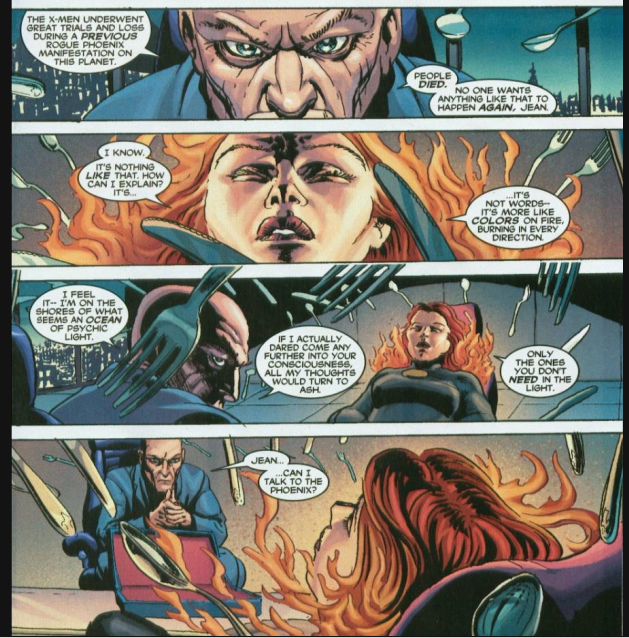 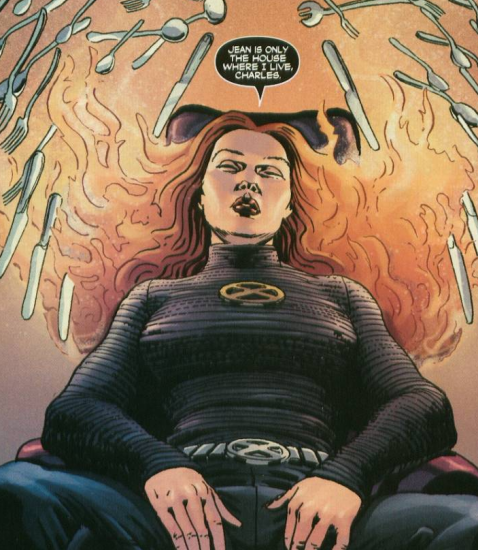 If Jean hadn't have been able to manifest the Phoenix that the events of the Dark Phoenix Saga couldn't have taken place.

In the Trial of Jean Grey they are primarily concerned with Jean as the host of the Phoenix: 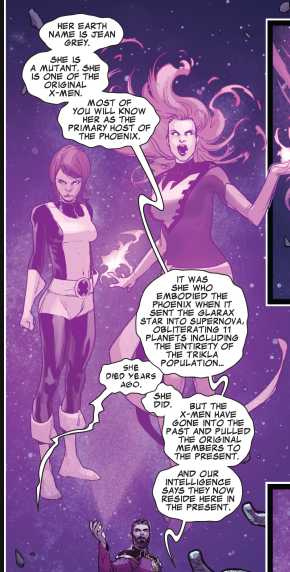 The fact that she could host the Phoenix seemed to be enough for Gladiator: 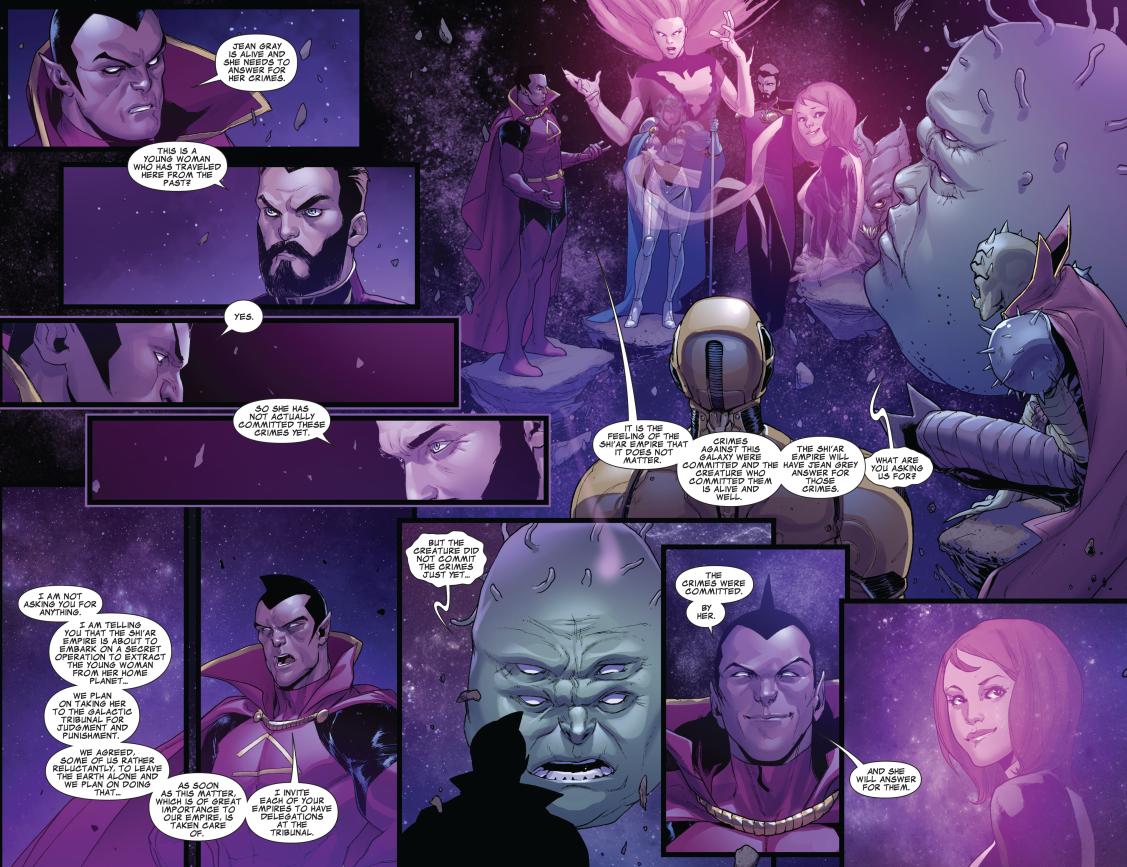 However, Gladiator appeared to not be too concerned with Jean being alive in New X-Men #126: 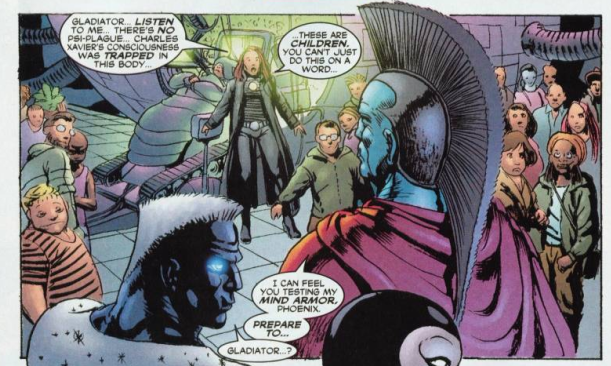 But that was before she began to manifest the Phoenix again. My conclusion is that is what changed his mind (or bad writing).

As to what happened to Jean, she fully manifested the Phoenix and was killed by Xorn (who looked like Magneto) New X-Men #150: 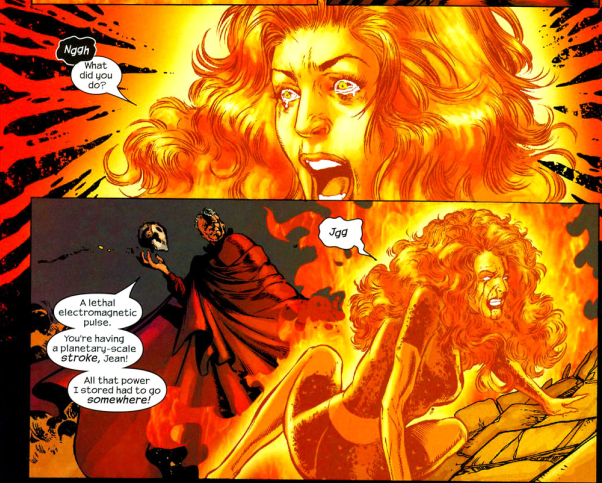 6
How did the Days of Future Past timeline Jean Grey survive?
5
What is the accreditation status of the Jean Grey School for Higher Education?
3
Jessica Jones, Jean Grey and the Phoenix?
1
Was Toad's slime attack meant to do more than kill Jean Grey in X1?
3
Is Jean Grey the only person Toad has slimed?
6
How much self-control does Jean Grey have?
12
Is the first X-Men film the only time Jean Grey has been slimed by Toad?