I was just wondering if he ever did see his padawan again after ROTS. Don't tell me about Rebels. And did they fight when they met?

I'm going to tell you about Rebels; sorry. As far as I know, there are no clues in any other canon sources (although I haven't read the canon novel Tarkin).

It's heavily implied that he never saw Ahsoka after becoming Darth Vader. In the season 2 opener of Star Wars Rebels, Kanan and Ahsoka reach out with the Force, trying to sense their Sith Lord foe (who we know as Darth Vader):

And during a conference with the Emperor:

Vader: I believe the apprentice of Anakin Skywalker lives and is in league with the rebels.

Emperor: Are you certain?

Vader: It was her.

What's more, Ahsoka is clearly shocked and traumatised by the experience, much more so than Kanan is. While we might chalk this up to being an out-of-practice Jedi confronting a Sith Lord at the height of his power, she acts cagey later, when asked about him:

Ahsoka: I wanted to ask about the Sith Lord you encountered on Lothal.

Kanan: You know we encountered an Inquisitor before, but this was nothing like that. The fear... the anger... the hate... you felt it. I haven't felt a presence like that since...

Ezra: Ahsoka, do you know who or what he is?

Although we can't explicitly confirm this, it seems likely that Ahsoka wouldn't have been as shocked if she had previously encountered Vader.

To answer the second question; they fight in a manner of speaking. They're in the middle of a ship-to-ship firefight, but aren't duelling directly. Your mileage may vary.

Vader and Ahsoka did finally meet, and duel, in the Rebels season 2 finale "Twilight of the Apprentice": 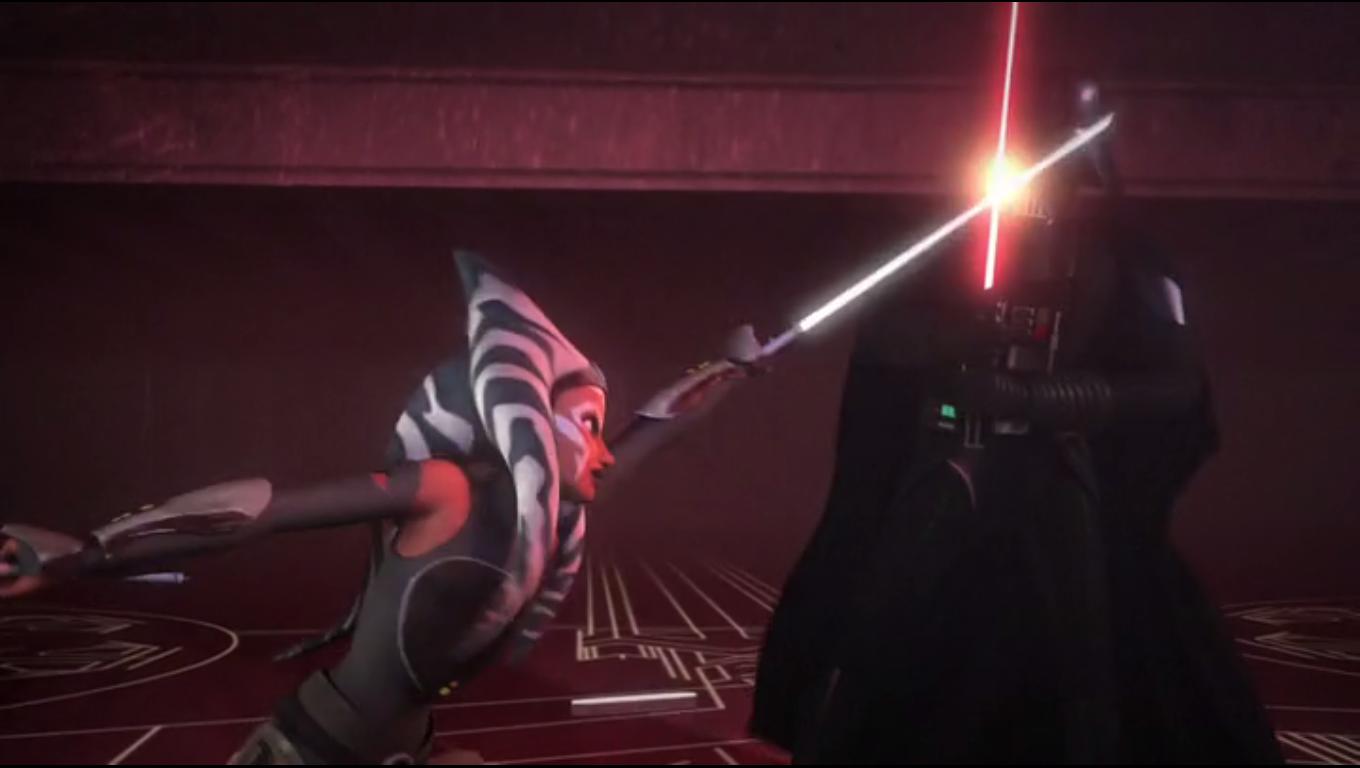 And later in the episode, she confirms his true identity after getting a glimpse of his face under the mask: 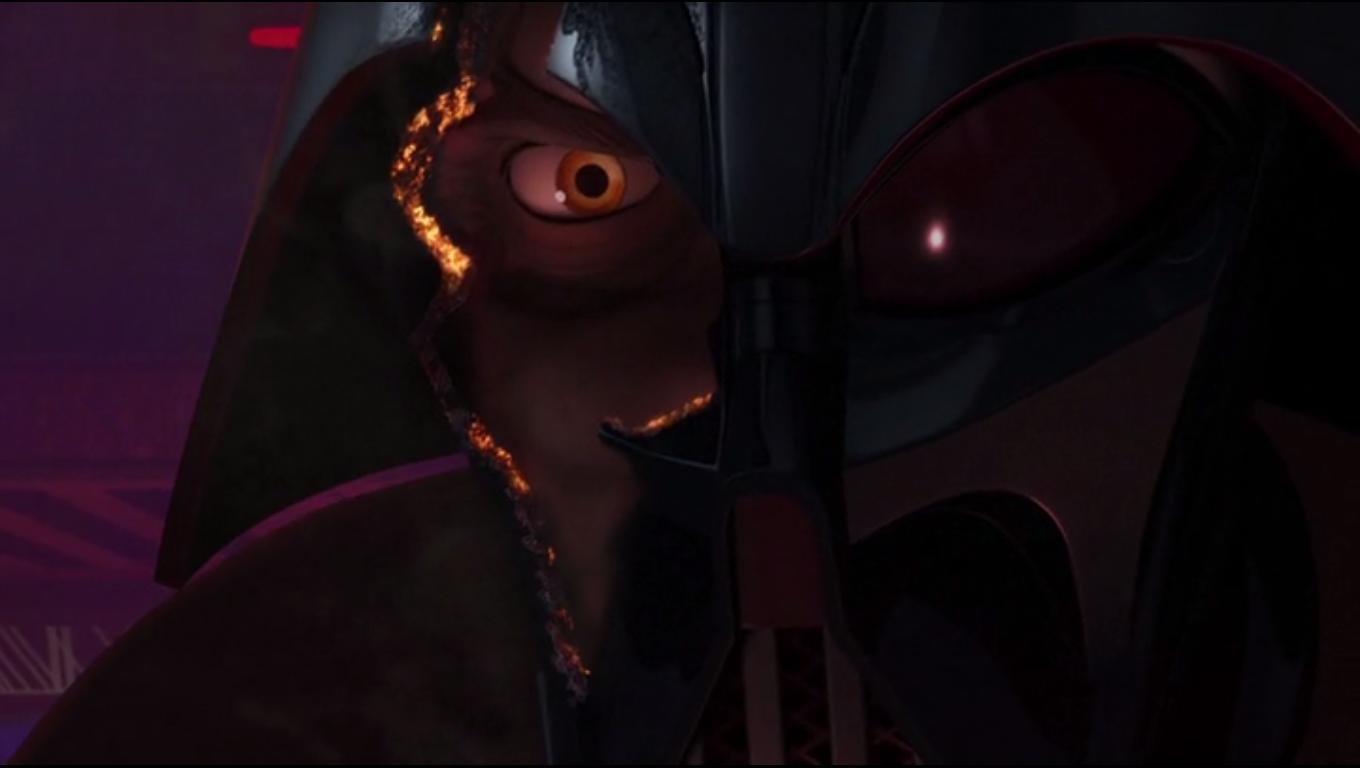 13
Why did the council assign Ahsoka as apprentice to Anakin?
11
Why didn't Ahsoka assist the Rebellion after Order 66?
4
Were Darth Vader duplicates ever used by the Empire or Rebels?
98
Why was Darth Vader so careless?
3
Was Darth Vader at his strongest during Episode III?
34
Why did Darth Sidious have Darth Vader kill the trade federation?
55
Why didn't Obi-Wan refer to Darth Vader as Anakin during the Death Star duel?
5
Did Darth Vader ever take off the armoured portions of his suit to go undercover?
4
How did Ezra save Ahsoka in “World Between Worlds”?