I'm looking for a movie I saw when I was younger. I've been trying to find it for years. I'm for sure that it was anime I'm just unsure as to whether it was a tv show or movie. It seemed like a movie.

I know there were 2 siblings a boy and a girl. I believe from what I can remember the brother was older. One of the two, I believe it was the brother was in league with the evil power of the movie I think. The only part I can remember these people were being turned into what I think was stone-maybe robots. They were very square looking at least in my memory-like they would be lego pieces that would fit together to make this large structure. I'm unsure if it was a ship, or a castle, but it was raising up into the sky. I have tried to look at movies online from google and IMDB and thus far have come up empty. I'm almost positive I saw it in the early 90s maybe late 80s. I think the evil power was some kind of witch. I want to say it was a woman but I'm not for sure. I don't remember seeing the evil power but I think I can vaguely remember the sibling being upset with "her" that this would happen to his sister or something of that nature.

Possibly ''Unico in the Island of Magic'':

In this film, Unico meets a kind-hearted young girl named Cheri (also spelled "Cherry", voiced by Sumi Shimamoto). Cheri's older brother, Toby (in Japanese, "Torubi", voiced by Shuichi Ikeda), is working for the evil Lord Kuruku (in Japanese, "Kukuruku"), who plans to turn all living creatures, animals and people alike, into unusual zombie-like beings called "Living Puppets" to be his slaves; Toby's job is to change people into Living Puppets and then lure the Living Puppets to Kuruku's island castle in exchange for learning more of Kuruku's magic. His plan is to obey and serve until he learns enough to be the master, but fails to protect Cheri twice. Toby also takes on Melvin the Magnificat ("Yamaneko" in Japanese) - who hates Unico because Unico "intruded" in "his" forest (the forest in which the West Wind left Unico) - as his assistant. After Cheri's parents and neighbors all get turned into Living Puppets, she and Unico team up to stop Kuruku. 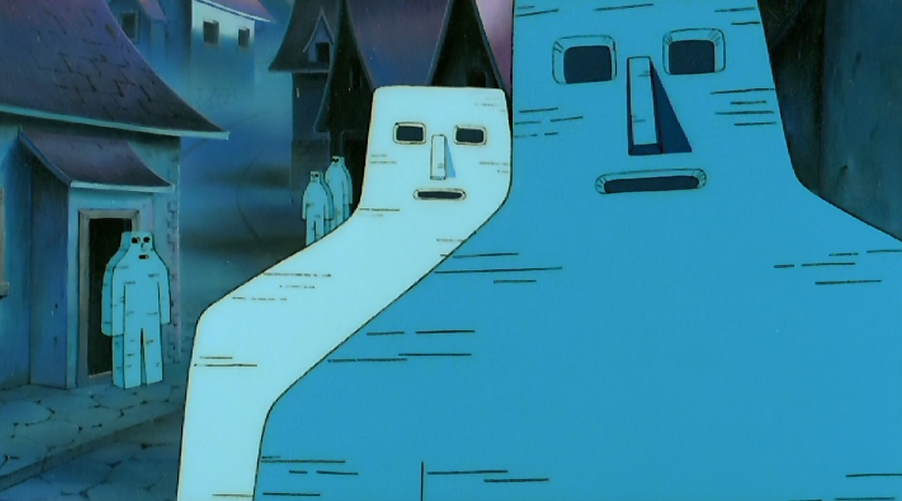 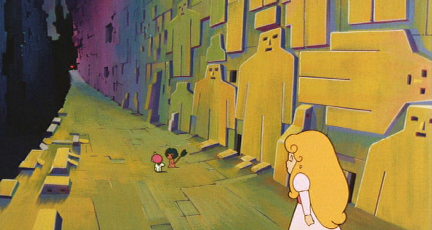 11
Cartoon with a young unicorn and a demon

9
What was this book (time-travelling kids, an old house, a wizard, turning into animals...)
1
80s/90s anime with three robots waken up, and had to be taken down by another robot because they weren't good
5
Movie about a boy who can’t turn into an eagle/falcon like his family
4
3D anime movie with flying islands, flying submarine like ships, main character's​ name is Mika
10
Anime about a red haired boy suddenly being transported into another world