I am looking for a children's science fiction picture book from the sixties or early seventies. It involved astronauts traveling to an alien planet and fighting aliens. The astronauts are losing, until they realize the aliens' weakness is oxygen. They use oxygen guns to defeat the aliens. It was a black and white board book with blue shading. The aliens looked skeletal with minimal spacesuits.

Also duplicating my answer (from here):

Bone People by Henry A. Bamman 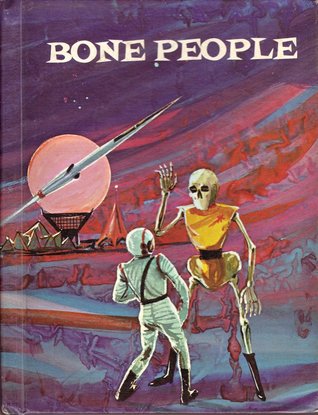 It's book three in the Space science fiction series.

Duplicating my answer from here:

There is little to go on here, but much of what you have described sounds like Mighty Mouse and the Moon Men. The titular hero travels to the moon to investigate some kind of menace. He encounters a race of thin, almost skeletal aliens (rather creepy looking in the cartoon illustration). I think they are actually from the asteroid belt, just using the moon for a base. Eventually, Mighty Mouse defeats them with a gun that shoots air, which seems to "freeze" the vacuum-dwelling creatures.