Which anime is this character from? 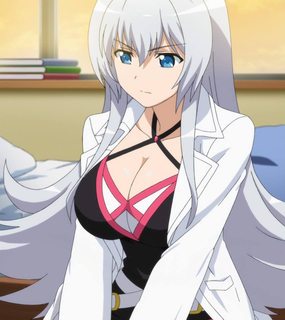 Which anime does this character come from? What is the genre? I'm trying to find more anime so that I don't run out of ones to watch.

This is a character from the anime Ore, Twintail ni Narimasu (sometimes titled Gonna be the Twin-Tails!! in English). Developed by Production IMS, it began airing in Japan on October 9, 2014. I've seen it described as an example of the "magical girl genre".

The character in question is Twoearle (Tuāru), aka "Thouars", voiced by Japanese actress and singer Maaya Uchida. 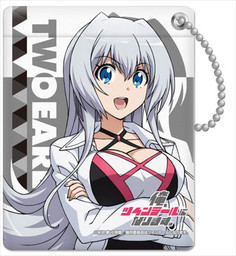 Note: From what I have read, I would say this anime is fairly NSFW.

2
What dark anime show had a character with organic armour who fought for good?
8
Anime where a character works to prevent his birth
3
Trying to figure out what this anime is called?
12
What anime is this character from?
2
Anime: Girl travels to a foreign country with an ongoing alien invasion
4
Anime character of a girl with black hair, animal ears, pink clothes and with a pink flower in her hair
6
Looking for an older maybe 20 year old Mech Anime
5
Anime with fighting and magic weapons?
3
Anime where a man shoots bullets controlled by small creatures