I'm looking for a Star Wars comic book, which I read as a kid maybe in the mid-80's.

I only remember the climax, which was Millennium Falcon being chased by Vader in a TIE fighter. The heroes were pretty much done for, until they jettisoned Falcon's water supply. Water turned to ice, Vader damaged his TIE to ice blocks and was left spinning in space (similar to a New Hope), and the Millennium Falcon escapes.

I don't recall who was in the Falcon at that point, but I have feeling that at least Han, Chewie and Luke.

Sometimes I feel like I've been imagining whole story all this time, would be nice to get confirmation :)

Answering this myself, with Jon B:s excellent lead I was able to track down the comic book. Issue in question was indeed one of Marvel's Star Wars series, No. 52 "To Take The Tarkin", October 1981.

The Rebels Luke Skywalker, Leia Organa, and Chewbacca along with the droids C-3PO and R2-D2 have infiltrated the Imperial superweapon Tarkin with the intention of sabotaging it. While they are carrying out their plan, Darth Vader is arranging a confrontation with Luke, but a group of Imperial officers led by General Biel, are planning to destroy the Sith Lord. The officers' plan fails, but Vader decides to focus on capturing the Rebels and deal with the insurgents later. Having hampered the firing mechanism of the Tarkin, the Rebels escape the station but are attacked by a group of TIE fighters, including one piloted by Vader. Fortunately for the Rebels, Lando Calrissian had stowed aboard the Millennium Falcon and he pilots the freighter to the aid of the others. With Vader's fighter disabled, Biel attempts to fire the Tarkin's superlaser at the Rebels, hoping Vader would be caught in the blast. But the superweapon self-destructs at the time it fires, killing all on board.

Here's the scene described in OP, pretty much same except that Vader didn't end up spinning in space but was presumed destroyed (and crew of Falcon was different). 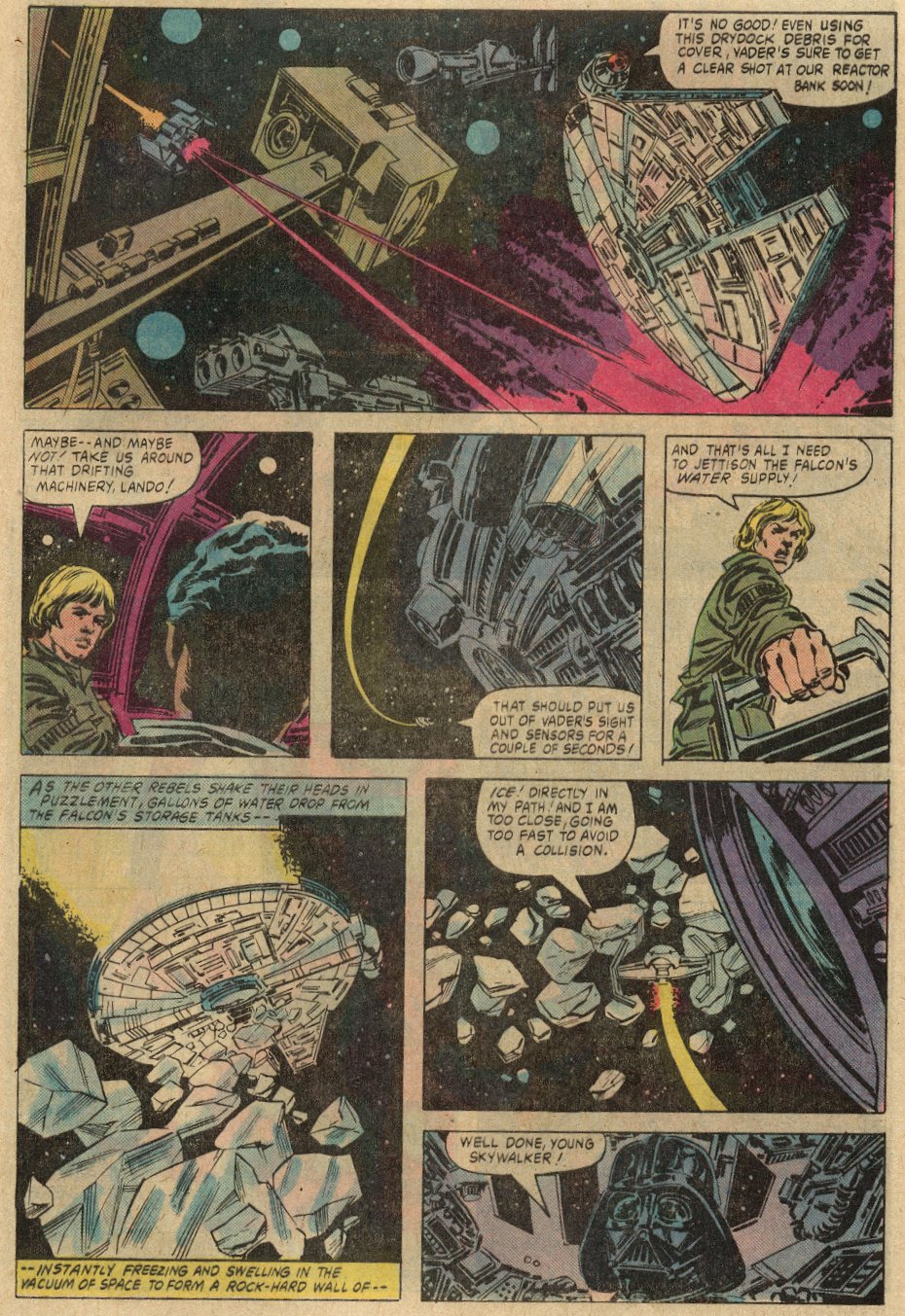 Not the answer you're looking for? Browse other questions tagged story-identification star-wars millennium-falcon or ask your own question.