How do people breathe in the Dredd universe?

From what I know about the world of Dredd, the Earth is pretty much either irradiated wasteland or cities. There are still billions of people living in the megacities taking up all the oxygen, and there are no plants to produce more. It seems eventually the planet would simply run out or dip below sustainable levels. Was this ever addressed?

The out-of-universe answer is the Dredd universe is a satire of an overpopulated, over-urbanized police state and not intended to make scientific sense.

The atmosphere of the Earth weighs about 5.15e18 kg. 3/4 of that is within 11km of the surface, so let's use that: 3.86e18 kg. How much of that is oxygen? Oxygen is about 21% by volume with the rest being nitrogen and 1% miscellaneous that I'll ignore. But we want the percentage of oxygen by mass.

We can use the density of those gases to work out their mass ratios in air. 1.331 g/L for O2 and 1.205 g/L for air at normal temperature and pressure.

How long will it last?

Lacking a census for the Judge Dredd universe, I'll use 10 billion people or 1e10. They will have 9.6e4 or 96,000 years of breathing what's left in the atmosphere before there is a problem.

The bigger problem will be the build up of carbon dioxide in the atmosphere, we're far more sensitive to too much CO2 then to too little O2. I'll leave that for someone else to work out.

Despite the damage caused by the Atomic Wars it would appear that the world of Judge Dredd isn't quite as dead as might otherwise seem. The oxygen cycle isn't broken, nor is there any evidence that people have breathing difficulties beyond that which you'd expect in a world that's heavily polluted. 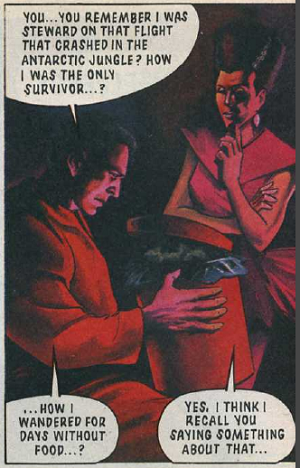 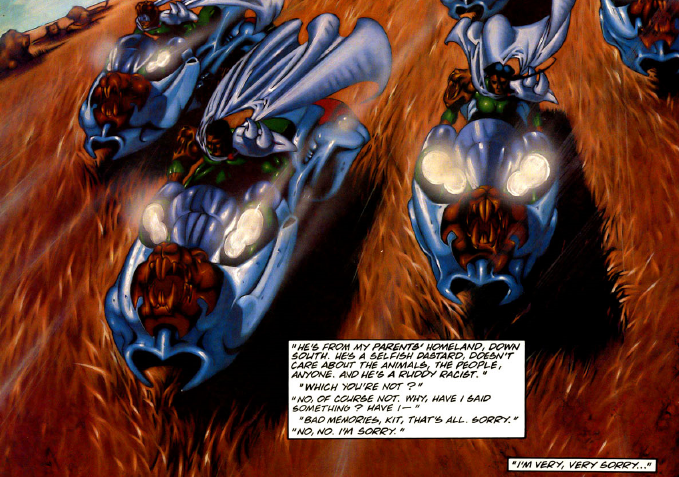 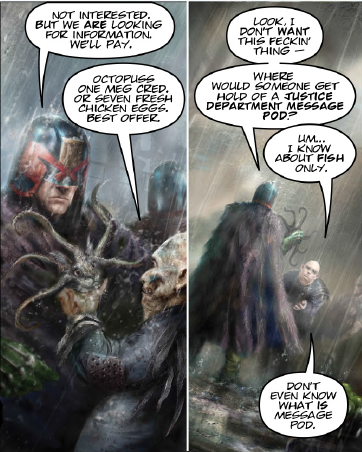 And they've even tried farming in the Cursed Earth, implying that microbial life is still working, despite the radiation. 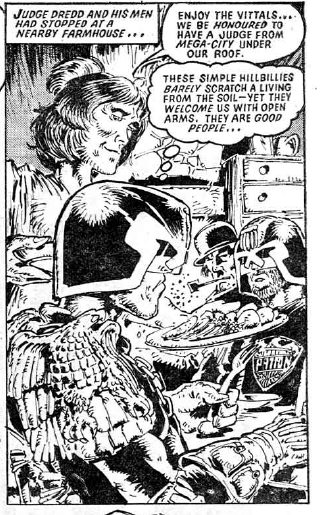 Not the answer you're looking for? Browse other questions tagged dredd or ask your own question.

1
Is the Dredd 3D script based on a comic?
13
What does Anderson sense about Judge Dredd in the movie?
3
Was the unnamed techie in Dredd a cyborg?
12
Is the "20 seconds to comply" line from Dredd a deliberate homage to the ED-209 from Robocop?
9
Why did Dredd not take the first cop's bullets?
3
Why doesn't Judge Anderson wear a helmet in Dredd
7
How does the court system work in the Judge Dredd universe?
6
Why did Dredd nuke Mega-City 2?
6
In Dredd (2012), what was Kay thinking about, that freaked Anderson out so much?
1
How does Dredd know the driver is under the influence of narcotics?