How far can the devil's trap reach? (spoilers for season 1)

In season 1 episode 22, the devils trap is introduced: a magical ward that traps demons withing its circle. It is used in the same episode to trap Meg (possessed): 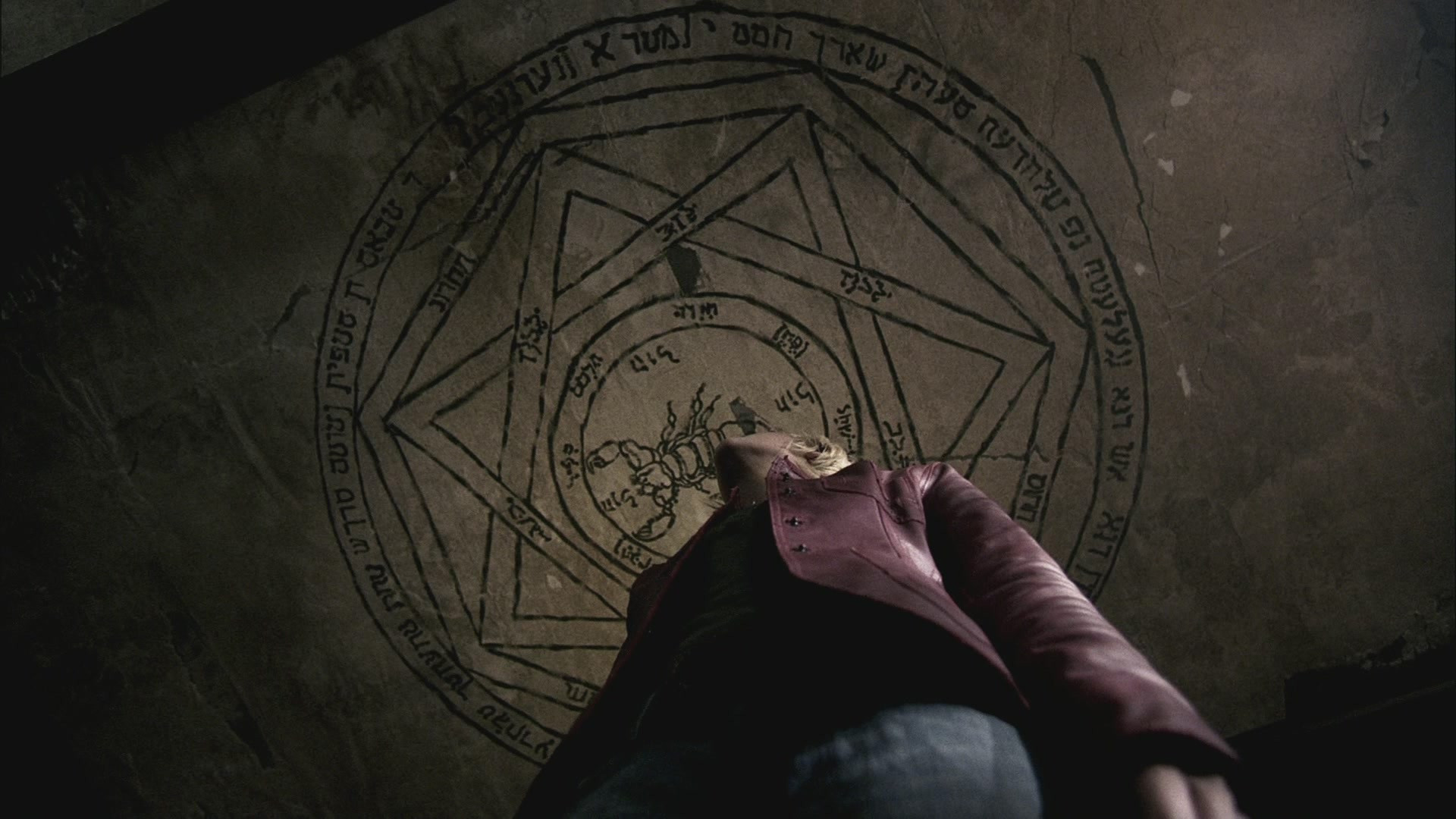 What confuses me is that she was trapped in it when it was painted on the ceiling and she couldn't leave the circle, so how far would the magic work? Like how far underground would that work? Or if it was painted on the ground, how high could it go? (For example, what would happen if a demon got caught while in an air plane? or could it? are there any examples of anything like this happening in any canon sources?)

So far, we've never been shown the extent of a demon trap, other than knowing that it appears to work in all three dimensions for any "nearby" demons.

We have seen demon traps used in a number of ways, including:

The general idea is that the demon trap projects a "cylinder" of magical energy, perpendicular to it's plane. Once a demon is fully within the cylinder, it's physical body cannot get out. As far as I know, we've never seen a demon trapped in a demons trap more than one floor away.

However, we have seen demons get out of traps a few different ways other than walking out; in particular:

Not the answer you're looking for? Browse other questions tagged magic supernatural or ask your own question.

3
How can the events of Phantom Traveller be explained
2
How far back does the Campbell line go?
3
Have we ever seen a demon manifest without posession?
4
How can the prophet fail to anticipate some events?
1
Is there an explanation for the run of self-referential episodes in Supernatural Season 4?
3
Does a Devil's Trap stop demons getting into things like the Impala's trunk?
4
Is there any known reason for Dean's actions at the end of Season 10?
3
Why did God-Cas seem more powerful than God or the Darkness?
4
Manga where a kid is born from a forgotten island of heroes far away, and left the island for an adventure