What the name of this old horror movie named after the half-woman half-horse creature that appears in it?

I remember watching this horror flick as a kid. but I can't remember the title of the movie my sister says it was named after the half-woman half-horse creature that was in the movie.

I remember the creature being super white and this movie is like 15 yrs old, or possibly older cause it's like a really old movie like maybe 70's or 80's?

Could this be The Unnamable? 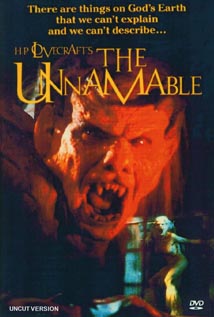 The monster can indeed accurately be described as "half-woman half-horse" and "very white." 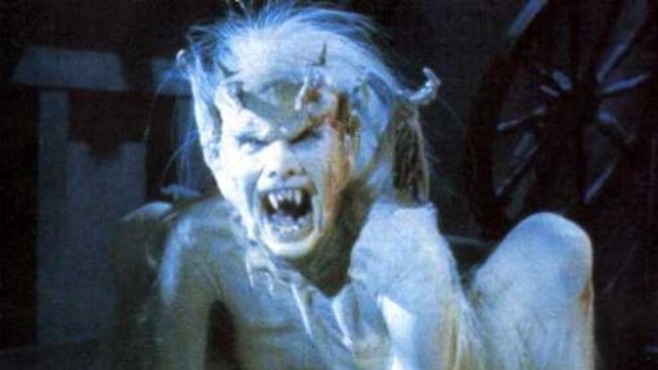 The movie is named after the Unnamable.

Back in the 1800's a lady gives birth to a monster. They decide that the baby is too ugly to name, therefore the monster is known as the "Unnamable". The creature brutally slaughters his family, and gets trapped in a vault. Go ahead to 1998, and some college students have heard the story about the unnamable and want to check out the vault....

This is based on the HP Lovecraft story of the same name (or lack thereof):

I was not so seriously hurt, but was covered with welts and contusions of the most bewildering character, including the print of a split hoof. It was plain that Manton knew more than I, but he told nothing to the puzzled and interested physicians till he had learned what our injuries were. Then he said we were the victims of a vicious bull—though the animal was a difficult thing to place and account for.

After the doctors and nurses had left, I whispered an awestruck question: “Good God, Manton, but what was it? Those scars—was it like that?”

“No—it wasn’t that way at all. It was everywhere—a gelatin—a slime—yet it had shapes, a thousand shapes of horror beyond all memory. There were eyes—and a blemish. It was the pit—the maelstrom—the ultimate abomination. Carter, it was the unnamable!”

9
What is this old movie that featured round, flat creatures that killed by touch?
5
80's-90's sci-fi kids movie (possibly a live-action Disney), two alien girls stranded on Earth in a ranch/farm
6
What is this early 90s horror novel with an evil hole in the ground?
5
Name of old Sci-fi movie where alien communicates and deceives woman through the TV screen static?
1
Boy watching TV and an elephant or a rabbit teddy appears on the TV and says something
21
Horror movie/show or scene where a horse creature opens its mouth really wide and devours a man in a stables
8
Old horror/scifi/monster movie with a Bigfoot-sized monster that has red vision and attacks a woman through the floorboards