The Valiant was a UK comic, published by IPC Magazines, which ran from 1962 to 1976. The story I am looking for details of followed the adventures of a group school kids and their teacher in an Earth that was deserted.

Turns out they didn't disappear because at school they were doing some science experiments on some meta (called delirium?) I'm pretty sure the comic must have been around 1966 (certainly it was before its merger with TV21).

One of the stories in the arc was set in a zoo, where the animals escaped. It turns out the animals didn't disappear because the bars of the cage were made of delirium (?). Turns out that the Earth's population were made to disappear by aliens who wanted to have the Earth for themselves.

I forget the reason why, but the aliens (out of the goodness of their heart or perhaps even hearts) decided to reverse the process and return the Earth's population.

Have just found out that it was called "The Last Boys in the World". Any further information about the story welcome, how long the arc lasted, etc. 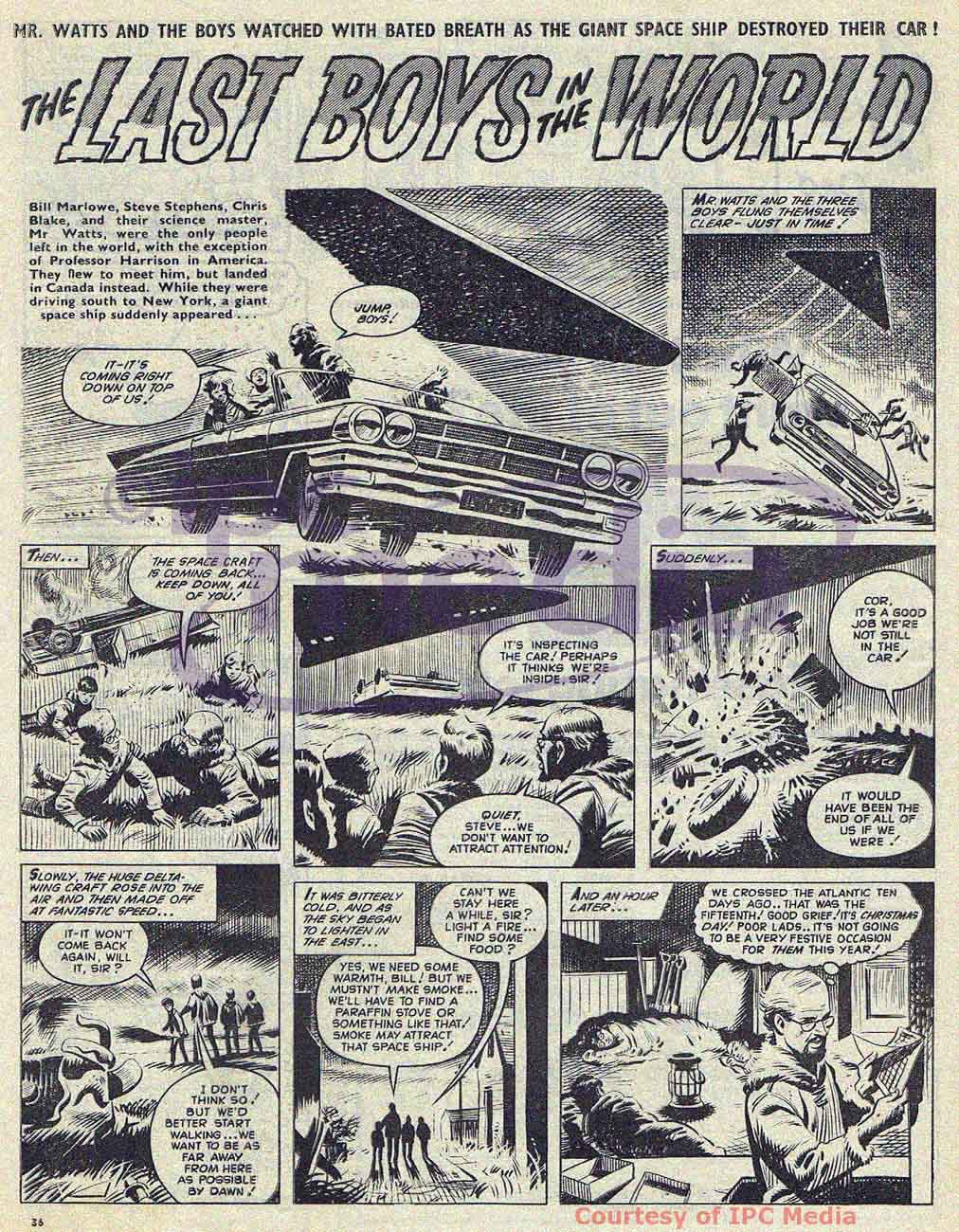 I used to read the ‘Valiant’ in the early to mid 1960s. I remember bits about the ‘Last Boys In The World’. The metal was called Delaranium and anyone who possessed it was not affected by the Urallians from the dying planet Urallius, who had transported the planet Earth forward in time by hundreds of thousands of years by which time the human population had vanished. However, when the Urallians found out that they had destroyed all but a handful of Earth people, the ones who remained had the Delaranium, they reversed their procedure and everything returned to normal. Unfortunately, I do not have any further recollections of this story but I hope that the above has been of help. I really enjoyed the ‘Valiant’ and it helped me in my schoolwork by stimulating an interest in reading and writing for me.