How does Bane's mask work?

As answers to other questions have explained, Bane wears a mask to provide pain management. The problem with this is quite simple: 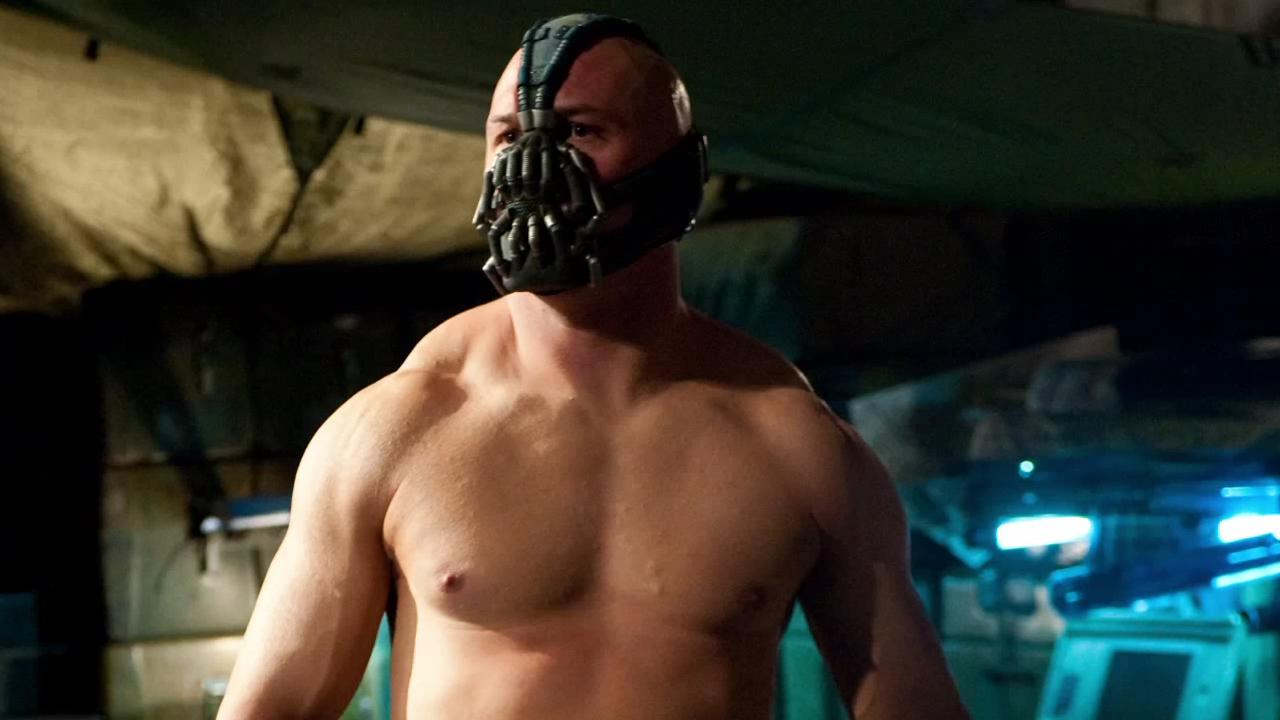 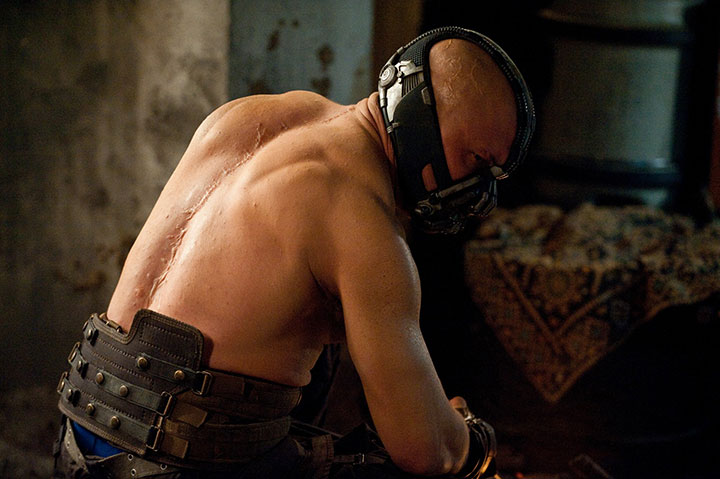 The mask isn't attached to anything.

One would expect a tank of anesthetic gas or something connected by a hose, but there is no such reservoir, and no hoses leading anywhere except within the mask itself.

How can a self contained mask with no external sources of anesthetic substances do anything to mitigate chronic pain? How does the mask work?

If we can't see any external source, we have to assume it's internal.

It's reasonable to assume the mask contains an incredibly strong anesthetic of some sort, and it's slowly released into his system over time.

His mask is covered in small pipes and tubes, each one could contain some of this wonderful mystery substance. (Venom?) 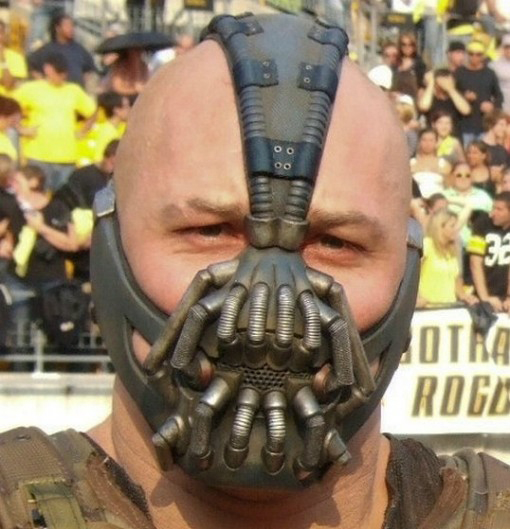 Bane also wore a mask that pumped gas into his system to alleviate the pain from his injury within the prison.

The small cylindrical vials attached to his mouth each contain a small amount of a powerful anaesthetic. One assumes that these are replaceable.

When Batman fights him after returning to Gotham, a punch damages this portion of the mask, detaching some of the vials and causing Bane immense pain and sending him into a furious rage. Talia later fixes the mask by reattaching them and this returns him to his "normal" self.

The powerful anaesthetic in question doesn't exist in real life, its potency and concentration are meant to draw parallels with the Venom drug Bane so frequently abuses in the comics.

EDIT: The mask itself is also designed to be intimidating, projecting a symbol of fear, a common theme across all three Dark Knight movies. Christopher Nolan himself said that they drew inspiration from Darth Vader, who of course requires the breathing apparatus in his helmet in order to live, to design Bane's Mask. The Mask's overall practicality may suffer as a result of this.

Not the answer you're looking for? Browse other questions tagged dc batman nolan-batman-trilogy the-dark-knight-rises bane or ask your own question.

32
What happened to Bane that requires him to breathe using an apparatus?