When I was a kid there was this Marvel comic where they battled some robot aliens and most Marvel superheroes died, the first superhero to die was Spider-Man, Death's Head was there and they said that only way to save the Marvel Universe was to find a way to resurrect Professor X.

Alien robot species had laser guns that could shot everyone, the only one they were having trouble shooting down was Colossus because of his titanium body.

It was a very awesome issue of Marvel Comics and I couldn't remember what it was, hoping somebody could help me and know what I'm talking about.

In this story, the mystic entity Charnal has all but exterminated most of the life on Earth-9939. In his final battles against the superheroes of this world, Spider-Man, Daredevil, Doctor Strange and the Punisher all die in their final confrontation with Charnal. Charnal has components which can be traced back to an earlier version of Death's Head and the Avengers go back in time to 1992 to see if they can defeat him there. 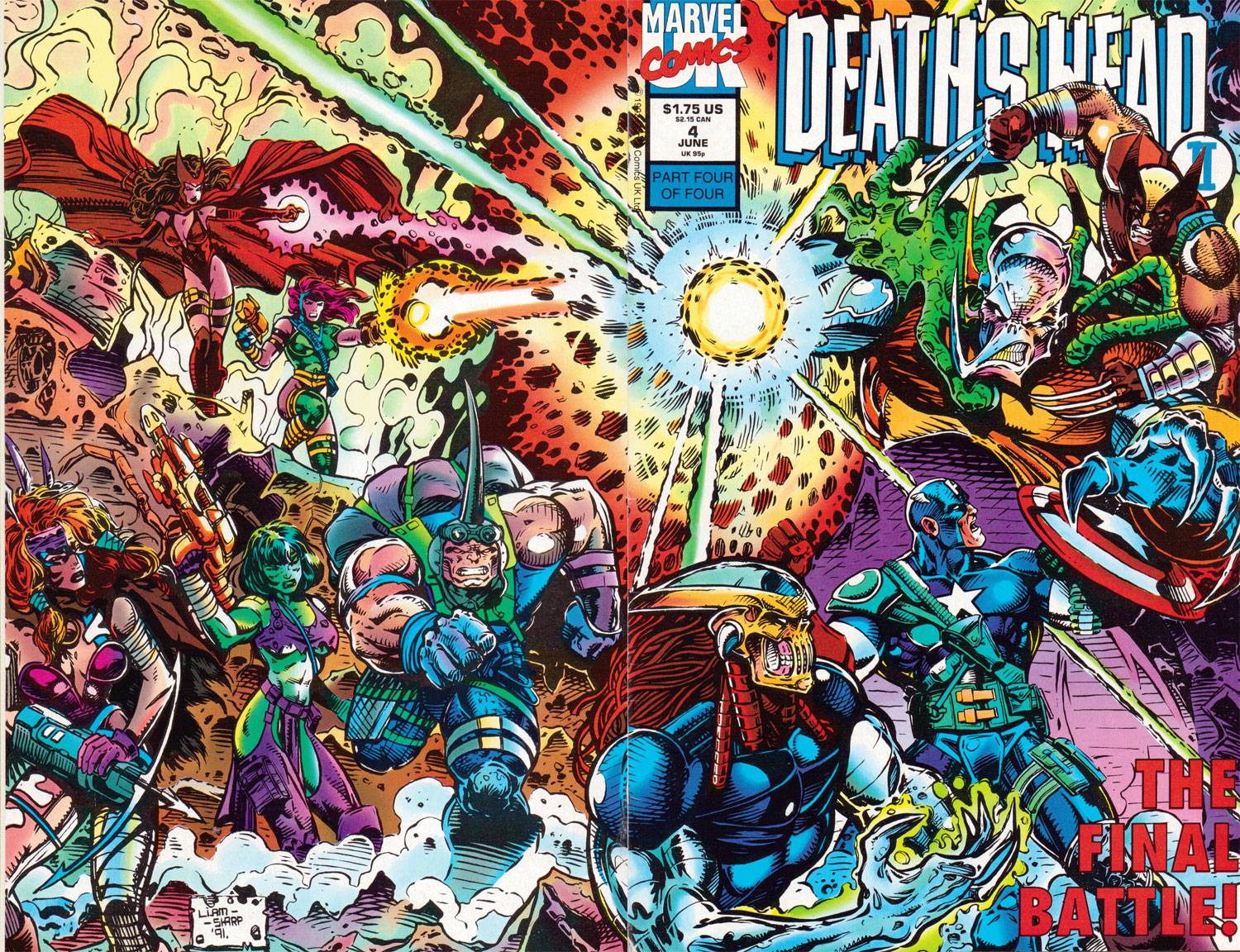 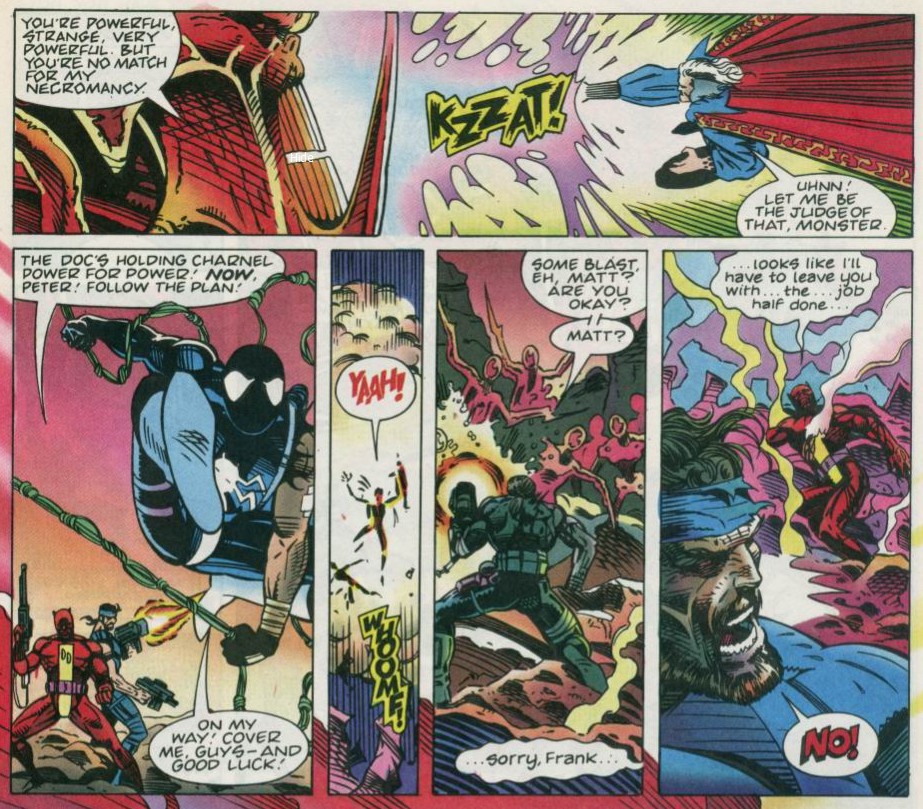 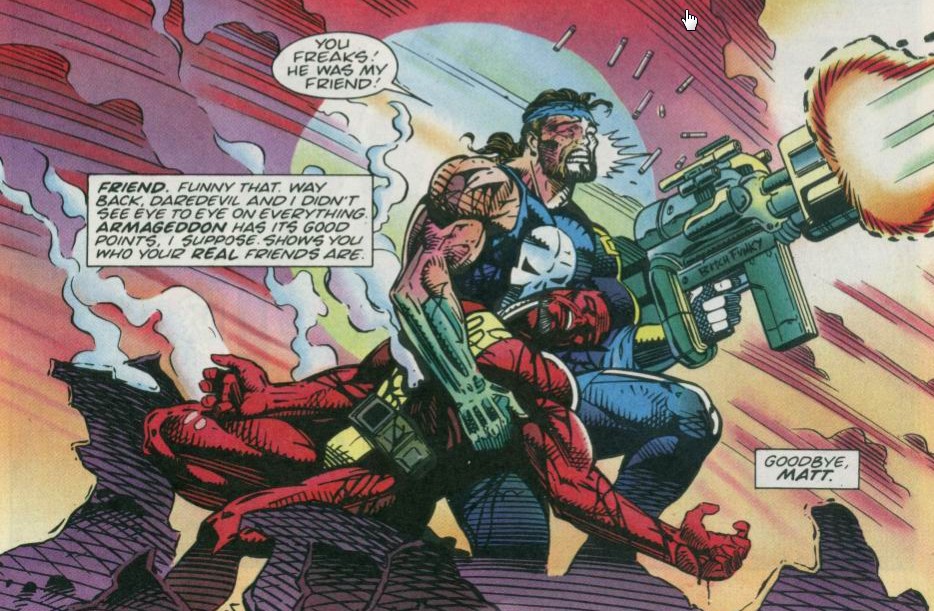 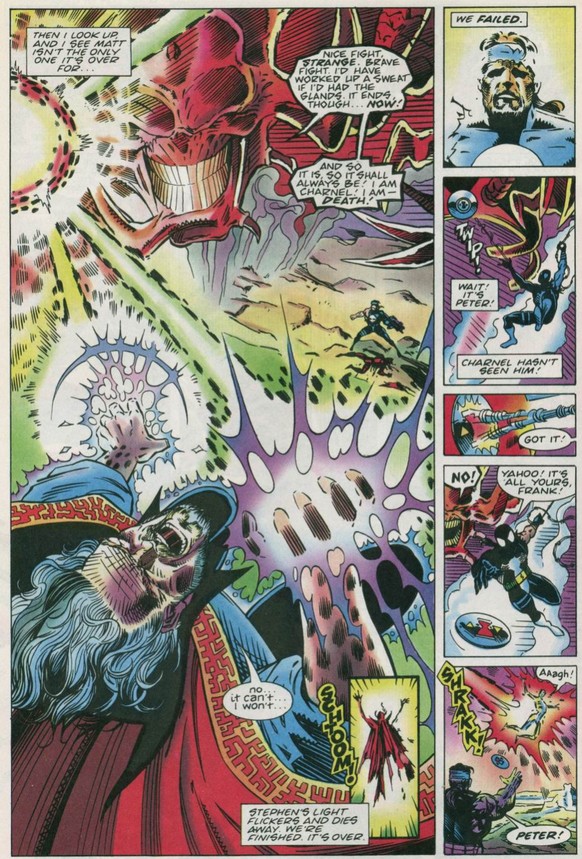 However, I can find no trace of the X-men in this particular comic and no mention of Professor X or Colossus. I believe there are other Death's Head and X-men crossovers and I will look through them when I get a moment.

UPDATE: Having had a moment, I found a issues of Death's Head Vol. 2 and in 1992 (lasting up to issue #16), the X-men do appear in this second volume of Death's Head. These two volumes are likely the series you are looking for when you are seeking a major crossover between the Death Head and Marvel characters. 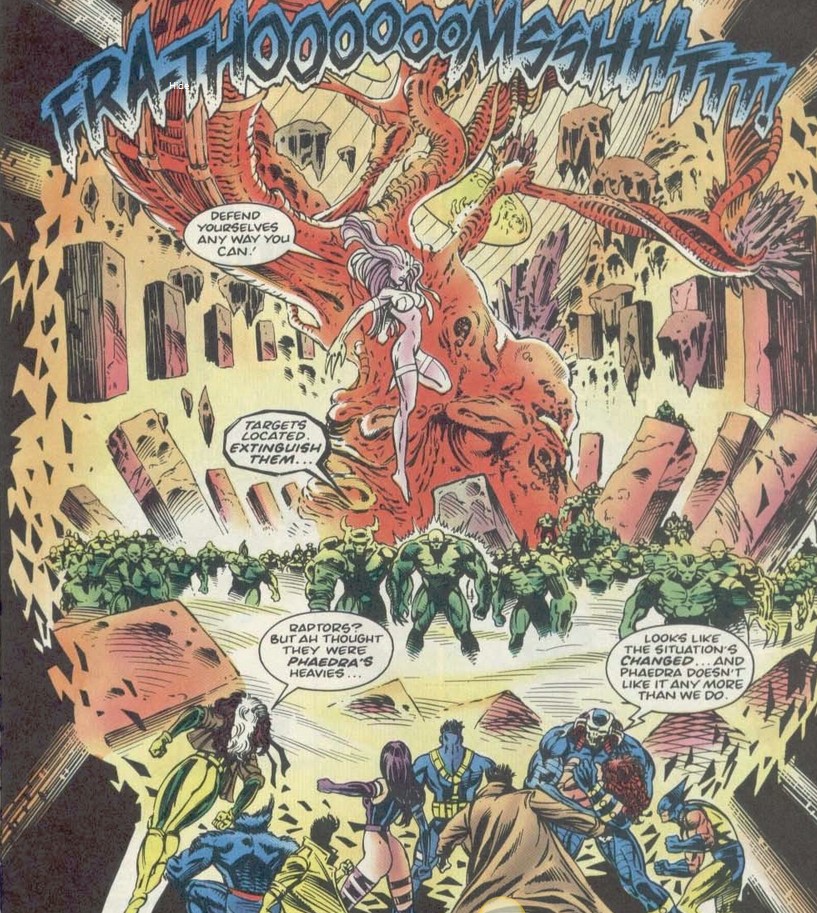 The enemy are adaptable mechanized-organisms called Raptors whose abilities include power-adaption. The more you used your powers against them, the better they fought. Their abilities included self-repair making them formidable foes, getting better the longer you fought them. 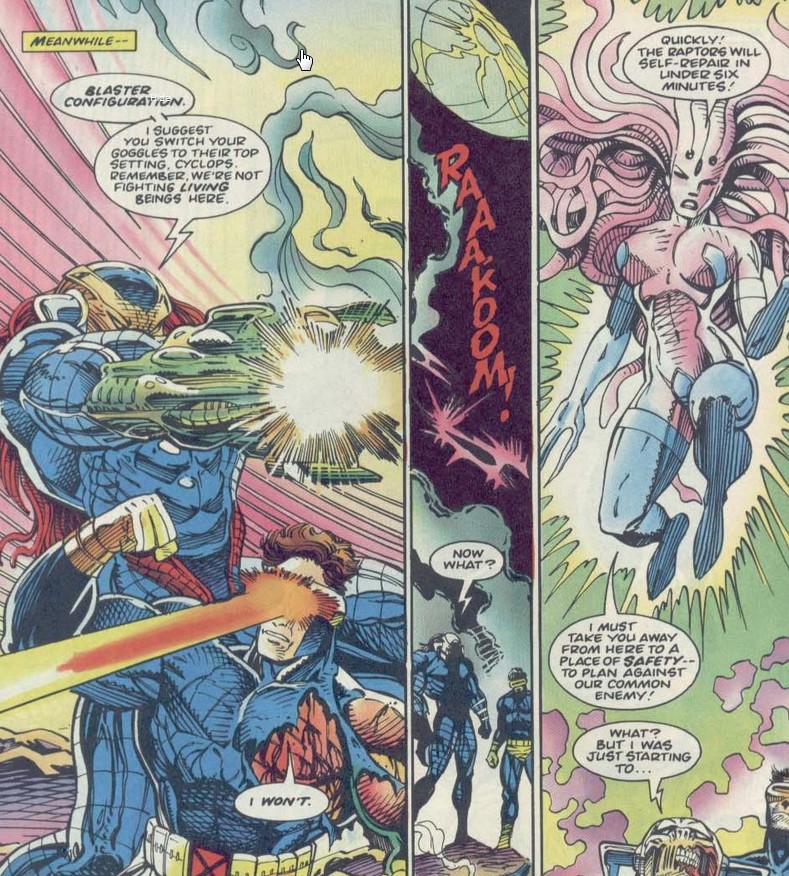 I think you can try to check Mys-Tech Wars.

They have aliens as enemies and some have laser guns. 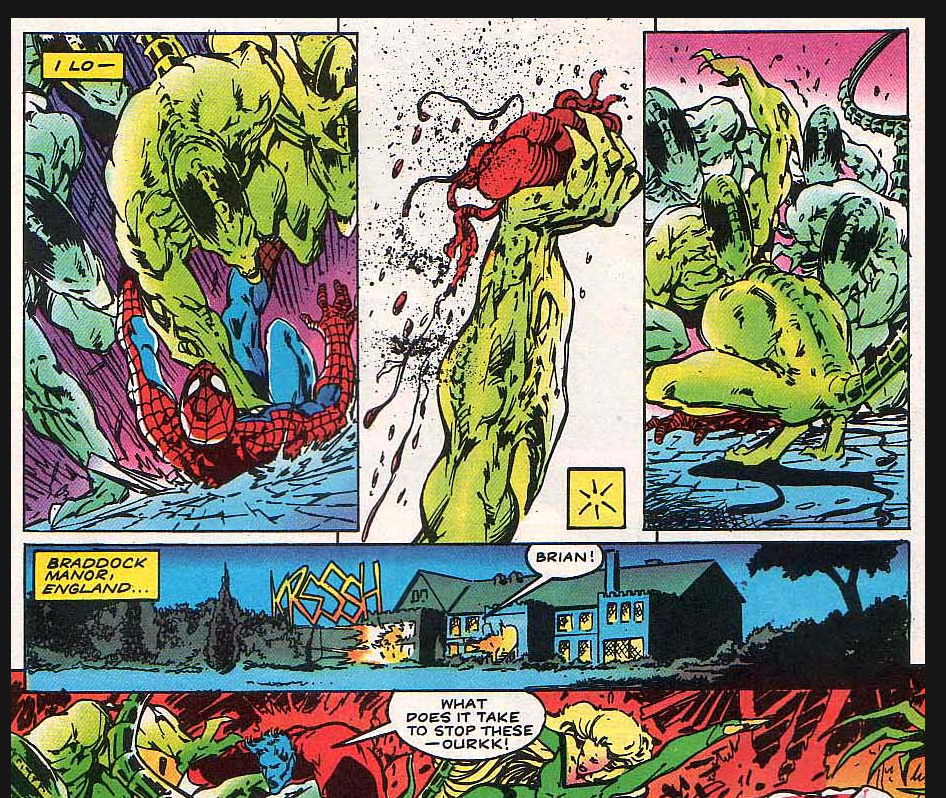 Not the answer you're looking for? Browse other questions tagged story-identification marvel comics or ask your own question.

17
Looking for sci-fi book about alien invasion where Earth builds a giant laser to stop an incoming alien fleet
8
Comic book set in futuristic setting with reptilian humanoids
8
Which 1970s Spider-Man cartoon had sentient alternate dimension plants?
8
Comic book about guys with powers that are hunted by society
11
What's the name of that comic team with genetically engineered government agents?