Could the Muramasa Blade cut through Adamantium? What can't it cut through?

In a comment on my answer to How to kill Wolverine?, Thaddeus Howze commented:

The blade's molecular properties will have no effect on his adamantium bones.

I was under the impression that the Muramasa Blade (the one forged specifically for Wolverine, not the Black Blade) could cut basically anything. It apparently cut through one of Cyclops' eye beams once. However, it apparently can't cut through Armor's powered-by-her-ancestors-or-something armor, and its ability to cut through adamantium is suspect.

So can the Muramasa Blade cut through adamantium? Are there other things it can't cut through?

According to Wolverine: Origins #35, the Muramasa Blade can cut through "anything, that is, except a memory". That is the explanation given as to why Armor's mutant power can resist the Blade. Given that comment and Wolverine's belief that the Blade "is the only thing in the world that can put me down for good", I would argue that it probably can cut through adamantium (though that has yet to be tested), and that the only thing(s) it cannot cut are those not physical in nature. 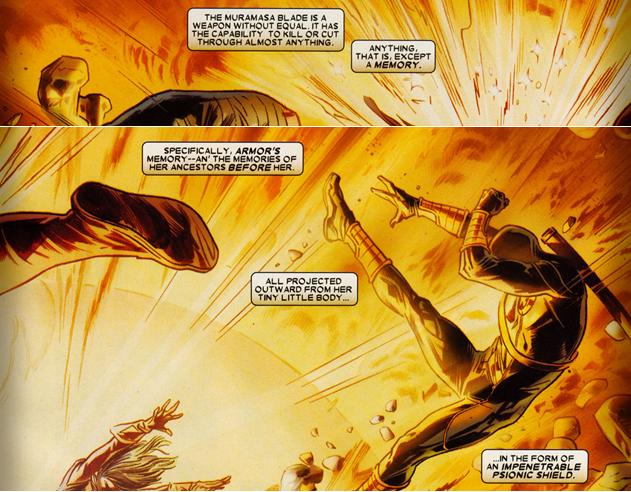 Muramasa Blade vs. Adamantium is never shown in Marvel universe. But, if you really want explanation for winning Adamantium, here it is..

According to official Marvel Universe Wiki:

The only substance able to pierce Adamantium is the compound known as Antarctic Vibranium, also called "anti-metal".

As Muramasa blade isn't made up of Antarctic Vibranium, it can't cut Adamantium.

It works against Wolverine's regeneration powers because it destroys organic lump (important for mutant powers). It doesn't mean, it can work against Adamantium. Slicing Adamantium at molecular level wouldn't be possible.

When it comes to soul based ju-ju of blade, Wolverine wasn't born with his Adamantium. Soul should be working only against the part under control of soul itself.

In the most recent wolverine comic, a muramasa cut through the Adamantium reinforce skin of solem. 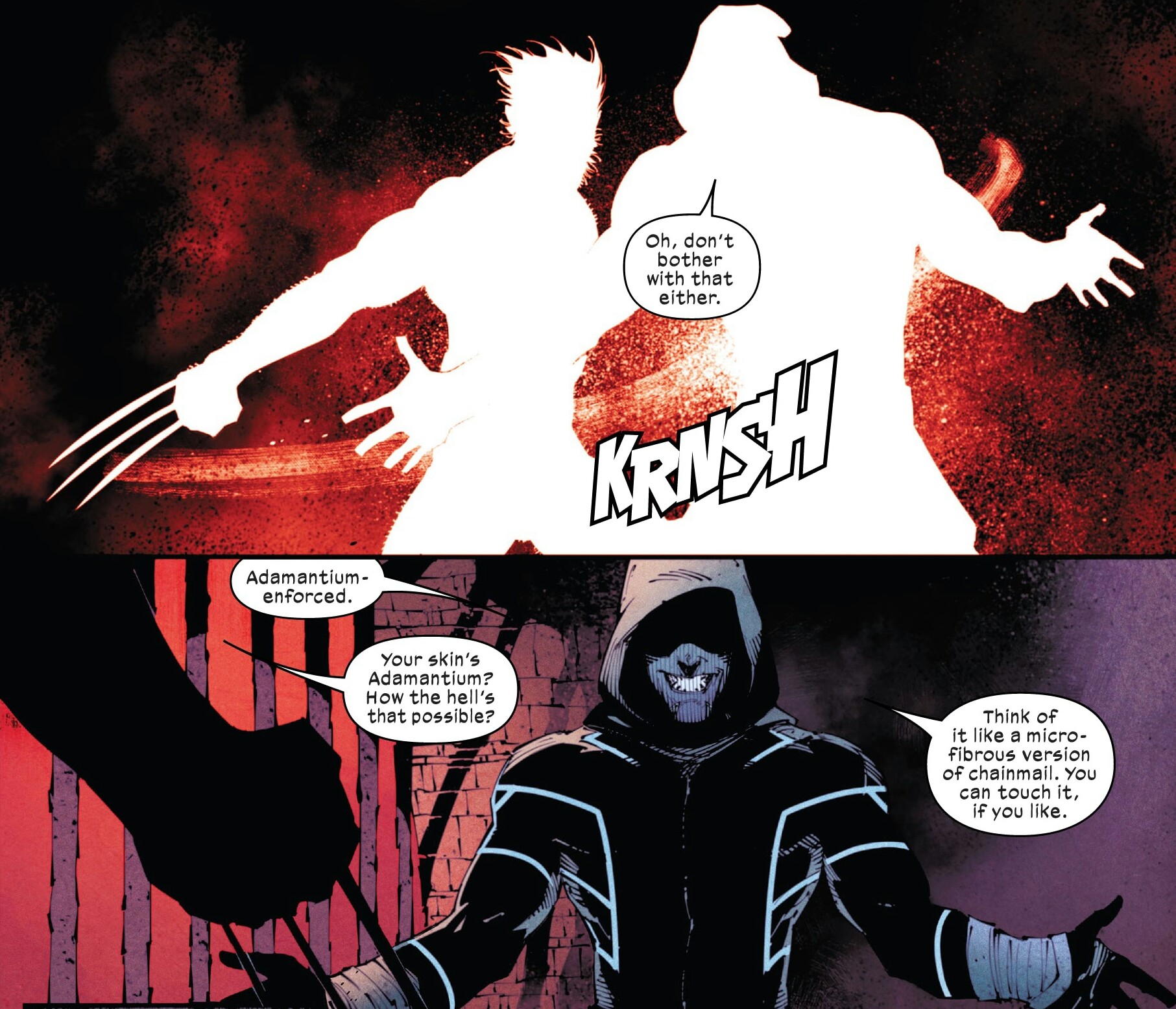