What is included for canon for the new Batman Beyond Unlimited comics?

For possible canon sources we have:

In the original TV series Batman (Terry) travels to the Fortress of Solitude in the The Call 1 & 2. And yet in the Batman Beyond Unlimited #2 he says this while conversing with Superman.

I would think he already knows that Superman has a sort of trophy room. It is within the Fortress of Solitude. 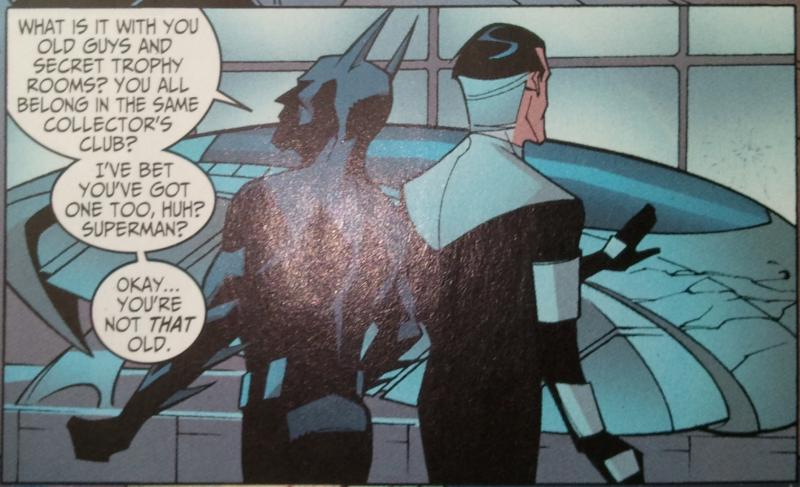 In the same comic issue Batman (Terry) refers to how Tim Drake ended his crime-fighting career originally. Is he referring to the events of The Return of the Joker? Or something else?

You're correct in that he's referring to the events of Return of the Joker. The canon for the new Batman Beyond series ought to be surprisingly large. It would contain as a start:

But that series was part of the larger DC Animated Universe of the 90's and 00's. That means the canon should also include:

(I've pruned the series that probably will never come up in the Batman Beyond series, but I expect there to be references to the old Justice League adventures and villains. The complete listing is in my link above.)

Not the answer you're looking for? Browse other questions tagged dc batman-beyond or ask your own question.