What does the avalanche of skulls mean in The Return of the King?

In the Extended Edition of The Return of the King after confronting the Army of the Dead, Aragorn, Legolas and Gimli are nearly buried alive in an avalanche of skulls. 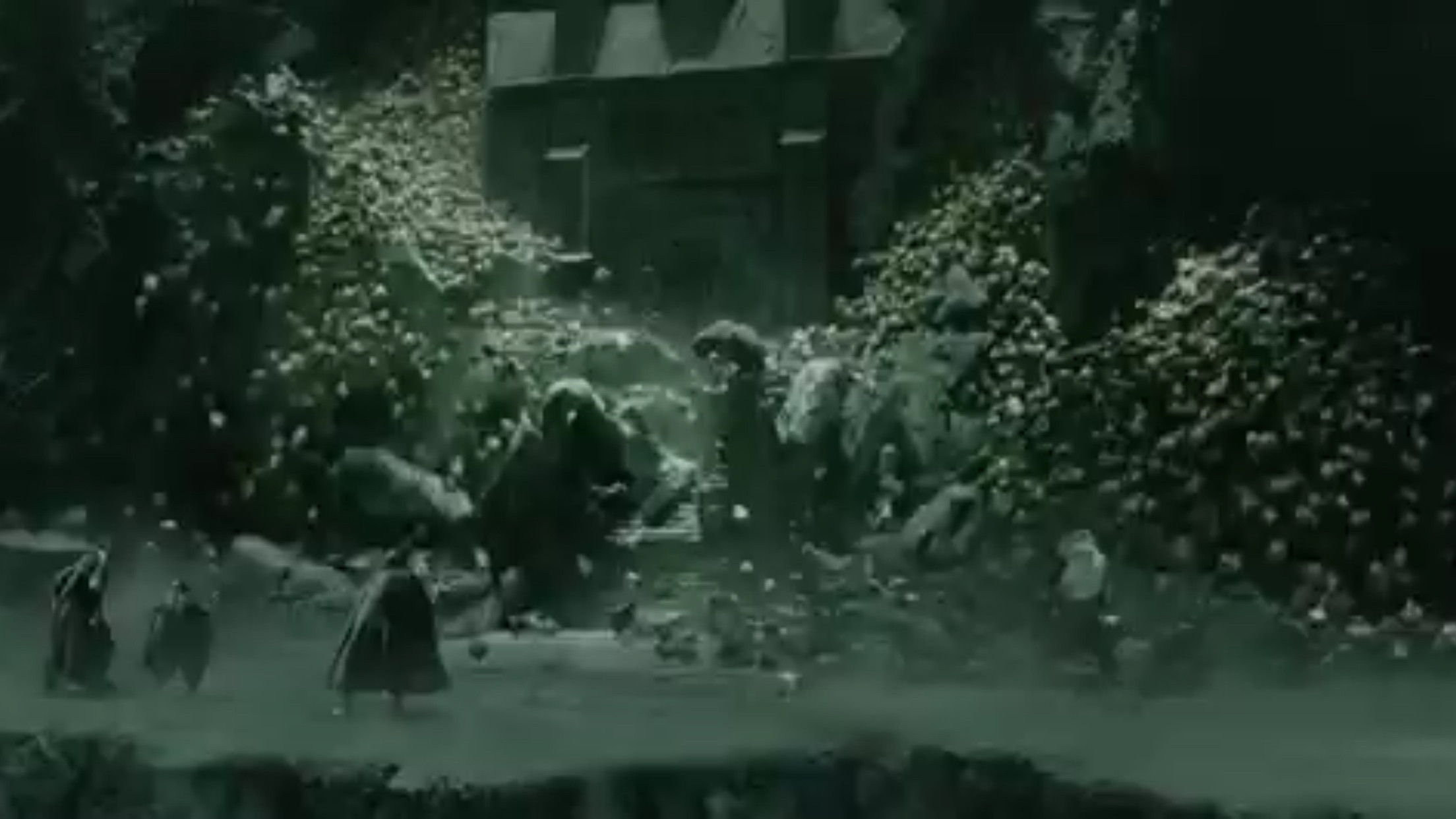 What is the meaning of this? Are these skulls of people who have tried to pass through the Paths of the Dead and died? Are they the skulls of the Army from when they were flesh and bone? Is a way to "push" the three to the proper exit? Is it their way of saying "Yes, we will help?"

Yes, it is a sign that the Dead Men are going to help, although it's not clear at the time it happens.

The avalanche is a sign that the Dead Men of Dunharrow are choosing to fulfill their oath to the King of Gondor (Aragorn), which will free them from their curse.

Why destroy their city in the Dwimorberg, along with the ossuary where their remains were kept? First of all, they won't be returning there. Secondly, they would not be sentimental about it, since it was a sort of prison for them.

The skulls do belong to the Dead Men.

Isildur's curse did not extend the lifespans of the Dead Men -- it only prevented their spirits from leaving Middle Earth. So their physical bodies would have died about 3000 years prior to the events of LOTR. The oathbreakers were not completely uncivilized, so we can assume that placing the remains of their dead in the large ossuary wall was part of their burial practices.

When we see the skull avalanche in the movie, we don't know if the Dead Men are trying to kill Aragorn & co., or if something else is going on. It's presented ambiguously on purpose, to create tension, similar to the laugh of the King of the Dead.

After we learn that the oathbreakers did decide to help Aragorn, we can look back at the event with a greater understanding.

I do agree that the scene is confusing and should have been left out. As most people here know, it was not included in the theatrical release.

It's a trap designed to move the plot forward. 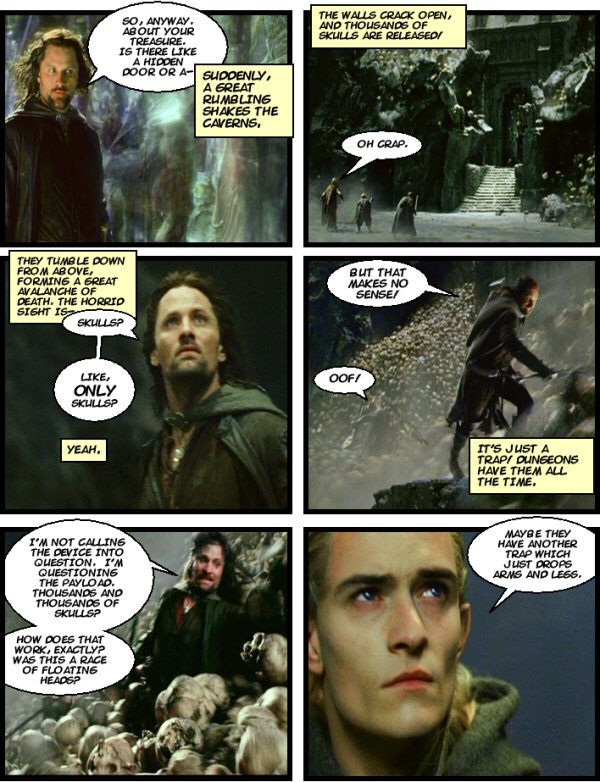 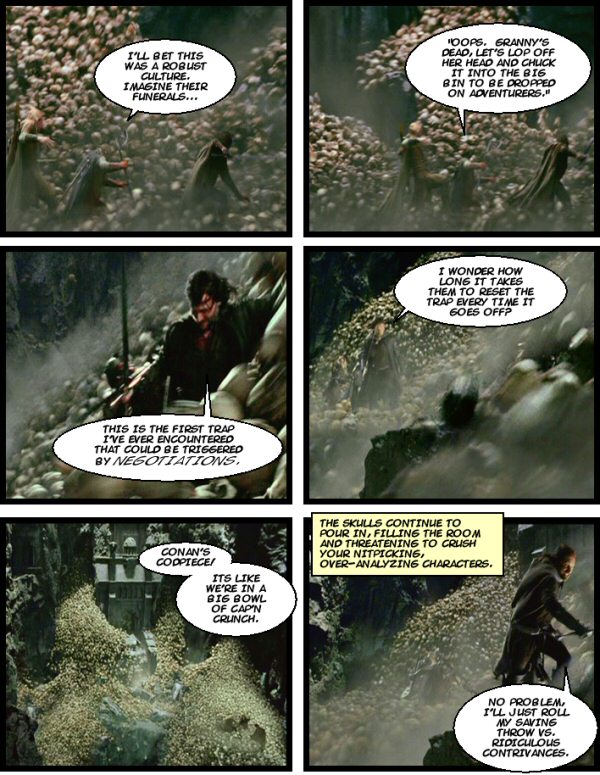 Source: DM of the Rings CXIII

Out-of-universe: The intention is to get the heroes out of the underground chamber without any clarification on whether the Dead Men intend to help or not, in order to maintain some tiny amount of suspense (since the order of events was completely changed from the books and they weren't sure what they were going to cut out).

22
What does this text say, on a cover for The Return of the King?
17
How did Saruman's army reach Helm's Deep so quickly?
20
Do we know what Tolkien meant when he used the word "weapontake"?
14
Who accompanied Gandalf and the hobbits on their journey towards the Shire near the end of Return of the King?
9
White moons on orc helmets in Tolkien's Lord of the Rings: Return of the King
16
How long can elves go without sleeping?
8
The Return of the King: Chapter 2 - The Passing of the Grey Company. Why does King Theoden take the mountain road instead of the plains?
8
In Return Of The King, why does Gandalf say if Osgiliath falls that the city of Minas Tirith will be defenseless?
22
Did the "Wild Men" actually help in the great battle in The Return of the King?