Why did the Separatists start planning the Death Star before the Clone Wars broke out?

In Episode II we see the early plans for the Death Star (initially developed by the Separatist Geonosians, led by Poggle the Lesser) at the Battle of Geonosis: 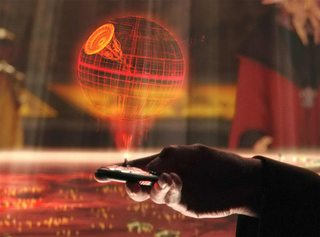 The Battle of Geonosis was the first battle of the Clone Wars, and prior to that battle the Separatist Council was not even aware of the existence of the clone army (only the Sith knew, since they were playing both sides). Indeed, the Separatists were confident that their combined droid armies would give them military superiority over the Republic:

With these new battle droids we've built for you, you'll have the finest army in the galaxy.

There are two points to consider in answer to this question.

When taking on something the size of the Galactic Republic, one does not stop with Plan A.

The Separatists were standing against the Republic, and yes, they had a huge droid army. And, of course, the people responsible for procuring that army said it would wipe all the foes from the table. Who DOESN'T tell their customers/government that their solution solves all problems?

But Plan A can always fail. The Republic could end up getting the upper hand, or destroy stocks of the droid army, or find better ways to jam the commands, or find an exploit in the command and control system, or find a bug in their artificial intelligence that allows Republic soldiers to literally walk circles around the droid army.

As such, the Separatists had a Plan B (which just so happened to be right up Palpatine's alley), the Death Star. It would take much more time to build, and take many more resources than the droid army, but it would ALSO serve as a blockbuster weapon to break any stalemate they might have experienced in the future.

More than one group of people can work on separate plans at once.

There were likely many skunkworks projects being developed by the Separatists at this time, from Death Stars to toxic bantha fodder. ALL the ideas were on the table, and the more promising ideas were promoted to the top, even the far-fetched ones. Win, lose, or draw, a Death Star would be a handy thing to have, if it could be built.

LEGENDS: Superweapons were just a thing people did in that galaxy far, far away.

The US Army was pretty confident that it could storm Japan; it was called Operation Downfall. Operation Olympic would capture the south third of Kyushu, using Okinawa as a stage. Six months later, Operation Coronet was planned to invade Kanto.

It was planned to be the largest amphibious operation in history.

Of course, the problem was that Japanese geography made planning the invasion simple; there was only really one good way to do it. And the Japanese knew it too. The Japanese empire planned an all-out defense of their main island. And as Japan slowly lost control over the Pacific, they were drawing back planning for that ultimate defense.

Casualty estimates ran into the millions for Allied soldiers. And the casualties on the Japanese side were even higher.

And this is just a conflict on one measly little planet in the spare bedroom of the galaxy.

Yes, even though the Separatist government used droids, not living beings, those droids do have a non-zero cost. It takes time and effort to build them, transport them, program them; any "conventional" operation would include massive losses on both sides.

But both these situations had a superweapon: on Earth, it was the Atom Bomb.

But, like the Death Star, the Atom Bomb wasn't some solution pulled out of the air at the end of the war. Development on an atomic bomb began during the war, with production running throughout, in a deadly race of fear that the other side would figure it out first.

Dropping the bombs ended the war with Japanese surrender, and lead to millions of soldiers NOT becoming casualties on the American side. (There was, of course, a death toll on the other side that should not be forgotten about.)

The key here is, the Death Star, like the Atomic Bomb, was hoped to be at least a backstop, if not a replacement, for massive losses in the droid army.

Firstly, the Geonosians were never really Seperatists per see because they were never part of the Republic. They were independent contractors designing and building droid factories for Baktoid who in turn sold said droids to the Trade Federation (who BTW, were also not Separatists, at least on paper.)

It ties into a common misconception that the meeting Kenobi witnessed in AotC was the forming of the Seperatist movement, when in fact it was a business deal between the already established Seperatists (whom Dooku represented) and the various commerce guilds to supply them with arms and equipment and remain officially neutral in the conflict.

Secondly, it's stated in 'Catalyst' that the Geonosians didn't come up with the initial design at all, only refined it.

"The captive Geonosian leader, Poggle the Lesser, maintained that Count Dooku had provided Poggle’s hive with the basic plans, and that the Geonosians had merely refined them."

It's not stated outright but it seems evident that the design ultimately came from Darth Sidious. Where he got it from is still an open question, but given Yoda's line in the Utapau Story Reels about the ancient Sith building superweapons powered by giant kybers one can surmise that it may have been based on an old Sith design. Albeit one lacking the details on how to actually build it, which is why it was handed off to the Geonosian engineers and why it took a genius like Galen to figure out how to make the weapon operational.

So to answer the question: the Seperatists weren't designing the Death Star at all, Darth Tyranus was using his influence as Dooku to have the Geonosians design it for him on behalf of Sidious who, as we all know was playing the long game.

Not the answer you're looking for? Browse other questions tagged star-wars death-star attack-of-the-clones or ask your own question.

7
How many credits (Republic credits or whatever) does a Death Star cost?

29
Why did the Separatists want to kill Padmé?
4
Did they take regular prisoners in the Clone Wars?
7
Why doesn't the Republic have a non-clone army?
11
Why doesn't the Separatist Army use more non-droid soldiers?
19
Why did the Sith need the Clone Army at all?
7
Who were the landing platform personnel at the Geonosian command spire?
4
Why can't Tyranus/Dooku sense Kenobi in Geonosis?
2
Why and how did the Banking Clan and Techno Union pretend to be neutral?
1
Why did the Separatist Government in Star Wars not have any oversight over the war effort being conducted by the Corporate Alliance on their behalf?