Looking for a comic with a Race to the End of Time?

I've been trying to remember which comic I saw this in. It was Superman and The Flash running through time till they got to this net-like thing at the end of time. I remember reading this in the 80s, but it was a beat-up comic, so it could have been earlier. Any help is appreciated!

The title of these comics are Superman and The Flash, with the first one having a bubble saying

It seems that there are two warring peoples from a similar species, a scientist from one of the peoples is attempting to merge the species but this would have a drastic effect on the humans. 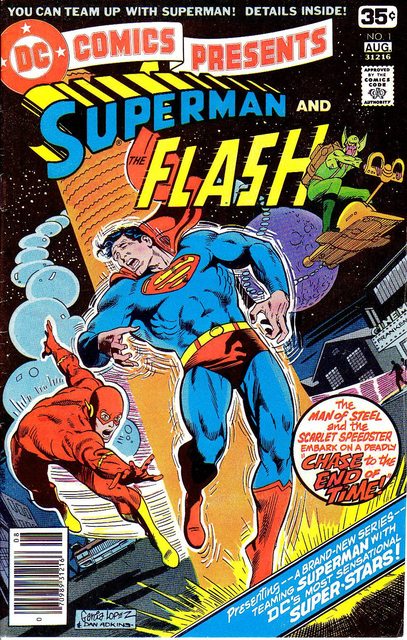 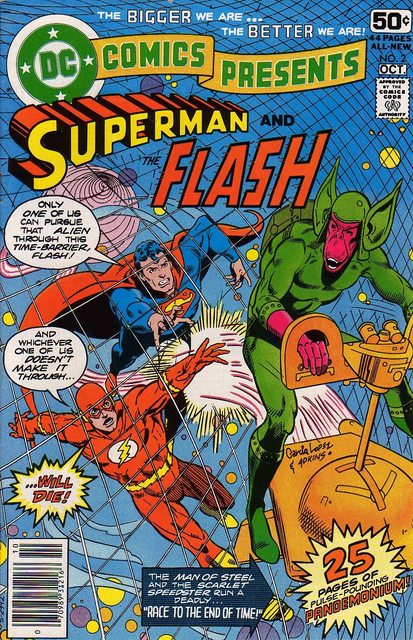 Not the answer you're looking for? Browse other questions tagged dc comics superman episode-identification the-flash or ask your own question.

2
1980s Superman comic where he fights a blonde mutant
6
Identify DC Comic Book With Alien Invasion/Occupation of Earth
6
Comic book set in futuristic setting with reptilian humanoids
16
Looking for a Batman Comic where Batman had real wings
3
Identifying a Superman Elseworlds comic where the Kyptonians take over Earth
17
Can Superman fly through solid rock?