Has Wonder Woman ever gone rogue?

Has Wonder Woman ever gone rogue, or has she ever been in control of someone ?

Like the way Superman was under control of Darkseid's power, in Justice League : War, he went rogue and attacked Batman.

To the best of my knowledge, Wonder Woman has never spent a significant amount of time under the control of another being, nor has she been compelled to act in service of an evil person.

This isn't to say she hasn't been tricked before. Depending on which continuity you mean, she has been affected by mind-altering spells which caused her to attack allies (such as in this Justice League episode, where a spell forces Superman and WW to see each other as monsters).

She has also made decisions before that other heroes would consider morally questionable, notably

Killing Maxwell Lord, who was mind controlling Superman at the time

I can't remember the details, but I vaguely remember her being controlled by the Witchblade in this comic JLA/Witchblade #1: 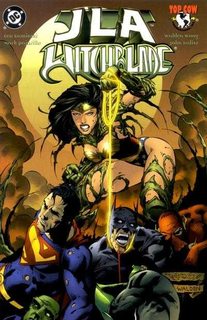 From one Goodreads review [spelling not corrected]:

In the end the weapon takes refuge on Wonderwoman and she goes on a rampage and the JLA gets thei collective behind kicked untill the rightfull heir shows up.

Wonder Woman is attacked by Cheetah with a scratch that sends nanomachines into her bloodstream. The nanomachines cause her to believe everyone she sees is Cheetah's duplicate. Since she never stops fighting until her opponent is defeated, Wonder Woman will fight until she dies. Cyborg adjusts his sonic emitter to a frequency that neutralizes the nanites.

This is from Justice League: Doom

However, I wouldn't say that she went rogue, but the nanites rewired her brain into thinking that the cops who tried to stop her were all clones of the Cheetah. Although for a very brief time, she went haywire and attacked the good guys. She also fights Cyborg in the same time, as she thought she was fighting Cheetah.

This is a small clipping from the animated movie, with the very same title:

Not the answer you're looking for? Browse other questions tagged dc comics justice-league wonder-woman or ask your own question.