I read it in Reader's Digest in the seventies. Archaeologists interpreted everyday objects as the TV set and the toilet seat to be sacred and precious.

This is Motel of the Mysteries by David Macaulay

The blurb reads as follows;

It is the year 4022; all of the ancient country of Usa has been buried under many feet of detritus from a catastrophe that occurred back in 1985. Imagine, then, the excitement that Howard Carson, an amateur archeologist at best, experienced when in crossing the perimeter of an abandoned excavation site he felt the ground give way beneath him and found himself at the bottom of a shaft, which, judging from the DO NOT DISTURB sign hanging from an archaic doorknob, was clearly the entrance to a still-sealed burial chamber.

Carson's incredible discoveries, including the remains of two bodies, one of then on a ceremonial bed facing an altar that appeared to be a means of communicating with the Gods and the other lying in a porcelain sarcophagus in the Inner Chamber, permitted him to piece together the whole fabric of that extraordinary civilization

"that the toilet seat is a sacred collar one must wear before shouting, down the hole, to the gods below" 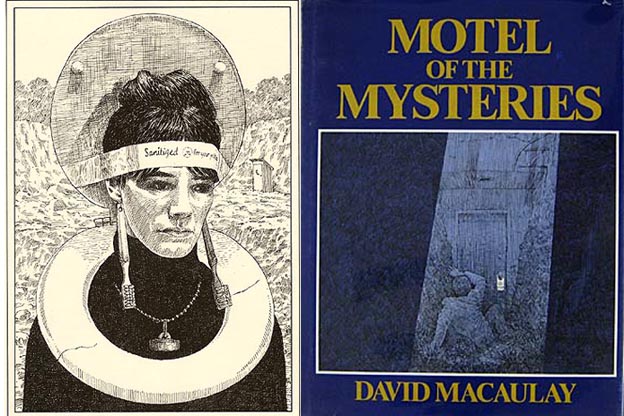 Not the answer you're looking for? Browse other questions tagged story-identification post-apocalyptic humor or ask your own question.