Anime movie played on Adult Swim, guy gets enrolled in a mech program to fight against blue crystals

A few years ago I saw an anime movie on Adult Swim.

This movie began with a guy walking into an empty city with a photo of a girl with an arrow pointing towards her boobs. Later in the movie he gets enrolled in this mech program to save the city from giant blue crystals that bleed red and were trying to destroy the city.

He later bonds with a girl who had a terrible back story and saves the town.

This might not be it, but your description reminds me of the seminal anime Neon Genesis Evangelion. Or more likely, Rebuild of Evangelion, a series of movies (three so far, with a fourth in development hell) that retell the original story with a few changes.

The protagonist, Shinji Ikari, spends the series living with a woman named Misato who has a not-insignificant bust. She sends him a postcard so he'll recognise her. 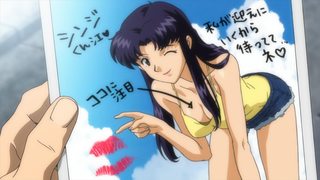 Later in the movie he gets enrolled in this mech program

Shinji does indeed "get in the fricking robot", as the saying goes.

The antagonists of Neon Genesis Evangelion are the Angels, bizarre alien entities that are trying to destroy the planet. One of them, Ramiel, is a giant blue screaming octahedron. 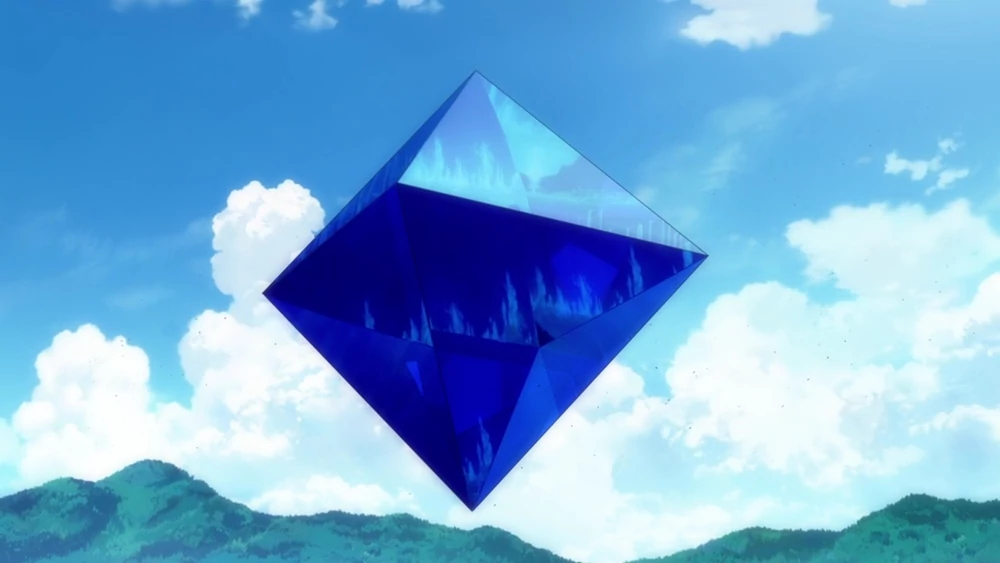 That could be literally any of the girls in Neon Genesis Evangelion. Pretty much all of them have terrible backstories.

Not the answer you're looking for? Browse other questions tagged story-identification movie anime mecha or ask your own question.

25
Are there any changes in the Japanese edition of Harry Potter?
6
90s manga/anime about pilots merged into the backs of Gundam like suits

4
Anime movie: kids wearing masks in abandoned city/town to protect against spirits
2
Sci-fi anime about guy who finds dying alien and gets transformation power through somersault
2
Anime series or movie where boy gets the horns of the devil
2
Anime movie on adult swim?
2
Adult Swim anime movie had people in robots fighting kaiju-like creatures
15
Anime like Pokemon but blue cylinders instead of pokeballs and a creature that was a giant white bear with blue crystals on its back
3
Toonami anime (2015-2018) where characters fight beasts and when they beat them the beasts turn into crystals