Cartoon series with Infinity gauntlet-like worn by a teenage boy

For years I have been looking for a series which I saw one episode of when I was sick at home as a kid around 6-7 years ago. It was (I think dubbed) German if that somehow helps!

The show was about a teenage boy who wore some glove with slots in it. And for every slot there was a magic stone which each gave the wearer certain powers. From my memory it was very much like Marvel's Infinity Gauntlet but less powerful and as a cartoon series. This boy (if I remember correctly) used the powers of the glove to capture roaming monsters.

I remember parts of the episode I watched:

I have been looking all morning for the answer to this and it’s Danny Phantom! "Reality Trip", the episode/movie with Freakshow and the circus and Danny has to use the Reality Gauntlet to capture monsters or something like that and four stones have to go in it! The gauntlet allowed the wearer to control people's minds as long as all four gems with all separate powers were in the gauntlet.

Could it be Kaijudo: Rise of the Duel Monsters? It has a main character, Ray, who wears a magic gauntlet with a gem on the back, and fights monsters. It was vaguely based off Duel Monsters, but was commissioned by Wizards of the Coast, otherwise known for games like Magic: the Gathering.

I think it might be s-CRY-ed (2001)! Has mecha but a kid that has a gauntlet looking arm with a magic stone 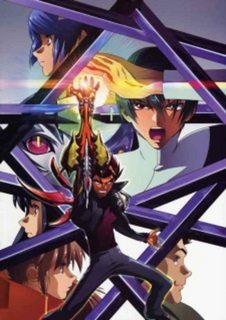 Monster Allergy. It think that's the TV show you're talking about.

Monster Allergy is based on the comic book series of the same name. The series follows 12-year-old Ezekiel Zick (called Zick) who suffers from various allergies and has the ability to see the invisible monsters that live among us. Along with help of his best friend, Elena Potato and his talking cat, Timothy, Zick hopes to hone his powers to one day become a Monster Tamer just like his dad, Zobedja Zick

Not the answer you're looking for? Browse other questions tagged story-identification cartoon superpowers or ask your own question.

5
90's book series about a boy controlling spaceship with his mind
8
Cartoon series that tells stories based on fairy tales by Grimm Brothers, Hans Christian Andersen and others
2
Anime/cartoon? - redhaired kid in yellow jacket fights monster with a magic glove that dispenses food
7
Anime/cartoon with kids battling with robots in a game
2
Cartoon series where 2 boys and 1 girl summon monsters ( NOT MAGI NATION OR HUNTIK )
5
Book or series about boy with powers
2
Manga where four children are transported to another world and are given beast powers and accessories