Are there any Martells still alive?

According to the Game of Thrones Wikia page on House Martell there are no more people named Martell alive. The only descendants of the Prince of Dorne are 5 of his bastard daughters, who aren't named Martell but Sand as is usual for bastards born in Dorne.

Are there any people named Martell still alive?

Note: The following contains spoilers for ASOS and ADWD. Do not read any further unless you wish to be spoiled.

In the Books, House Martell is very much alive and thriving.

Other than them, we have illegitimate members i.e. the Sandsnakes. They are:

Some of the images contain graphic/violent images so they're hidden behind spoiler tags. Look at your own risk.

Per show canon no, every Martell we've seen has been killed, though to be honest we didn't have many in the first place.

He was the head of House Martell and the Prince of Dorne but when he failed action on Oberyn's death Ellaria Sand kills him. 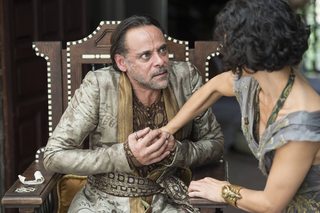 He was the son of Doran but was murdered by the Sand Snakes. 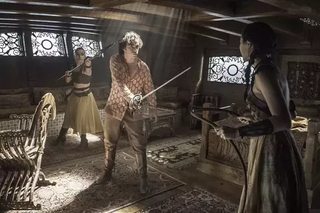 Killed by the Mountain in a trial by combat for Tyrion, has a permanent headache. 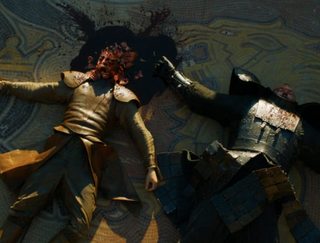 Was killed by Ser Gregor Clegane during the Sack of King's Landing at the end of Robert's Rebellion.

We also have the Sand Snakes to talk about who were Oberyn's bastard daughters, however, of the 3 in the show they are all dead.

She is killed by Euron Greyjoy when he attacks the ship they are on. 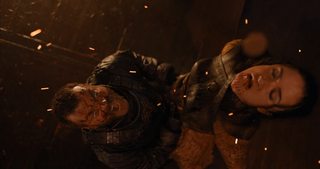 Again killed by Euron during the same attack. 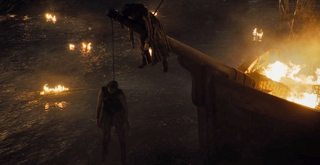 Although she could technically still be alive it's unlikely as she was poisoned by Cersei Lannister in the dungeons at the Red Keep after being taken prisoner by Euron Greyjoy. 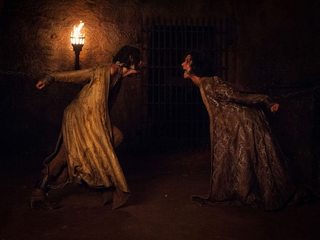 She was the paramour of Oberyn Martell so technically counts for the House and was the leader of the Sand Snakes. After being caught by Euron Greyjoy she is held prisoner in the Red Keep dungeons in the same cell as her daughter Tyene Sand who has been poisoned. She is to watch her daughter die and then be starved to death. The actress has confirmed her death too (though most likely true who knows? If it's not on screen it's uncertain).

How did you find out about Ellaria Sand’s fate?
[Showrunners David Benioff and Dan Weiss] called me, but I kind of knew already. Obviously there’s lots of trimming going on. It’s all coming to a head and you have to get rid of less important characters that the audience hasn’t had the chance to invest in as much. So I was expecting it. I wasn’t heartbroken. And I was like, “As long as I die on screen…” and they were like “Yeah!” But of course I don’t die on screen. I stay alive, I’m just not going to reappear. I think it’s really clever.
Entertainment Weekly, Game of Thrones actress on her 'worst nightmare' Cersei scene

14
Are bastard surnames permanent?
37
Who supported the Targaryens during Robert's Rebellion?
17
Under which kingdom are the Iron Islands?
12
Are there any fully noble-born (and acknowledged) bastards in the Game of Thrones TV show?
16
Is there a brothel for women in Game Of Thrones?
5
How did Ellaria Sand and the Sand Snakes take over Dorne?
11
Is there any official mention of the show changing the dates in the show to AL from AC?
2
Are there any other unofficial House words?
7
Are there any recreational drugs in Westeros or Essos?