How Common is Same-Planet Transporter Use?

I remember in an episode or two of Star Trek: Deep space Nine, either Benjamin Sisco or his Father used the transporter to travel from city to city, rather casually, while on Earth.

How common is same-planet transport use within the Federation? Do people use it frequently to go from city to city? I could imagine using it to go from San Francisco to London, but would it be used to go from, say, Washington, D.C. to Baltimore, MD, which is only a short distance away?

I don't remember anything in canon that gave any kind of guidelines about just how common transporter usage is while staying on the same planet. For instance, do people use it to commute to work instead of a 20 minute drive? Is it only available, on-planet, to military personell?

Is there anything that indicates where the line is drawn between using a transporter on a planet and travelling in some type of vehicle?

At least on Earth Transporter Credits are issued to members of starfleet academy. in the DS9 episode "Explorers" Benjamin Sisko remarks that he used up a month's worth of credits very early on beaming home to his parents for dinner every night.

Are they wide spread? We don't know. Memory-Alpha has this to say:

It is not known if they are used elsewhere on Earth.

Same planet transporters obviously exist and are used by at least military personnel on Earth and it is likely a similar process on other planets in the Federation. The technology for transporter use is highly developed, safe and expedient for certain members of the Federation, particularly military, diplomatic officials and scientists.**

Planetary transporter use would probably not be common due to the number of people needing to travel on any given day and the number of transporters available to any particular area. Coordination of such resources would be quite fantastic and while theoretically possible given the state of Alpha Quadrant technology we have no signs of massive transporter hubs in use serving major metropolitan areas so it is likely a variety of technologies and social processes reduce the amount of traffic in modern Federation cities.

Planetary ground travel does not get shown much in the Federation. The Federation appears to build most of its facilities using design principles that support walking between locations. This would be better for both the health of their citizens and better for the environment. There does appear to still be traffic particularly on the Golden Gate Bridge near Federation headquarters. We can infer, some sort of motorized wheeled vehicles are still in use. With the development of high capacity shuttlecraft and other effective flying vehicles, high speed, point to point travel can be done with a minimum of fuss. This would not be as fast as a transporter, of course, but certainly still faster than anything we can accomplish today. 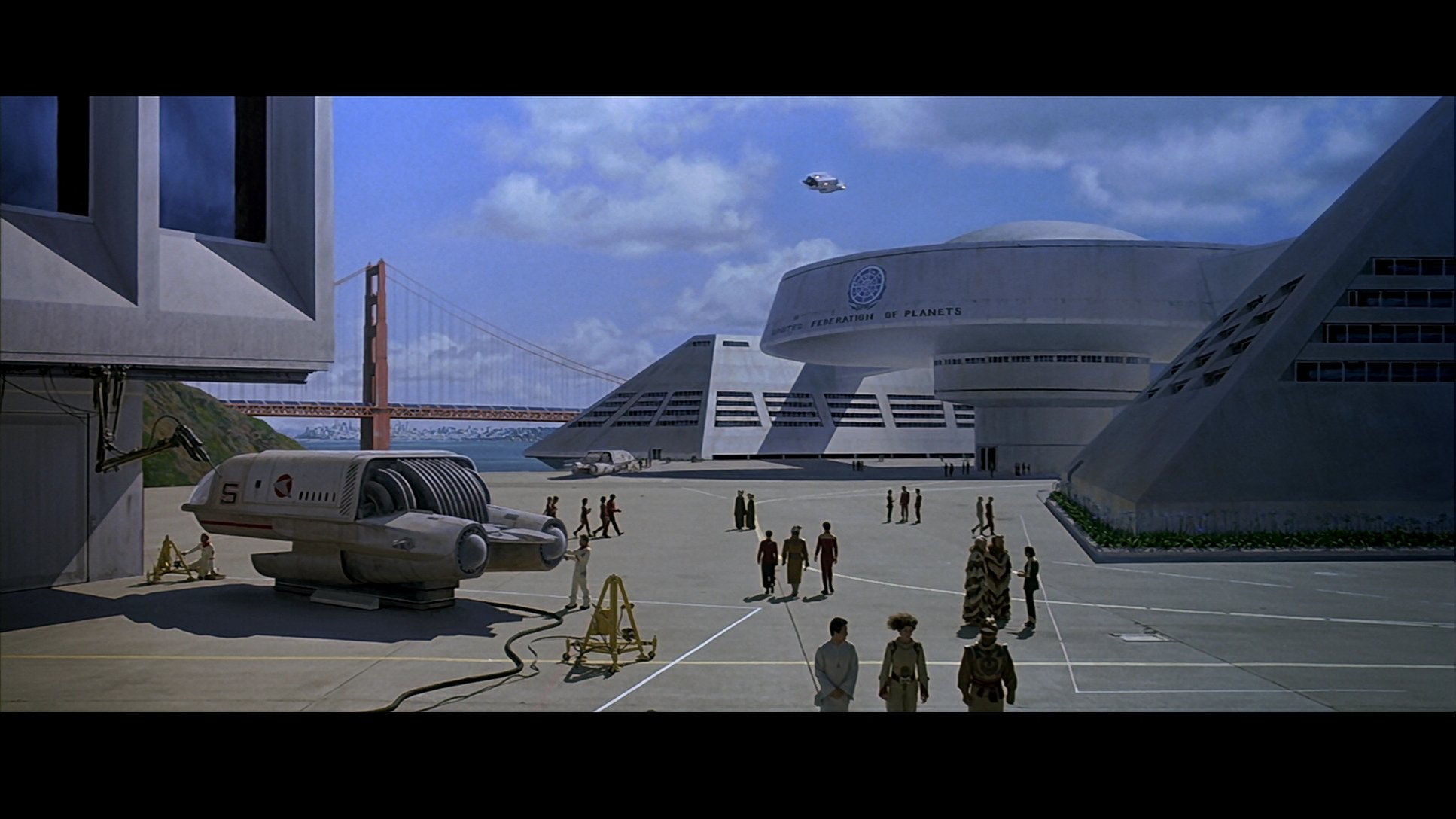 So with that in mind we can assume:

Unlimited Energy of the Federation

Yes, I understand that energy in the Federation is virtually limitless with the effective use of geothermal, solar, wind, impulse (radioactive) power, and dilithium crystals used for controlled antimatter annihilation but having nearly limitless power and controlling how that power is used would still be a factor in the Federation future.

Dilithium is still a commodity resource and use of the transporter is one of the most energy intensive uses of power outside of weapons activity. In order to remain a power in the galaxy, I would suspect the Federation and likely other Alpha Quadrant races reserve dilithium for their ship and fleet activities, utilizing other energy modes planet-side where possible.

Not the answer you're looking for? Browse other questions tagged star-trek star-trek-transporter or ask your own question.