Has George R. R. Martin ever officially stated that the shape of Westeros was based on the United Kingdom?

It is well known that George has drawn a lot of inspiration from British history. For example; 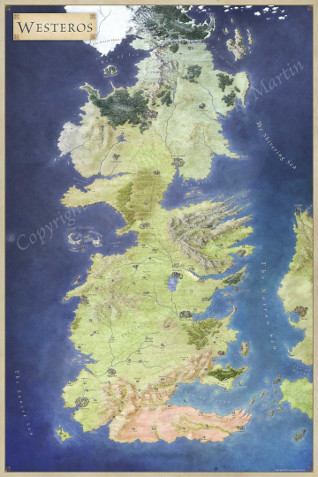 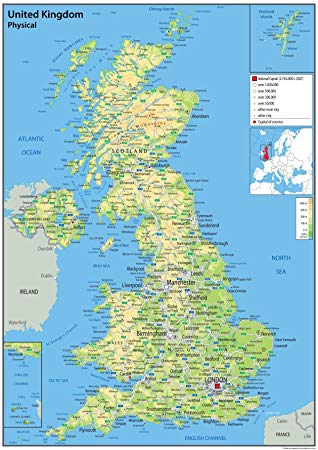 The Lands of Ice and Fire, map of Westeros.

This last one is most telling and I can't remember George ever stating that he based the shape and features of Westeros on the United Kingdom.

On a similar note, and something I hadn't considered before myself, the southern parts of Westeros are almost identical to Ireland rotated 180 degrees. This appears to be more than mere coincidence and something more than just subjective opinion in the similarities. 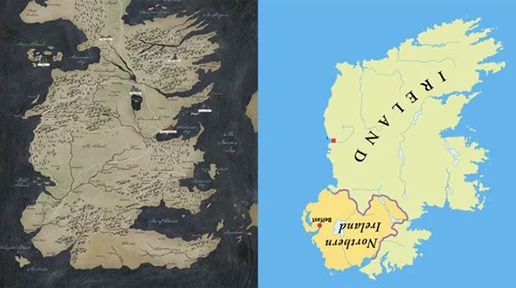 Has George R. R. Martin ever officially stated that the shape of Westeros was based on the United Kingdom?

In this 2014 San Diego Comic Con panel discussion at 15m30s he says that his map of Westeros began as Ireland upside down, where the southwest of Ireland corresponds with the Fingers. The North definitely looks like the UK, with the Wall pretty much in the same place as Hadrian's Wall.

My Westeros began as upside down Ireland. You can see the Fingers is the Dingle Peninsula and stuff like that, I've changed things.

Some readers have likened Westeros to England because they see some general similarities in its shape, and in its location off the west coast of a larger landmass. The latter is true enough (I don't see the former, myself), but Westeros is much much MUCH bigger than Britain. More the size (though not the shape, obviosuly) of South America, I'd say.

Not the answer you're looking for? Browse other questions tagged a-song-of-ice-and-fire george-r-r-martin or ask your own question.

101
Why is it that after 8,000 years, technology in Westeros has not evolved in the world of the Game of Thrones?
31
Has GRRM ever confirmed that he named some ASOIAF characters after the Muppets?
11
Is there any official mention of the show changing the dates in the show to AL from AC?