Trying to identify a novel I read - probably in the 1950s or 1960s - about a cabin boy on board a sea-going freighter who battles with an alien called "The Ancient" who has taken over the ship. The alien materializes by de-materializing the substance of an ordinary object (such as a carpet).

Almost certainly written for children or younger readers - but with some fairly ahead of their time technical concepts - for example: the implication that the alien entity had been on Earth an extremely long time and the careful adherence to conservation of mass/energy, rather than making its existence and materializations/dematerializations "magical" or "unexplained".

Since I read this book probably 60 or more years ago, I have very little recollection of fine detail - or even how the defeat of The Ancient came about.

I do remember that it was one of the first Sci-Fi books I ever read and it left me with a permanent attachment to the genre.

Hardback cover was a picture of "The Ancient" (human form, shoulder length grey /white hair (center parted), dressed in a sweater and slacks, surrounded by some members of the freighter crew, pointing angrily at the story hero - the cabin boy).

Noting that the name I remember is that of the alien (The Ancient) I cannot say for certain whether this was any part of the book title.

According to some fragments I found in New Statesman, vol. 46 it could be The Man from Outer Space by Douglas V. Duff (1953).

There is certainly a being (The Ancient) from some miles off in The Man front Outer Space but he remains sadly earth-bound. He is planning world conquest from a new-fangled submarine and can assume any human shape and...

The cover doesn't match your description, but the frontispiece seems to: 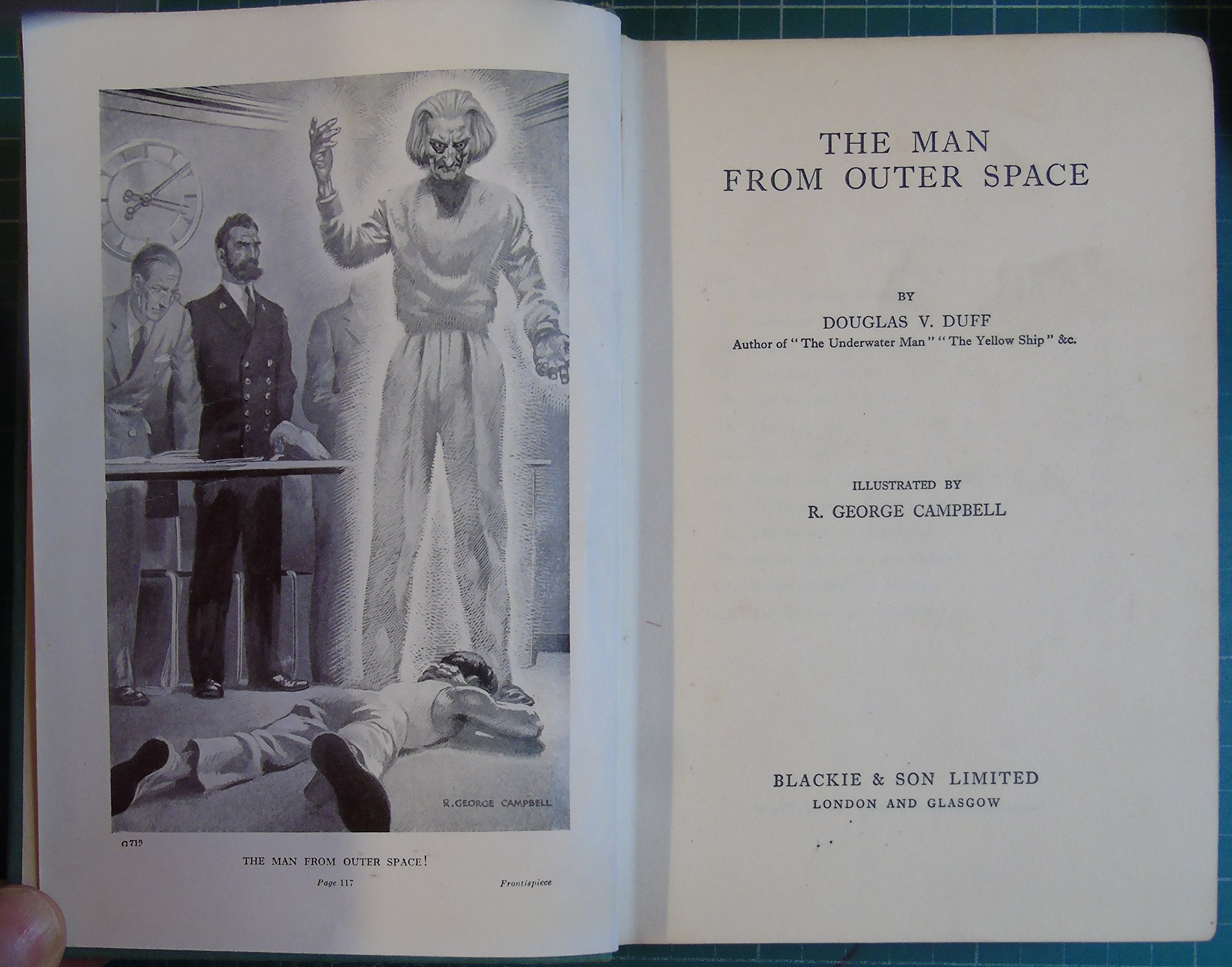 4
Children's book about a talking alien baby (who lives on the moon?)
5
Children's novel about a magic spring, called something like "Down the Mountain"
16
Seeking a short story about psychologically curing a human serviceman of his obsession with an alien female's affection
25
Novel about rendezvous with alien ship travelling through the solar system
4
Children's novel: Children create slightly imperfect duplicates, starting with mug