How did Krennic locate the Erso family's hideout?

In the very beginning of Rogue One: A Star Wars Story, Orson Krennic found his way to Lah'mu and directly to the farm where Galen Erso and his family were hiding.

Krennic: You're a hard man to find, Galen.

Krennic and his men landed on the site straight from space, so he must have known the exact location. But where had he gathered that information? Was there an informant on the planet? Did someone sell the Ersos out? Is there a background story revealing this?

The first line of the Rogue One novelisation pretty much gives the game away.

Galen Erso was not a good farmer.

Someone with Erso's obvious talents, intellect and the financial backing to buy a farm (but near-total incompetence as a farmer and zero interest in buying outland tools and materials), turning up with his family in tow onto a small agrarian planet with a population of less than 500 souls would raise all kinds of eyebrows with the locals. Eventually that information would make its way to Imperial sources and get flagged as something of interest to be investigated.

Since Erso has made no effort to change his physical appearance, split from his wife or keep his child out of view, his personal and familial profile would exactly meet the Empire's watch-list of 'individuals of concern'. 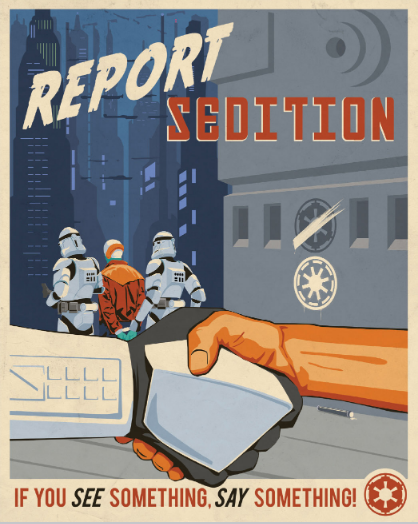 We also learn (in Catalyst: A Rogue One Novel) that Saw Gererra cased the planet for them and bought the homestead through a front company, so it's possible that Erso was tagged as a possible Rebel by others in the community.

“I think I’ve found the perfect place,” Saw told her parents. “Remote. A bit desolate, but tranquil.” He nodded his chin toward Jyn. “Plenty of room for this one to run around.” He pulled his datapad from his pant pocket and showed them the image of a green, black, and blue planet with a wide ring. “It’s called Lah’mu.”

Papa looked at the image and said, “It looks unspoiled.”

“It’s getting harder and harder to find worlds the Empire hasn’t swept into its grasp,” Saw said. “More and more star systems are knuckling under; more and more planets are being ravaged and sucked dry for resources. Lah’mu is one of the exceptions.”

8
Why did Director Krennic personally go to the data vaults?
17
Why did this character continue to want Galen Erso dead?
30
Does this cut material from Rogue One still appear in the novelisation?
18
What is the Erso family’s relationship with the Force?
14
How did Galen Erso know about the codename for the plans of the station?
8
How did the Alliance find out Liana Hallik was Jyn Erso?
14
Why would Krennic trust Galen Erso?
14
Why does Krennic land so far away from the Erso farm?
9
Why did Lyra Erso's blaster bolt not kill Orson Krennic?
7
In Rogue One, why don't the Rebels go directly to Saw Gerrera or Galen Erso and seek Jyn Erso instead?