In the 90s I read a 3 book series about a girl who lived with or was close with dragons. They lived in a desert like environment with the dragons having a clan like social structure. The girl had befriended one of the young dragons who was looked poorly upon for having her as a friend or pet. If I remember correctly the girl had wild red hair and the people were described in a primitive way with like leather clothes and spears. The story was a typical coming of age and underdog story. I wish I could remember more details. The cover at the time for the first book may have had a dragon or two fighting with the girl on a rock with a spear? Hope this rings a bell for someone.

Are you perhaps thinking of the Half-blood Chronicles by Andre Norton and Mercedes Lackey, starting with The Elvenbane, published in 1991?

This is the story of Shana, a halfbreed born of the forbidden union of an Elvenlord father and a human mother. Her exiled mother dead, she was rescued and raised by dragons, a proud, ancient race who existed unbeknownst to elven or humankind. From birth, Shana was the embodiment of the Prophecy that the all-powerful Elvenlords feared. Her destiny is the enthralling adventure of a lifetime.

Shana is feral, so that would fit the "primitive" aspect of things. The dragon who takes her up is indeed teased about his "pet". I haven't found a cover with a spear, but she is a redhead. 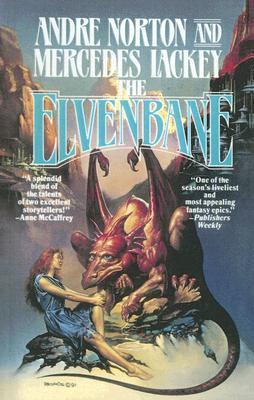 13
Book about human girl who lives with dragons