When and why did orcs get their pointy ears and tusks?

Orcs are commonly depicted as being green skinned, tusked, pointy eared humanoids. While the green skin part was popularized by games like Warcraft, I’m not so sure about the tusks or pointy ears. Does anyone know what the earliest depiction of orcs having pointy ears and tusks is, and why they were given those traits?

The 1977 Advanced Dungeons and Dragons Monster Manual illustration for orcs shows both pointed ears and tusks, and probably influenced a lot of other artists and game designers. The image is from my copy. For some reason I colored their eyes and tusks red. I was young... 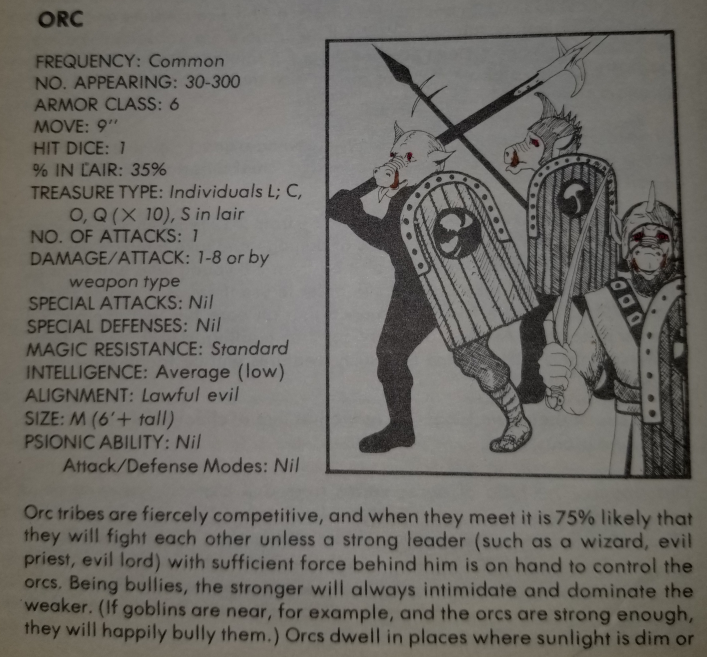 In the 1970s, Greg & Tim Hildebrandt did a series of official Tolkien calendars, published by Ballantine Books. The first was the 1976 calendar, published in 1975, which for June featured the image "Captured By Orcs" (see below). This clearly shows the orcs having tusks and pointed ears. 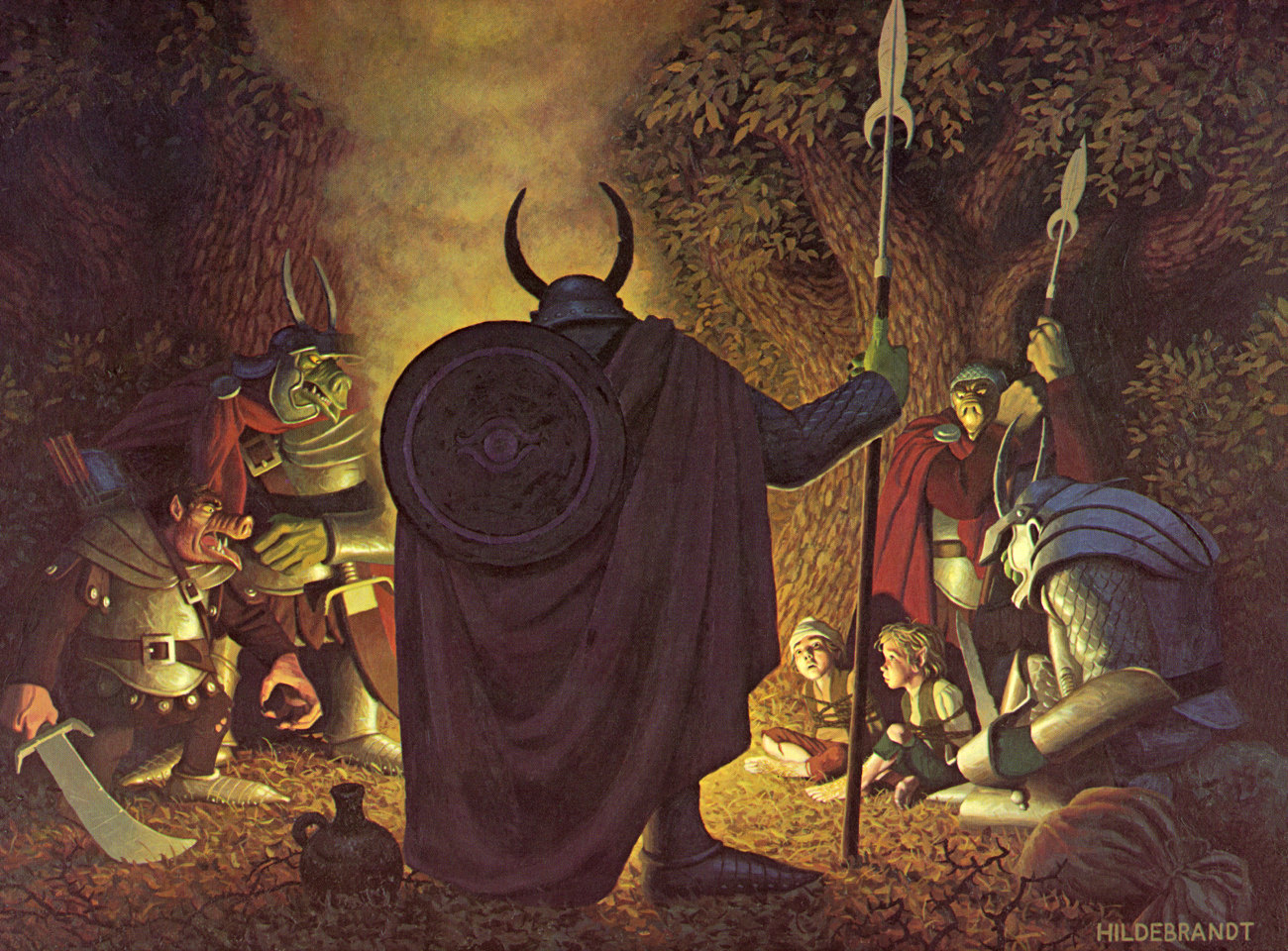 In the preceding 1975 calendar (published 1974), Tim Kirk has an illustration of two orcs (below), with one clearly having tusks (and fangs). However, helmets obscure the ears, making it impossible to tell if they are pointed. 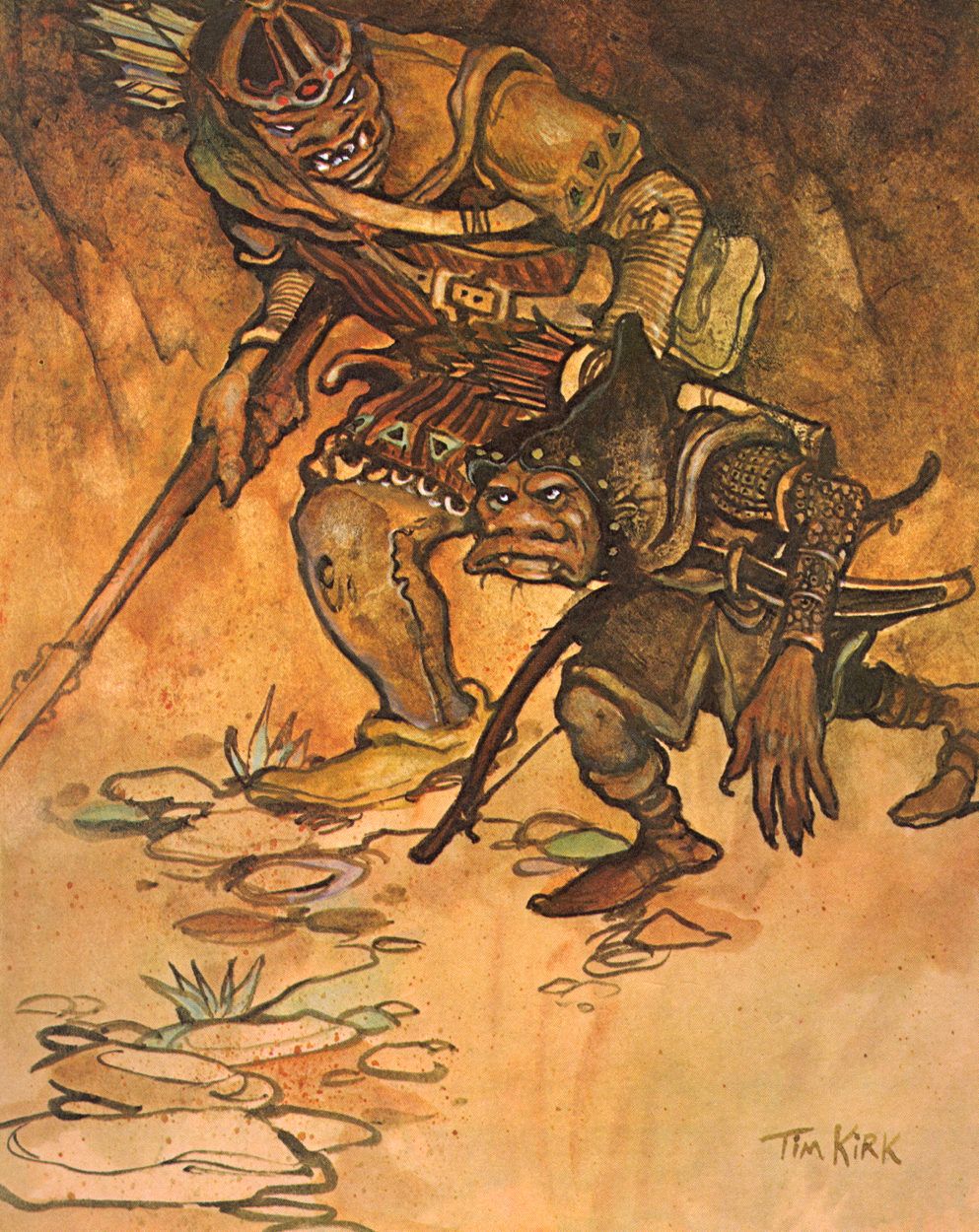 As for why, it is unclear. Tolkien described them as fanged, but (AFAIR) don't mention tusks or pointed ears. However, Nordic trolls have traditionally often been portrayed as having tusks and/or pointed ears, as in the painting below by Swedish artist John Bauer (1882-1918). Since orcs are akin to trolls, that could have been the inspiration. 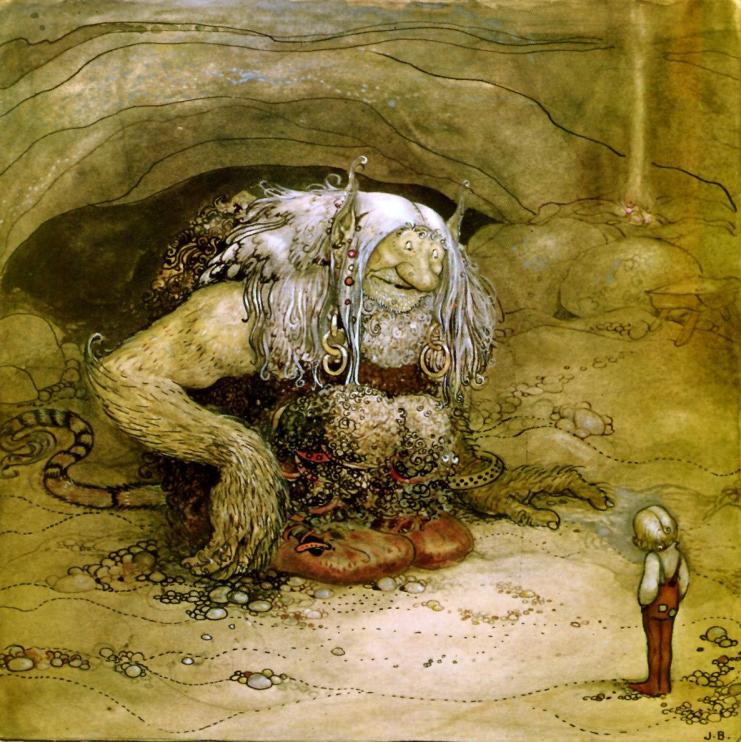 See also the Arthur Rackham illustrations below of trolls and goblins: Pointed ears, but no tusks. 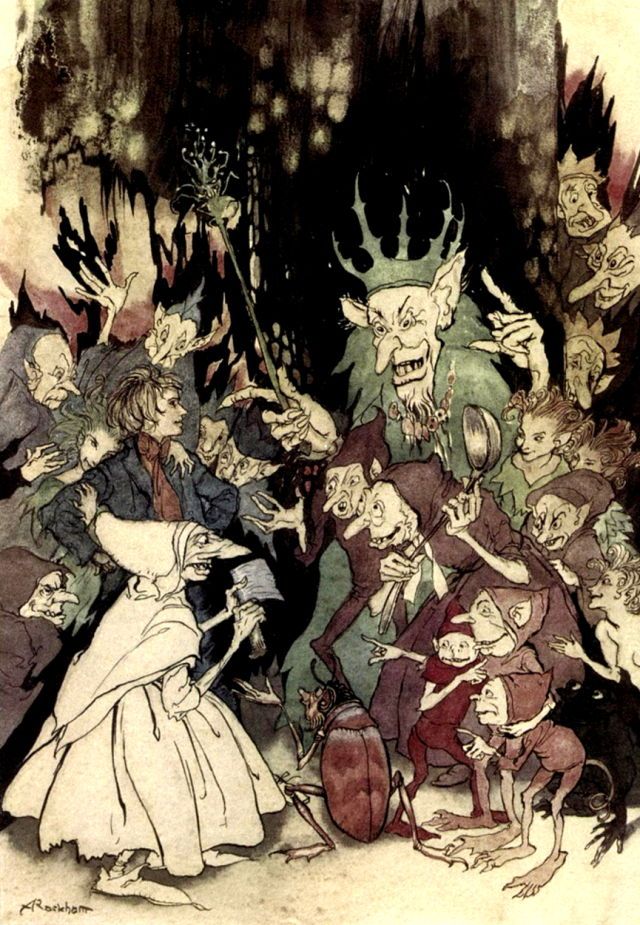 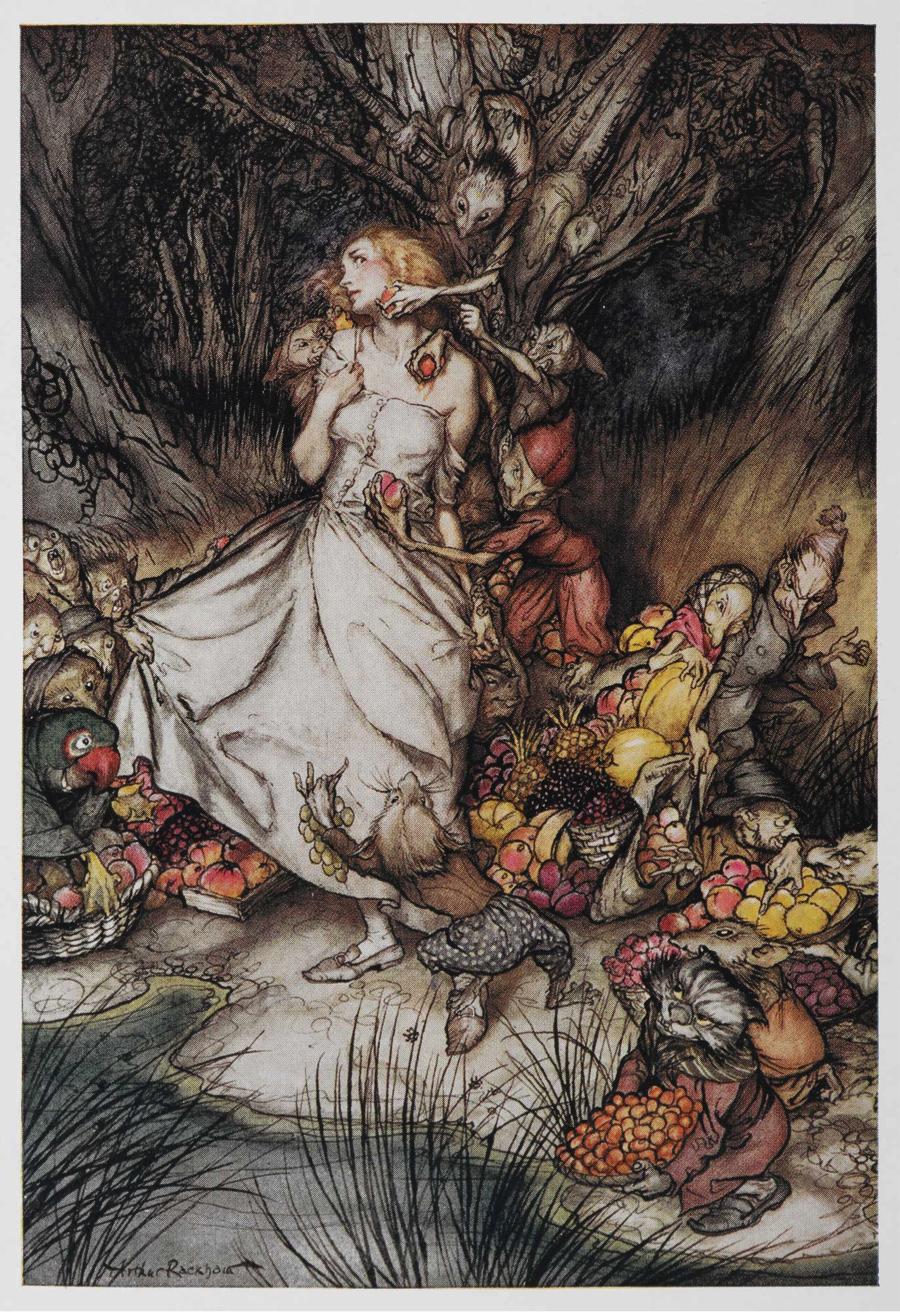 Not the answer you're looking for? Browse other questions tagged history-of orcs or ask your own question.

124
When and why did orcs go green?
22
What is the origin of elves (and fairies and Vulcans) having pointy ears?

11
Why is breeding men and orcs considered evil?
10
Why would orcs and humans fight on the same side in Lord of the Rings?
7
When did orcs being as big or bigger than humans become standard?
124
When and why did orcs go green?
7
When, Where and Why did the fashion to depict Fantasy Dark Lords Wearing Spiked Crowns Start?
15
When did an overlap in readership of both Sci-Fi and Fantasy first become recognized by publishers?