Star Trek: The Next Generation episode with a black snowman

My three-year-old daughter has just been telling me about an episode of The Next Generation which was on earlier.

The man runned on the sand and he fell in the black thing, and he came up a black snowman.

The mans had their orange torches, and they threw fire on the black snowman and it melted.

My curiosity is piqued; can anyone help me identify this episode where phaser fire (I presume) melts a black creature in a sandy environment? 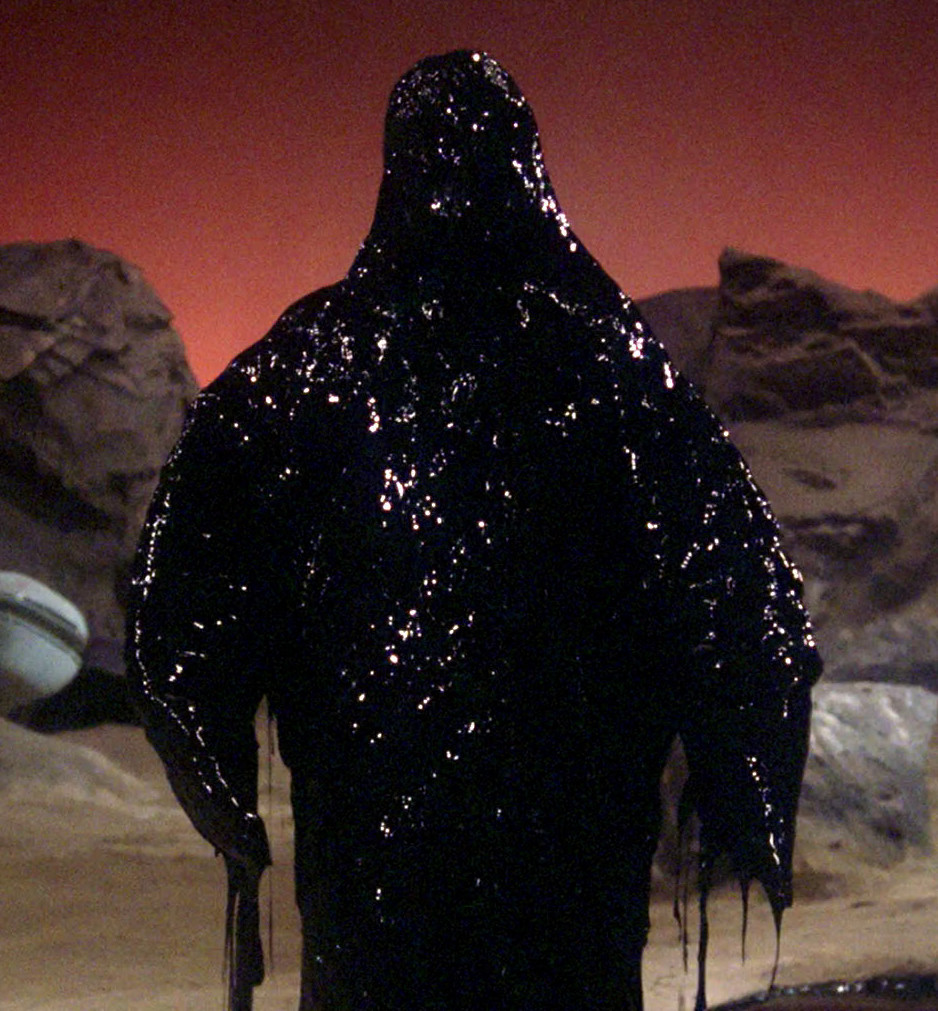 My best guess is "Skin of Evil" (S01E23), in which Riker gets absorbed by what could be described compactly as a sludge monster and is later spat out covered in Metamucil and printer ink. While the monster isn't destroyed, melted, or even harmed by phaser fire, I'm quite certain that at some point he responds to phaser fire by "melting down" into a less anthropomorphic, more ooze-like form and retreating.