Woman falls for dangerous man who can occupy different bodies

Her name is Sierra and she fell for a dangerous man who wanted to live forever. He found a way to occupy different bodies during the ball gown masquerade. They disappeared into the night together, and flash forward to the present day, where she tries to escape him.

Her face was pale and she had sleek black hair on the cover. She might have been holding a pink rose. She escaped into this girl's body but her boyfriend realized it. The girl's closet smelled of roses or lilacs or something.

Might this be The Alchemy of Forever by Avery Williams? It was published in 2012, and is the first book in the Incarnation Series. 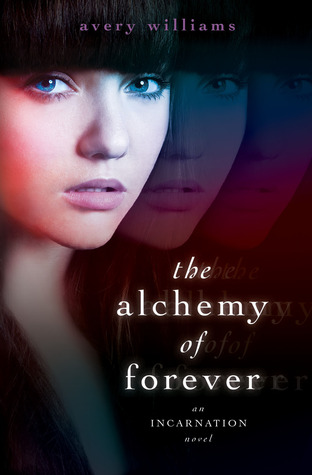 According to this review from booksbypamelathompson.blogspot.com, the plot is very similar to what you described:

Seraphina Ames has been alive for 600 years ever since she was a girl in London in 1349 and attended a masquerade ball where she danced with a stunning stranger. He takes her outside to a London street and she sees that it is Cyrus, the apothecary's handsome son. They are accosted by street thugs who knife Seraphina, but Cyrus brings her back to life with a serum his father created that gives eternal life. Since then, every few years Seraphina must find another young body to inhabit. That means someone has to die--each time she takes another host, the young woman dies.

She's disgusted by what she has become--a murderer of young and beautiful girls and she doesn't love Cyrus anymore; he is controlling and cruel. She makes up her mind to die for real this time, but she needs to get away from Cyrus in order to do so. He would never allow her to die and leave him alone in the world. Imagine living in an abusive relationship; now imagine doing it for 600 years!

When Sera tries to save a teen girl from jumping to her death, she just happens upon a car crash victim. The girl is dying and before Sera knows it, she inhabits the girl's body--she just can't help herself. When she awakens, she is 16-year old Kailey Morgan, a young girl whose future looks bright.

Sera is horrified that she's still alive and doesn't know how to act--it's been a long time since she was ever 16. High school is like another civilization in itself. Kailey (Sera) finds fitting in with her friends and acting like a "normal" teen is a full-time job. Having caring parents and a brother who loves her is weird, too. That, and the neighbor boy who is ridiculously hot and obviously in love with Kailey is another "problem" that Sera soon finds appealing.

Sera hates to disappear on this family, but she knows she can't stay Kailey forever and Cyrus is surely looking for her by now. When a new substitute teacher appears at her school, Sera is in serious trouble. Just how long can she keep up the masquerade? How long before Cyrus finds her?