Are there still oceans on the darkened Matrix Earth?

In the first Matrix film, we see how Morpheus shows Anderson the devastated Earth, first from a TV screen, then like being actually there, looking on a city that looks like New York (the destroyed buildings look like the former WTCs). If it's indeed New York, it looks like they're watching it from a dried out Atlantic Ocean. Throughout the 2nd and 3rd film, the Logos goes from Zion to the Machine City eventually, leaving the underground tunnels close to the machine city and the fields and towers of the bluepills. Since I suspect Zion somewhere beneath North America and the Machine City is in Mesopotamia, either the tunnels are so deep they go beneath the Atlantic Ocean or there are no more oceans on the Matrix Earth.

It is assumed that Zion isn't "close to the Earth's core" as Tank put it, but much closer to the surface. Throughout the trilogy no surface water is seen (outside the Matrix), so are there no more oceans on the Matrix Earth and if so, how did that happen?

In the Animatrix short film 'Matriculated' we open with our main character staring watchfully out to what we can assume is the sea. It follows that large expanses of open water are still around on the Earth. 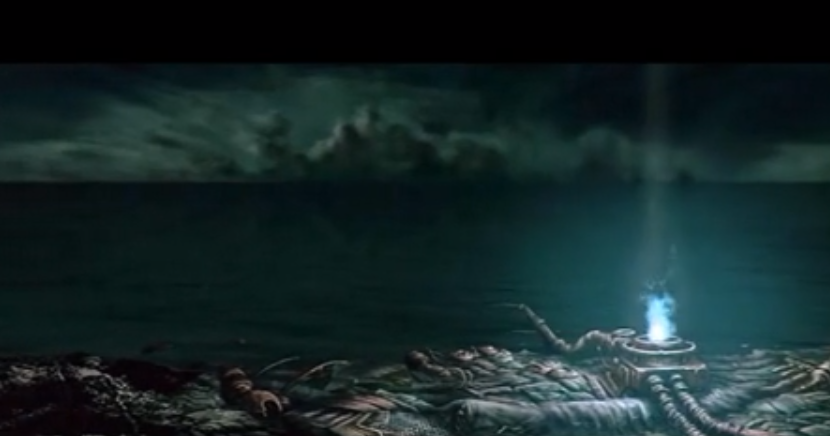 As to the location of Zion, your question is at fault. We know from The Second Renaissance that the Machine City is in Mesopotamia. Since the Zionese hovercraft only seem to be capable of subsonic travel (and given that Neo and Trinity reach the city from Zion in only a few hours), it follows that Zion must also be relatively close by.

I'm not aware of an unambiguous canonical answer, but some details in The Matrix comic "The Miller's Tale" by Paul Chadwick (included in the volume 1 collection) can be read as a yes.

Specifically, it describes the rain as unceasing, which seems unlikely without oceans to support a very active hydrologic cycle... 20
Are there vampires and werewolves and aliens in the Matrix?
7
Are there Buddhist influences in The Matrix?
36
How did the Zionists in the pre-Neo era explain the relative ease of rescuing prisoners?
1
Can hoverships transmit messages to Zion from broadcast level?
11
Did "The Machine Stops" inspire "The Matrix"?
5
How was Neo ever in the Train-station? Brain wi-fi? Why did nobody know about Brain-fi?
53
Why did the people of Zion never find evidence of the previous cycles?
5
How does Neo come back to life?
10
Are there nested Matrixes in "The Matrix: Resurrections"?