What religious references are there in the Matrix trilogy?

I did a little bit more research, and found something interesting. Agent Smith’s vehicle has a license plate on the front, which contains a Bible verse, as seen below: 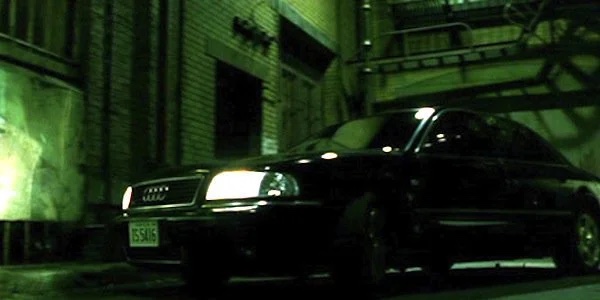 As for analogies, the biggest is that Neo is transparently a Christ figure. There are honestly too many elements to reference here, but sacrificing himself, coming back to life, bringing others back to life, and then there's when he finally dies...

In addition to the references given in another answer, there are other references to Neo as a Christ figure:

Some other religious references include:

Whenever the impure spirits saw him, they fell down before him and cried out, “You are the Son of God.”

Also: The trainman is the only one being able to cross sides. He resembles the ferryman that guides the dead to the afterlife.

Further to other answers,

Adding to others - some Christianity related references in part 3:

Part 1 has mostly Christian references, as I remember, part 2 has some Buddhism references. They are either mentioned or I forgot them.

The Matrix draws heavily on Gnosticism which significantly differs from mainstream Christianity and Judaism in some important points. I'm hardly an expert on that, but here is what I've gathered from wikipedia.

I'm sure there are many more parallels but these are probably the main ones.

[Edit: Sorry about the formatting. Hopefully it's legible. I'm just not good at forums.]

Cypher - Lucifer Almost all of Cypher's lines mirror Satan's. It's actually kind of insane how obvious it is once you are looking for it.
In making the deal with Smith, he is choosing to rule in Hell(the matrix) than serve in Heaven(reality)

To Trinity "for the longest time I thought I loved you." (Satan serving in Heaven vs the Trinity)

"Im tired of this war, tired of fighting this war, bur most of all, I'm tired of that jagoff and all of his bullshit. He lied to us, he tricked us. If he told us the truth, we would have shoved that redpill up his ass. Surprise asshole, I bet you never saw this coming." (Satan talking to the other Angels about God, wanting them to follow him into rebellion)

Trinity says "he set us free" Cypher says "Free? You call this free? All I do is what he tells me to do! If I have to choose between that and the Matrix, I choose the Matrix." (Same theme of rebellion against God.)

"I disagree. The matrix can be more real than this world. All I do is pull this cord and you have to watch Apoc die. Welcome to the real world, huh baby?" (This is Satan's relationship with humanity. He's telling Trinity that he controls life and death on earth. He isn't talking about himself directly anymore)

Trinity "God damn you cypher" Cypher "Don't hate me, Trinity. I'm just the messenger, and now I'm going to prove it to you." (Satan is now at war with God. This is kind of the crucifixion parallel. Satan is full of hubris and flexing on what he can do. Christ is on the cross and it looks like Satan is coming home with a big W.)

"If Neo is the one, there would have e to be some miracle to stop me. How can he be the one, if he is dead?!" (Christ dies.)

"No, I don't believe it!" "Believe it motherfucker! ZZZZZAAAAAP" (Christ comes back bigger than ever after kicking down the gates of hell to return. Then, just like in the bible, Satan gets electrocuted with a lightning gun by a guy named after heavy machinery. Don't quote me.)

Cypher is the deceiver. He's the rebel that wants to be free from God's oversight. He tricks them all, gets a bunch of people killed, then works to kill the son of God. While he is tapdancing over Christ's corpse, the Deus in Deus Ex Machina sends Christ to hell to wreck shop.

[All quotes are approximations, but you get the jist.]

Matrix Revolutions has Asatoma Sadgamaya when the credits start rolling

and also has many characters aptly named after those who are mentioned in the epics of Hinduism.
Share
Improve this answer
answered Jun 30, 2021 at 12:25

Not the answer you're looking for? Browse other questions tagged the-matrix religion or ask your own question.

20
Are there vampires and werewolves and aliens in the Matrix?
7
Are there Buddhist influences in The Matrix?
7
The Navras mantra used in Matrix 3. Mantras religious context
50
Did Neo die in the end of the Matrix trilogy?
21
Did the Wachowskis intend for the humans to be the villains of The Matrix?
40
Are hobbits religious?
53
Why did the people of Zion never find evidence of the previous cycles?
13
Are there still oceans on the darkened Matrix Earth?
10
Are there nested Matrixes in "The Matrix: Resurrections"?