I am trying to remember the name of a science fiction book I borrowed from a library in Ohio sometime between the years 2001–2009, though it was probably closer to the end of that period than the beginning. I'm going to start by saying this book is not integral trees, I say that because when I search for my book, all I can see is that one. I've never read integral trees, but I'm very certain that it is not the book I am looking for.

This is a sketch of what I remember about the cover: 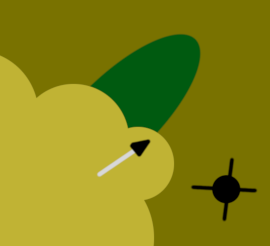 The colors of the objects are somewhat close to how they are in my head:

I realized that my drawing may look like a flying saucer so I'm attaching another image which has a similar looking ship: 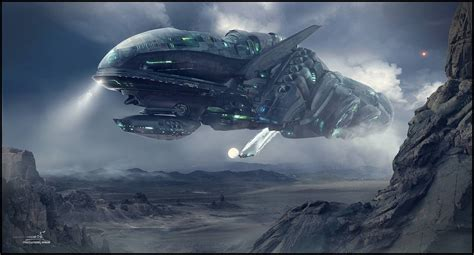 The book takes place inside a gas giant planet with a breathable atmosphere. This planet has a machine at its center with a burning core which supplies all of the heat and light inside the clouds of the planet. If I remember correctly, the planet is either in deep space or the nearest star is dead.

The core is memorable to me, in my head it looks similar to the burning thing with rings around it in the Game of Thrones intro. I remember that while watching that show I would always remember this book and think about reading it again. 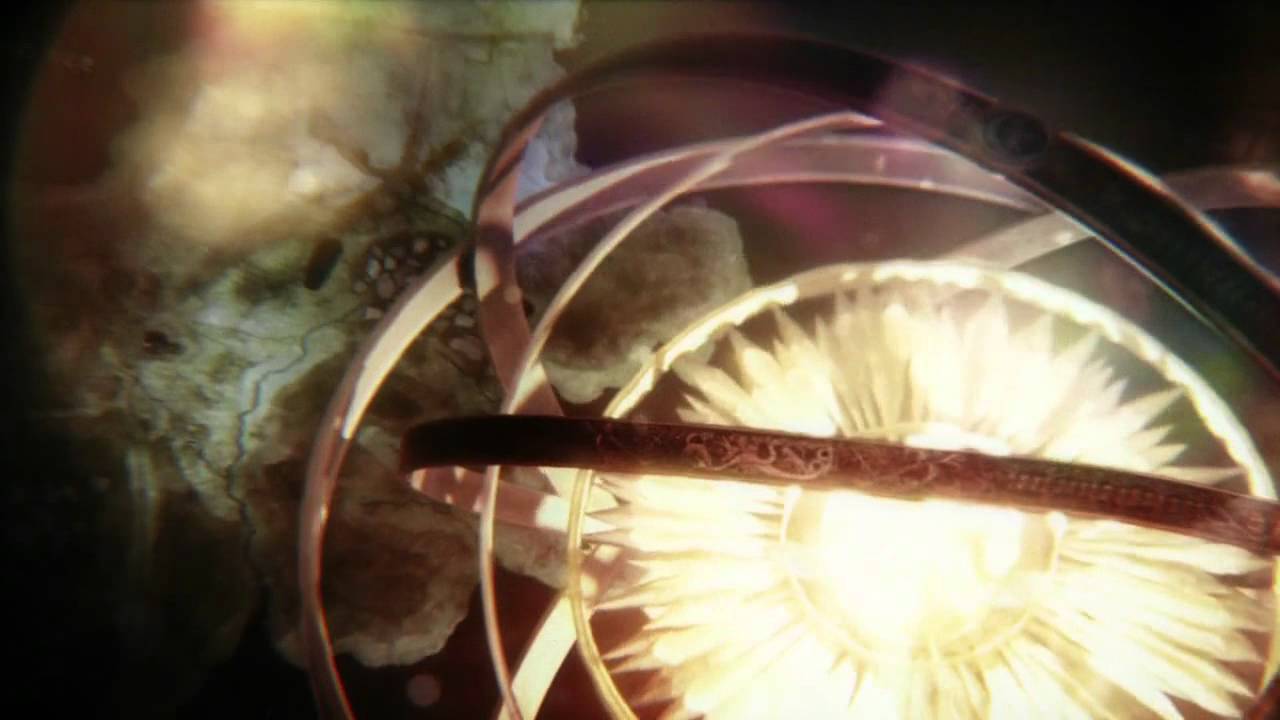 The gas giant itself is not very large: humans can go near the core and not be crushed by the weight of the atmosphere, and at the same time can travel to the upper atmosphere without there being enough gravity to stand on any surfaces. Gravity is basically zero most places of this planet. There are no landmasses, just core and atmosphere. I believe that the planet was artificially created by a race of humans who are no longer around, the only survivors are the long descendants of the original humans and they do not know how the core works.

All characters are humans who live in flying ships or stations in the middle atmosphere. Dirt and water is precious, and crops are grown in the light of the core. People transport themselves in low tech wooden ships. I remember there being a part about how it was important to sleep next to a fan or else people sleeping indoors might suffocate themselves in their own exhalations.

The main character is a teen aged boy who lives in a floating colony. In the opening scenes he is riding a craft which is similar to the speeder bikes from star wars. I remember that because he was moving quickly through the atmosphere, he had built up a lot of static electricity, so he suddenly stopped his bike and let a long rope/wire fling ahead of him and hit a cloud. This apparently transferred the electricity into the cloud so he wouldn't get fried when he landed on his home colony.

Some time later "something bad happens" and initiates his adventure. I think he meets a rebel/soldier who is on a secret mission but dies. The boy looks through his stuff and finds a picture of a secret enemy ship. At first he doesn't see why it might be important, and then his eyes adjust to the scale and he realizes it is enormous.

He estimates its size by seeing a speeder bike which seems to be going full speed, behind it is a contrail he thinks must be at least x meters long, and if the ship behind it is even larger than that...then it must be (some really big number). Obviously, the picture he's looking at is probably the cover of the book.

I think this ship destroyed some colony, and is presumed to just be the initial attack from the enemy faction before launching a full out attack.

While the story arc progresses he meets a woman who is also a rebel/soldier and will help him on his mission, I think she takes his virginity at some point (or I'm remembering another book I read just before this one) and they get chased all over the place by the bad guys.

At some point they are in the custody of people who aren't exactly bad guys, but getting away from them ASAP would be a good idea. I remember the boy and the woman were in a dark lower room of their ship talking, and she was trying to fix some device or whatever when some tool of hers started to float away from her. She snatches it quickly and says "well that's not good"

"What does that mean?"

"Well, if there's gravity here then we must be getting really close to the upper atmosphere"

I think that's when they go up to the deck, or they later hear a commotion and go up there. Sure enough, they're floating in the upper atmosphere. There's these big icicle structures that I imagined like stalactites hanging from nothing. Apparently they're like hail, but since there's not much gravity they can grow very large and not fall, unless given a jolt.

Sure enough, that last part was foreshadowing that there would be a battle up there. The bad guys find them, some bombs go off, and the icicles start falling.

Ship to ship battles are much like sea battles on Earth except it is in zero gravity. During fights, soldiers must be tied with ropes to their ships since being stranded out in the atmosphere makes a person basically useless. Weapons are swords, muskets and rockets somewhat similar to fireworks.

I don't remember if it was this battle or another one, but for a couple of pages it switches perspective to a captain of one ship in a fight with another ship. His ship was badly damaged, lost control, and was spinning. He ordered his men to tie themselves down and fire their muskets out a hole in the side of his ship.

They would shoot at the enemy and while the ship was rotating away from them the riflemen would reload their muskets for the next barrage. If I remember correctly, the captain we're seeing this scene from dies. But he does some clever "I'm taking you with me" move that takes out the other ship.

After the icicle fight in the upper atmosphere, the woman and boy escape the people they were with and continue whatever journey they were on. I remember at this stage the story became less about the really big ship and more about how the core was going to go out and they needed to deliver some McGuffin and fix it.

They then go to the center where the machine and core are and there's some complicated business about how to fix it. I think it may have been one of those "you have to sacrifice yourself to save the world" deals, but I can't remember if that's the case or who ends up doing the sacrificing. But it makes sense that the woman ends up doing it since she's the one who knows how to fix things.

Many of the plot elements you describe seem to fit Sun of Suns (2006) by Karl Schroeder, the first book of his Virga series.

The protagonist, Hayden Griffin, lived in the nation of Aerie, in a giant, 3000km diameter bubble of air floating in space. Nations form around what matter (e.g. asteroids) can be found that are lit by artificial "suns."

Hayden was orphaned when the nation of Slipstream raided Aerie, and grows up partially raised by pirates, motivated to kill the Slipstream Pilot who killed his parents.

At one point he glimpses spy photographs of a giant ship under construction by a rival power, and estimates it is 3km long.

There is a scene where icebergs, that form under the exterior skin of the bubble are dropped on enemy (pirate) ships; this is one of the strongest points of recognition with your question.

There are a lot more plot details available on the book's Wikipedia page.

The U.S. paperback cover has a vaguely similar (in a "squint and look at it sideways" way) composition to what you show, notably the most colourful element being the partially-obscured greenish shape in the middle: 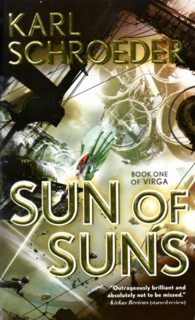 2
Book Identification with an Ice Planet
8
What is the title/author of this obscure SciFi book where aliens sell coffee?
8
Book: colonized planet and growing plants to sustain more births, wall around colony in poisonous atmosphere
10
YA SciFi moon colony story
6
Story identification: a book with red haired people
15
Book where all people live in a tower above the clouds