Why is Batwoman part of the bat family?

Kate Kane seems to have no relation to Bruce Wayne or Batman. She's just some woman who had a motivation to become a crusader. The Robins were taken in by Batman and at least Batgirl trained with Bruce.

Technically, she wasn't part of Batman's family of crusaders. She was inspired by him, but not trained by him. He opposed her career both in the Silver Age and the Modern Age. She was created by the same writer, however, and thus via proxy she would be a member of the Bat family even if the Batman never approved of her or her mission.

Batwoman is getting a makeover in the DCnU and whether that means she will work any better with the Batman Family is anyone's guess. 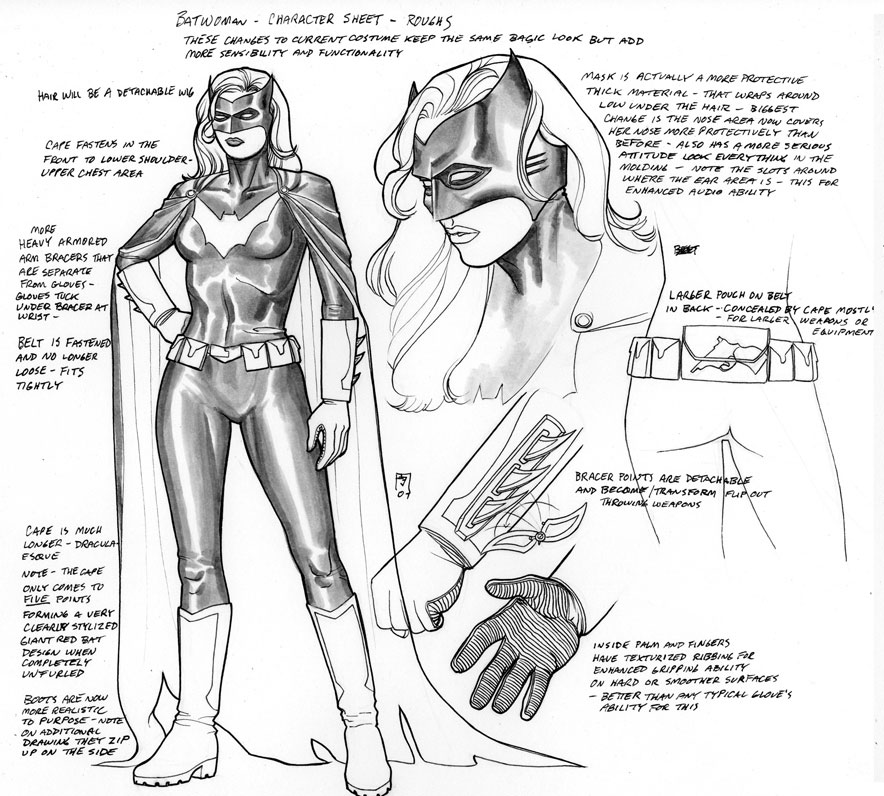 Batwoman, I'm assuming the current one, has no real relationship other than permission and is related to the original Batwoman(Batman's ex-girlfriend).

The reality is, she was slotted into Huntress(Bertinelli's) place, down to the similar costume and personality.

Stephanie, was Robin(Drake)'s ex-girlfriend, and became apart of the Batman family through him. He didn't approve of her until close to her death. Her father is Cluemaster, a mid-level Batman villain.

I don't recall her being in Batman all that often until she became Robin, which was maybe 10 years after her first appearance.

The original Batwoman was Bruce Wayne's aunt by marriage (she married into the Kane family, and Bruce's mom was Martha Kane) but was widowed at the time. The newest Batwoman, Kate Kane is cousins with Bruce and is the niece (again, by marriage) to the original Batwoman; although neither Batman or Batwoman are aware of each other's secret identities and Kate is unaware Kathy was the original Batwoman. This is almost entirely retconned in the new 52, as Kate Kane is the original Batwoman and Kathy ends up still existing, but as an agent instead of a superhero. She's not part of the Bat-family despite being his literal family, but she operates with Batman's blessing and he trusts her to take care of Gotham when he has international or League business.

Her father is an ex-colonel and in Detective Comics #854, it is stated she is the cousin of Bette "Flamebird" Kane. ... Detective Comics #854 would introduce Alice, a new villain for Kate who is also revealed to be her twin sister, Elizabeth Kane. From 2010, the character began appearing in the self-titled series Batwoman.

21
Why are there so many different bat symbols?
26
How did the Bat-Signal work on cloudless/moonless nights?
11
Why rebuild the bat signal in The Dark Knight Rises?
18
Who are these Bat-family members?
35
Is the Batcave bat-friendly?
2
Why is Batman dressed like a bat?
4
When and why did Bat-Man become Batman?
9
Is the Black Bat, a Pakistani Batman, a real character?
13
Who is this character associated with the Bat-family?