Which season/episode is the “Picard Engage Photo” from?

Which episode is this widely-used 'meme' picture taken from? 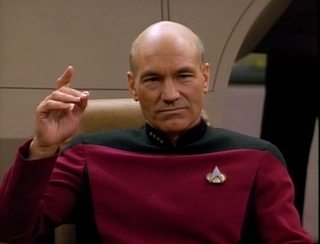 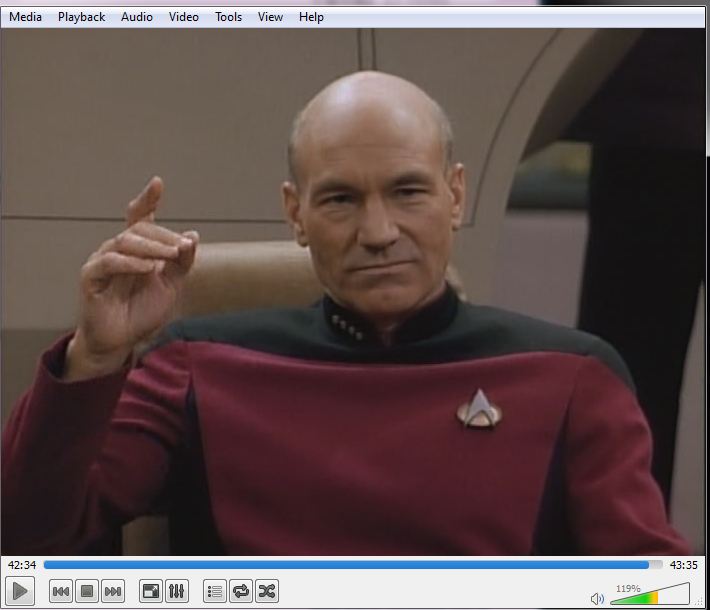 After my third show-skimming (I suspected it would be at the end of an episode), I determined that jumping to 42:10 of any particular episode would be early enough to catch the final remarks/gestures, late enough that the scene wouldn't change. So, at 42:10 — no bridge seen, I moved on. It wasn't labourous.

Not the answer you're looking for? Browse other questions tagged star-trek star-trek-tng episode-identification meme or ask your own question.

19
What is the original context of this Spock video clip?

44
Which episode is the “double facepalm” image macro from?
50
Which episode of Star Trek: TNG is the image on the chat servers' error pages taken from?
45
Is this image of Picard using Data as a phone from an actual episode?
2
Which ST:TNG episode contains image of surprised Picard face?
18
Which Star Trek:TNG episode does Data asks Picard whether a human has a moral obligation to use augmented prosthetic?
2
Where did the animated section of this image come from?
1
Which episode of Fantastic Max is this picture from?
10
What TNG episode is this clip of Jean-Luc Picard wearing a suit from?
90
From which Star Trek TNG episode/movie has this famous facepalm image been taken?
15
The Next Generation episode where Picard encounters a life form (alien) who speaks in allegories (not Darmok)