Why didn't Robb Stark march his men down the west side of the trident?

Why didn't Robb head straight for Riverrun down the west side of the Trident from Moat Cailin, circling around Greywater Watch? Instead, he stayed on the King's Road and had to bargain with Walder Frey to cross at the twins. 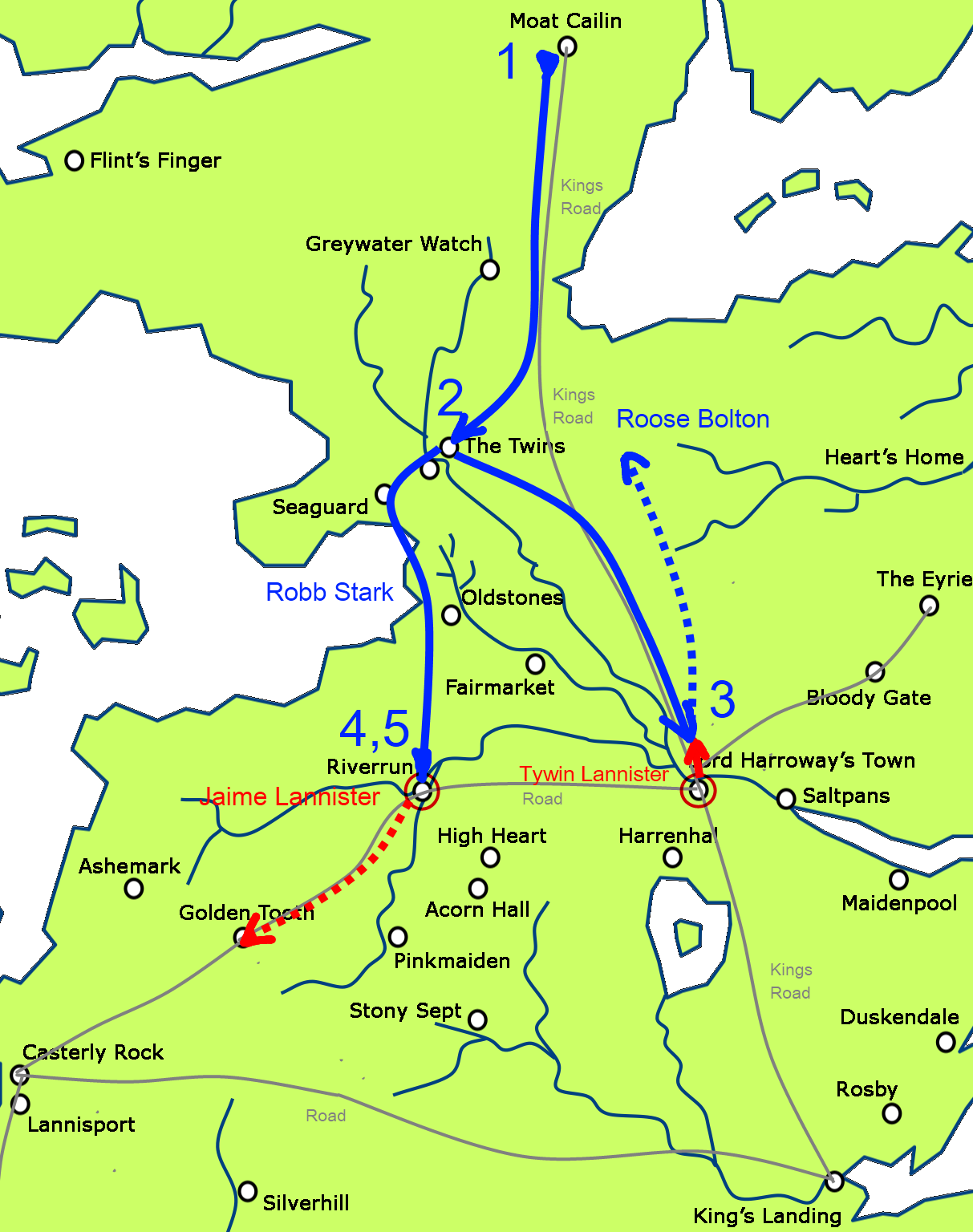 The King's Road is the only safe passageway through The Neck, which extends from about Moat Cailin to some point past Greywater Watch. The Neck is very treacherous terrain, filled with swamps and quicksand. It's mentioned that only the crannogmen are able to traverse it safely.

I think Sconibulus covered the main point - the Neck is treacherous land which is safely traversable only by those who know it well. I would also add that even if Robb and his men knew how/where to go to cross the Neck away from the King's Road, that this would still be impractical to actually do given the large number of men/horses involved. It's unlikely a safe passage could be found for such a large group travelling together, and if it could, there would likely already have been a road built on it sometime in the past.

21
Why does Robb Stark need ships to get to King's Landing?
25
Confusing movements of Lannister Armies under Jaime and Tywin?
5
Where in the books did Robb Stark promise Lord Frey to take his daughter as his queen?
24
Why didn't Pycelle throw Ned Stark off the scent?
10
Why didn't The Hound leave Arya Stark at The Eyrie?
9
In the show, did Robb Stark legitimize Jon Snow?
3
Why did Robert and Rhaegar fight at the Trident instead of down south in the Stormlands?
12
Why didn't Robb Stark give Rickard Karstark the option to take the black?
21
Why was Robb Stark married under the Light of the Seven?