In the 70's I watched a movie that stuck in my mind, but I don't remember the name. Can anyone help me?

The plot is as follows:

The movie is in the current day (1970's). In the US (Houston), NASA is planning on sending the first manned vessel into space. The story follows the astronaut and his family preparing for the voyage. The spacecraft is launched successfully, but after a few days in space has difficulties and loses radio contact with the base. Back at the base they assume it is lost and that the astronaut is dead. They have another craft which they bring up to readiness to launch.

At the time of the launch, once the launch sequence has started, the first craft suddenly appears heading back to earth with the astronaut alive; however, he does not have control of the craft and it is running on automatic. The first craft crashes into the second craft, causing major destruction of the launch site. The move ends with the program director (who is in a wheelchair) looking at the debris a few weeks later.

The Wikipedia entry includes this in the plot summary:

...The shuttle detaches from Phoenix and loses contact with EUROSEC, falling through the atmosphere towards the Space Centre with Ross struggling to disengage automatic landing control. EUROSEC is unable to repair the fault from the ground, and Doppelganger crashes into a parked spacecraft. Ross is incinerated in the collision and a chain reaction obliterates the Space Centre, killing personnel and destroying all records of Ross's presence on the Counter-Earth.

Decades later, an embittered Jason Webb, long since dismissed from EUROSEC, has been admitted to a nursing home. In his dementia, the old man spies his reflection in a mirror mounted on a window. Rolling forwards in his wheelchair, and reaching out to touch his image, Webb dies when he crashes through the mirror. 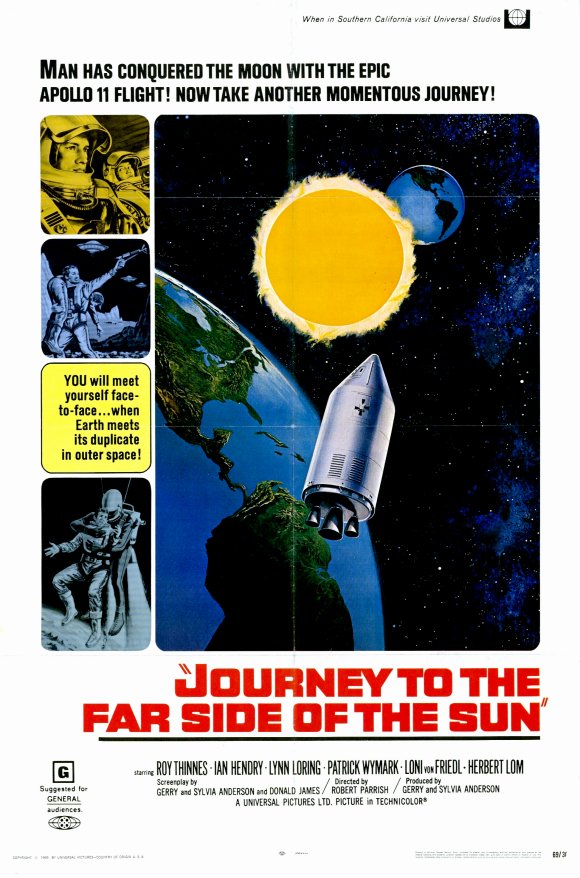 10
What is the name of the black&white movie about a mirror Earth (universe)?

3
Name of movie with a demon or god made of clouds
3
Need the name of an old classic SFF movie
11
Name of a YA sci fi anthology?
1
I need to find the name of a movie about a portal to another world
8
What is the name of this science fiction novel involving an alternative history?
3
Trying to find an animation sci-fi movie from late 80s-90s
13
Old sci-fi novella where a space flight (and its astronaut protagonist) are threatened by radical anti-technology activists?
4
Need help remembering a Space movie!