Why didn't the Reavers murder and mutilate everyone on Miranda?

In the movie Serenity, Mal and his crew travel to Miranda where they discover

that the Alliance had added a chemical called the Pax to the air supply on the planet. The Pax was designed to pacify the population and make them less aggressive, but the crew finds many bodies with no evidence of trauma or injury because the Pax caused most of the population to stop doing anything and simply die. However, they also discover a recording which reveals the origin of the Reavers -- the 0.1% of the population of Miranda which had the opposite reaction and became insanely aggressive.

A plausible explanation is given in the Firefly Wiki article on the Reavers:

It has been observed/implied on at least two occasions that Reavers do not bother with already-dead prey, preferring, if not insisting, that their victims be alive. At one point, three Reavers were about to attack a man, but when Mal shot him, they gave up their effort. At another point, Mal, Zoë, Jayne, and River were on their Mule, being chased by a Reaver hovercraft. When Jayne questions why the Reavers did not destroy the Mule, River muttered to herself, "They want us alive when they eat us." Both these events take place in the film. In the same vein, the Reavers did not bother to attack the 99.9% of Miranda's population that were pacified by the chemical, as these people would have had no reaction.

However, the article does not appear to cite a canon source for its explanation. Moreover,

Has a canonical source provided an explanation?

Your question assumes that the Reavers were "born" before the rest of the population died. But I would argue the opposite: the process was probably parallel. It seems unlikely that people drew in a single breath of the Pax, went insane, and started killing people.

More likely, the "Reaver-ification" took time, just like the "sloth-ification" of the rest of the population did. They got irritable, and then they got angry. No doubt they were INCREDIBLY frustrated with their friends, who were too tired to move. They probably got more and more angry as the rest of the population began to starve, eventually turning on each other as the only ones who would respond. Hell, watching their friends and family die around them was probably part of them going into a homicidal rage, or perhaps part of why they left the planet: I could see a mob of crazed rage-aholics seeing their world die, thinking it was a plague or some sort of attack by "those damned scientists and doctors and foreigners and GAHIjustwanttokilleverybodyrrraaaahhhhh!!!!", and blasting off-world.

So by the time the rest of the population was dead, the Reavers were finally born, and had possibly already left. Whether out of a half-remembered respect for their friends or simply a matter of timing, they didn't disturb the bodies before they left Miranda.

This is never explicitly said, but it's a reasonable assumption based on the nature of how the Pax affected the rest of the population. Plus, medications in the real world often take some time to take effect, and the one (admittedly non-Pax-related) Reaver "birth" we see in Bushwhacked took a while to reach "full madness."

Note that the crew land the ship on one of the half-dozen empty spaceport platforms in the previous scene:

Given their known predisposition for ignoring dead victims there simply wouldn't have been time for the remaining reavers to kill or mutilate more than a tiny percentage of the population before they started dying off.

Dr Caron : I have to be quick. There was no one working the receptors when we landed, so we hit pretty hard. We can't leave. We can't take any of the local transports because...

It's left to the imagination why they can't use local craft but it could well be because there simply aren't any left to commandeer.

That being the case, given the the small numbers of Reavers in the first place (less than 30,000 on a planet of 30 million inhabitants) and the small proportion of the city that we see, it's not surprising that the crew didn't stumble on many inhabitants that had been attacked by the reavers:

Gleaming metal, spread out for miles in every direction. Small portions have been decimated by fires or explosions long since cold, others are overgrown with weeds, but most of the city is intact. So silent, as if trapped in amber.

As evidence of this, several of the corpses that River sees in her vision do seem to exhibit signs of mutilation (Warning - Very NSFW!) 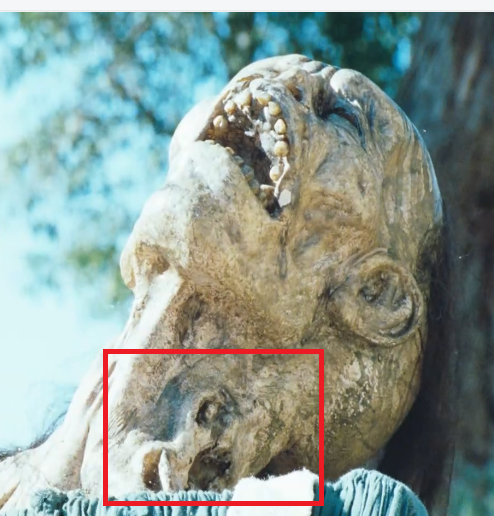 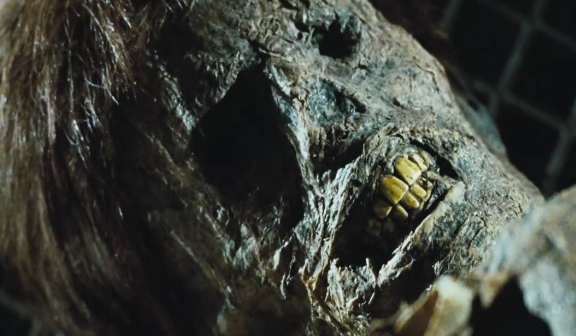 Given we have evidence of mind reading (River) being done by the same Alliance who puts together Pax, it's possible that Pax does something to connect people on a psychic level. For most people, this leads to catatonia as they cease to see any importance in the individual, as they join minds with everyone. The outliers, the proto-Reavers, are the people who, due to whatever quirk in personality or brain chemistry, get pleasure from being connected to the minds of people in pain. Those who laid down to die on Pax had nothing to give because they'd already essentially vacated their body. Thus, they're not targets anymore.

That said, this has no real canonical backing, just my idea based on what canonical information we do have.

A small point to add: even assuming that one tenth of one percent of the population could physically contact the rest of the population, they'd have to be pretty darn organized. I don't mean to be insensitive but consider that many of the worst genocides in our history have actually taken quite a bit of systematic and organized (the word "efficent" comes to mind) action.

In the case of the Reavers, they didn't just go around collecting and gassing people en masse, they would gang up on one person and rape them for hours. Not very likely to reach the entire population.

32
How are the series Firefly and the movie Serenity linked?
41
In the movie Serenity why can't they transmit video?
20
How did River Tam end up in Alliance hands between the series and movie
54
Why does everyone in Firefly speak Chinese?
11
Why was Miranda chosen?
14
Does the high radiation on Reaver ships have any effect on Reavers?
20
Why didn't the Alliance destroy The Reavers?
28
Are all of the Reavers and Alliance destroyed in the final battle in Serenity?
14
Why did the details of River's rescue change for the movie Serenity?
14
Do the Reavers have any sort of hierarchy?